How much has the shutdown hit the US economy?

President Trump says there is a border "crisis"

Washington is at a standstill, as US President Donald Trump and Democrats feud over his demand to include $5.7bn (£4.5bn) for a border wall in a new spending bill.

The fight has closed parts of federal agencies since 21 December and is on track to be the longest government shutdown in US history.

Food inspections have halted. Listings of new companies are on hold. Mortgage approvals have been delayed and the release of certain economic data has been suspended.

But how much of a difference does the upheaval make to the economy?

For those outraged by the impasse, the answer may be unsatisfying because, at least for now, it appears to be - not much.

Economists estimate that the shutdown is likely to shave between about 0.04% and 0.07% of gross domestic product (GDP) off economic growth per week - an average of just over $1bn a week.

That is far less than estimated losses of more than $20bn incurred during the 16-day shutdown in 2013, which affected much more of the government.

"As long as this shutdown is relatively short, these impacts are going to be fairly modest," says Joel Prakken, chief US economist for Macroeconomic Advisors by IHS Markit.

Where are the losses coming from?

The fight has closed parts of most major departments, including the State Department, the Treasury Department and the Department of Homeland Security.

The most immediate pain stems from those closures, which mean about 800,000 federal workers will not receive pay this week. Many contractors are also affected. 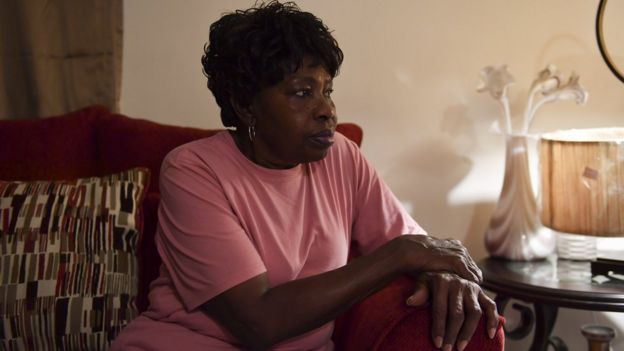 Lila Johnson's last pay cheque was at the end of December

Lila Johnson, 71, is a member of the 32BJ SEIU labour union, which represents about 2,000 custodian and security guard subcontractors at federal agencies involved in the shutdown.

Her part-time job, as a custodian at the Department of Agriculture, pays $22.10 an hour and helps to supplement her retirement as she cares for two great-grandsons.

But her last pay cheque arrived at the end of December.

Ms Johnson is now relying on her Social Security benefit to keep up with car payments, credit card balance and other bills - and is starting to fall behind.

"It's a struggle," she says. "I have to pay a little here and a little there. I'm doing the best I can... but people need to go back to work to take care of their families."

But you said the impact was minimal?

While wages for contractors like Ms Johnson are uncertain, in previous shutdowns, federal workers have recouped their pay.

Many also earn enough to absorb a hit to their finances without seriously reducing other spending - as long as it's temporary.

The average annual compensation, including benefits, of the federal workers affected is more than $100,000, according to Mr Prakken.

Most importantly, unlike previous shutdowns, this one involves much less of the government - the bill concerns only about 25% of money Congress allocates to fund the government. And about half of the staff going without pay are still working, minimising wider disruption.

There are other losses - such as cancellations at national parks which are closed. But it is likely tourists are spending their dollars elsewhere, mitigating the wider economic effect.

"While it is certainly a concern, the size of the impact is rather small," says Beth Ann Bovino, chief US economist at S&P Global. "We are a $19 trillion economy after all."

What if this continues?

Right now, much of the pain is being felt in areas with large concentrations of federal workers, like Washington, DC, where Moody's Analytics estimates that one in six jobs are potentially affected.

But as the shutdown persists, economists warn that the delays and lost pay cheques will start to add up.

"Even though it is a small amount, it still hurts," Ms Bovino says.

Already, the chaos, suggestive as it is of political dysfunction, is likely to have hit confidence.

The business world is also worried about missing certain economic data, including retail sales GDP figures, at a time of uncertainty over the economy's direction.

"We would have a less clear picture into the economy if it were to go on much longer," Federal Reserve chair Jerome "Jay" Powell warned on Thursday, adding that an "extended" shutdown would hurt growth. 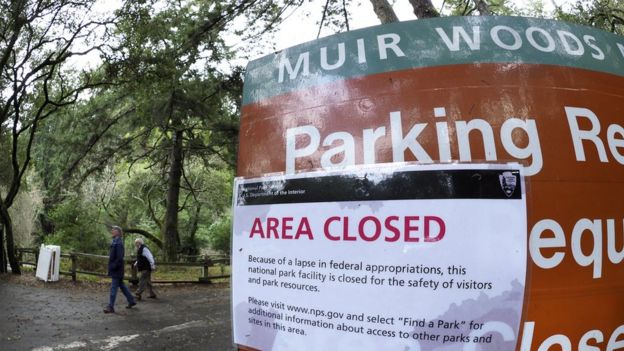 Tourist dollars are being diverted from national attractions

Michael Roosevelt, co-owner of a small brewery in New Jersey, expected to open an expansion this month that would allow his Alementary Brewing Co to roughly quadruple its output and lead to the hiring of several new workers.

But he's still waiting on a licence from the federal Alcohol and Tobacco Tax and Trade Bureau, which is shut, while paying about $1,000 per day to cover the new lease, utilities and equipment loan.

"In another week or so, that's when the panic is going to set in," he said.

‘COVID could push millions into poverty’

Ghana reinsurance to capitalize on strength

Will Trade be the same after Covid-19?

Cedi performance has been the best

How other economies dealing with downturn?

GOIL to improve quality of products
Next Item