Huawei has launched a range of new flagship smartphones despite the coronavirus pandemic.

The firm unveiled the P40 phones a day after the firm's founder announced that 90% of the company's 150,000 China-based employees had returned to work.

But experts say demand for the handsets will likely be weak outside of its home market, at least in the short-term.

They say many consumers and businesses are focused on buying laptops, PCs and tablets if they are spending at all.

"Smartphones are not a priority and certainly not premium ones," commented Marta Pinto from market research firm IDC.

"People's consumption confidence is falling because they are more concerned about buying things like groceries and whether they will keep their jobs.

"Even if you are still buying, because you're working from home, you'll probably purchase a laptop and monitor. Or because kids need to go to school online, you might buy them a tablet or Chromebook." 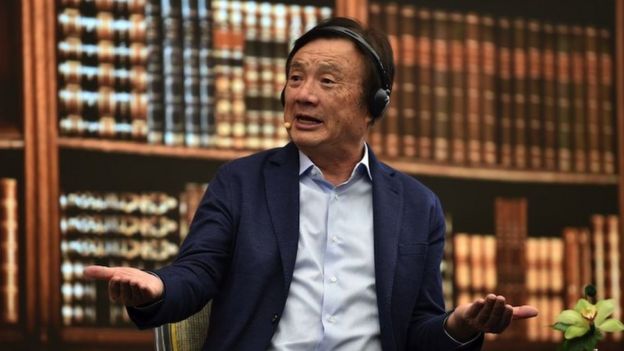 The new handsets were unveiled via a livestreamed video feed rather than at one of the big-budget events Huawei typically hosts.

Unlike last year's models, the P40 phones lack Google services - including its YouTube, Maps and Play Store apps, and the Google Assistant - because of a US trade ban.

That makes them a difficult sale outside of China, where Android phones come preinstalled with alternatives. 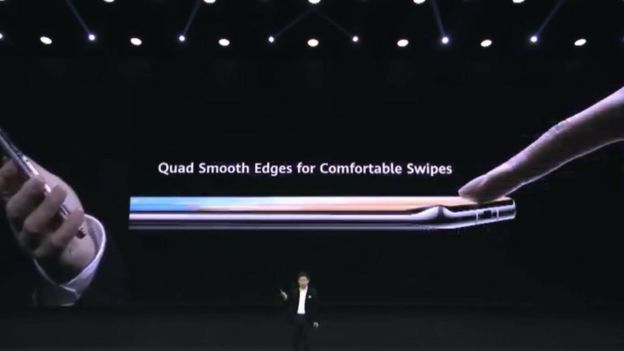 But as a result, one company-watcher suggested that the firm might actually be in a better place to deal with the consequences of Covid-19 than its rivals.

"Huawei was already pretty much locked out of markets outside of China, and had factored in a pretty tough trading environment for the next year or two," explained Ben Wood from CCS Insight.

"So, it is other phone-makers that have a bigger shock to deal with. LG and Sony's smartphone divisions, in particular, were already sub-scale and may not survive.

"And don't forget, that the majority of Huawei's sales are still coming from its home market in China, where it's been selling over 40 million units on a quarterly basis. And that market is recovering faster than others having already endured coronavirus and seems to be coming out the other side."

Huawei remains the world's second bestselling handset-maker, but had once aimed to overtake Samsung before the end of 2019.

Founder Ren Zhengfei told the Wall Street Journal that his firm now planned to boost its wider research and development budget by $5.8bn (£4.8bn) this year, taking it to more than $20bn. And part of that is being spent on building up its own library of apps.

"In markets outside of China, we don't see significant [smartphone] growth," he added.

"We are taking measures to address that."

There are three versions of the new phones: the standard P40, with a 6.1in screen, and a larger mid-range P40 Pro and high-end Pro+, which both have 6.58in displays. That makes then slightly bigger than Apple's iPhone 11 Pro Max. 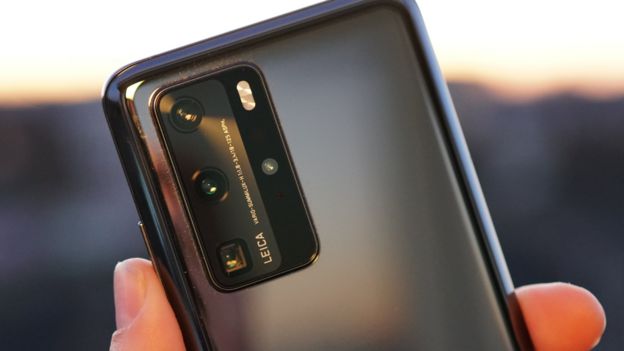 All support 5G. The basic model has three rear cameras, including one that is capable of a 3x optical zoom - meaning users can tighten in on the subject without sacrificing quality.

The P40 Pro adds a time-of-flight depth sensor and upgrades the telephoto lens to a periscope design, allowing light to be reflected into the device to deliver a 5x optical zoom.

And the Pro+ betters this with a 10x optical zoom periscope lens. If a digital effect is employed, the Pro+ can achieve 100x zoom. This matches Samsung's Galaxy S20 Ultra - but Huawei claims to produce a better shot.

Huawei also said its phones featured bigger camera sensors than those found in either the Galaxy S20 series or iPhone 11 range, giving it an advantage in low-light situations when the owner does not want to use the flash.

Other standout features include:

The Huawei App Gallery includes TikTok, Telegram, Viber, and Microsoft Office among other products. But beyond Google's apps, it is also missing Twitter, Facebook and WhatsApp.

To help make up for the loss of YouTube, the firm has created its own Huawei Video app.

Huawei Video will include BBC drama, comedy and factual TV shows in 26 countries outside the UK.

And to replace the Duo video chat app, it offers MeeTime, which it claims offers superior performance in low-light conditions.

"The design of the devices is superb - they are very sleek," commented Ms Pinto.

"And it's clever that they've been able to bring more stability to the ultra-zoom lens than Samsung did with its S20 Ultra, assuming the P40 Pro+ lives up to its promise.

"But it remains a hard sell, because would you actually want to use something like MeeTime rather than WhatsApp?"

Govt to issue bonds worth GHC22.3bn in Q1

COVID implications on trade and investment