After London, New York and Milan, Paris Fashion Week is coming to a close.

It has had its share of talking points - here are some of the controversies, catwalk looks and revealing outfits that attracted attention in the French capital. 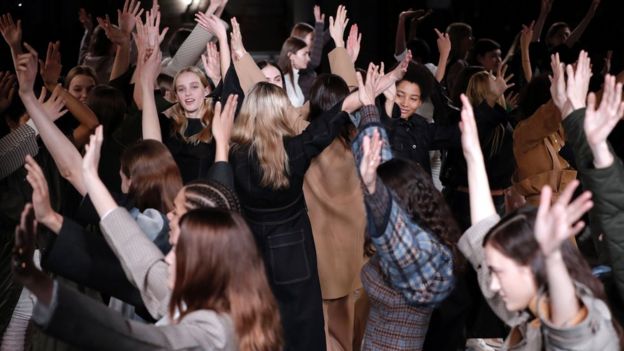 Stella McCartney paid tribute to George Michael during the unveiling of her autumn/winter collection.

Her show saw a group of models walk out to a remixed version of Faith, complete with a dance routine at the end.

Many of the audience members got up to dance, including the designer's sister Mary McCartney. 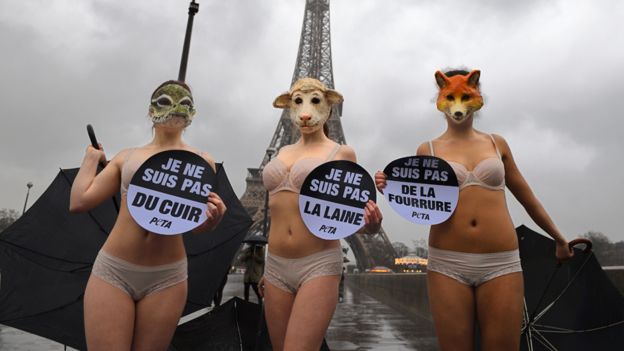 Three women wearing animal masks staged a protest by the Eiffel Tower to protest against some designers' use of fur.

They held placards which translate as "I am not leather", "I am not wool" and "I am not fur" during the demonstration, organised by animal rights group Peta. 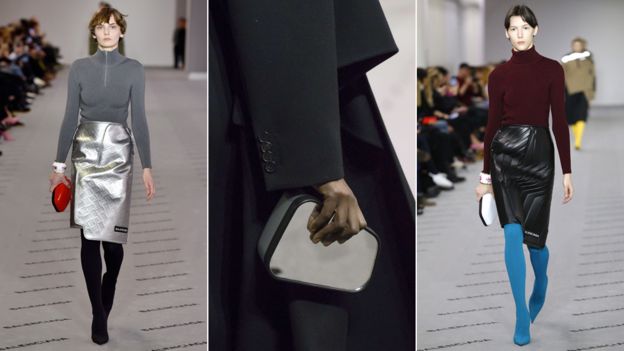 Balenciaga hit the headlines last week after they fired their casting agency over accusations of malpractice.

The agency was accused of mistreating 150 models who were left waiting on a staircase for three hours with no access to food or a bathroom.

James Scully, a prominent casting director, drew attention to the issue after alleging on social media that models had been subjected to "sadistic and cruel" treatment at the hands of the agency.

The fashion house tried to put the spotlight back on the clothes on Sunday with wrap-around skirts inspired by rubber car mats. 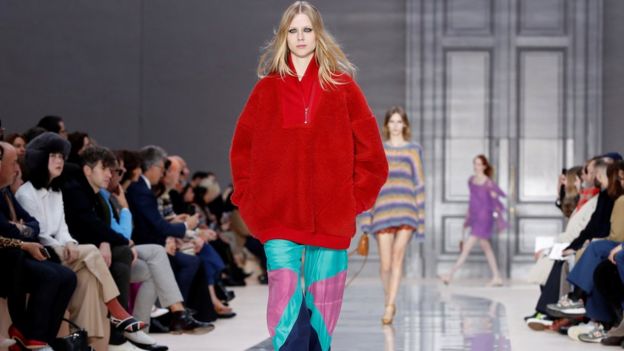 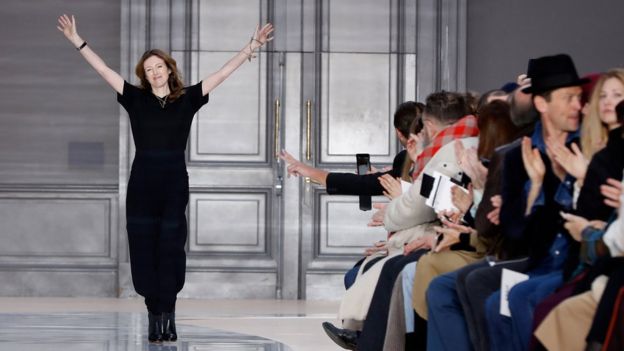 British designer Clare Waight Keller (above) unveiled her final collection for Chloe after five years with the fashion house.

She is reported to be in talks to move to Givenchy - watch this space... 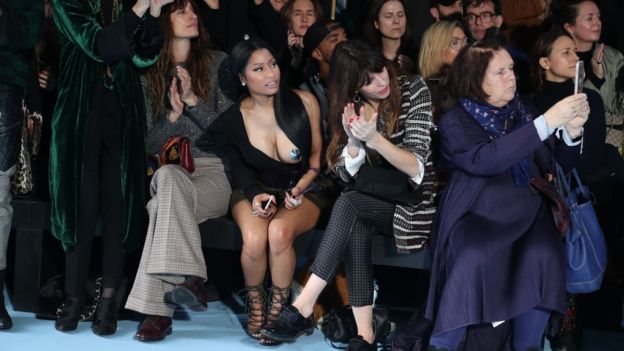 Arguably the biggest talking point of Paris Fashion Week actually came from a rapper rather than a fashion figure.

Nicki Minaj sat in the front row of the Haider Ackermann show, sandwiched between Caroline de Maigret and Lou Doillon.

Her outfit - which left her left breast exposed, with just a small silver square covering her nipple - attracted more attention than any on the catwalk.

Rihanna goes back to school 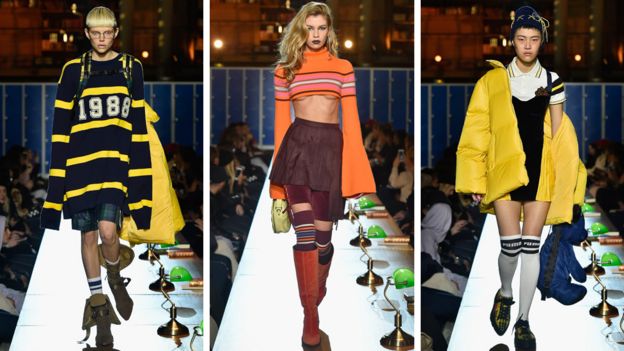 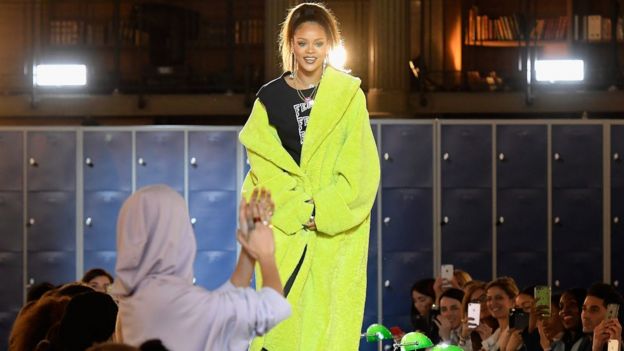 Rihanna took over France's National Library to show off her colourful new school and college-inspired collection.

It was the third range of clothing unveiled by the pop superstar under her Fenty brand - her surname - which she has created with Puma.

Chanel goes out of this world 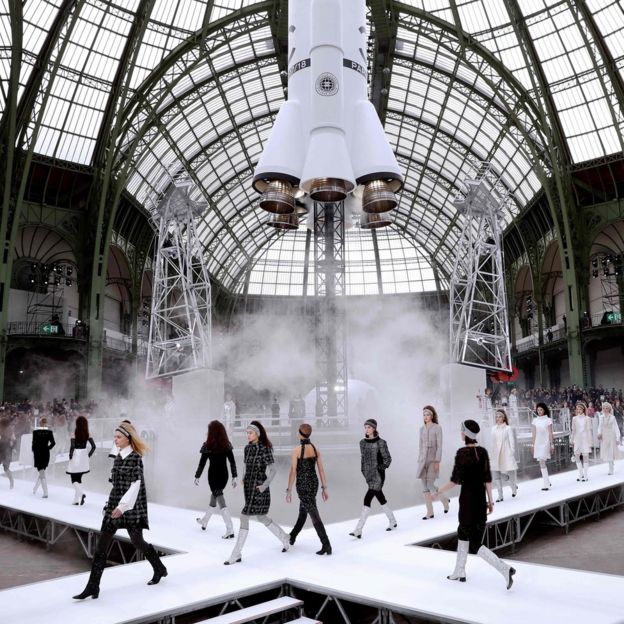 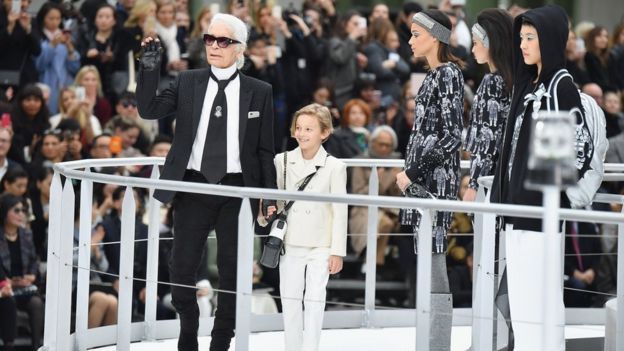 Chanel chose a space theme, with a rocket towering over spectators and models at the Grand Palais.

Models wore sci-fi-inspired designs overseen by Karl Lagerfeld. The godfather of fashion is also the godfather of Hudson Kroenig, who joined him at the show