George Clooney has surprised an 87-year-old fan with a bouquet of flowers for her birthday.

The Hollywood A-lister turned up unexpectedly at Sunrise of Sonning, a care home in Berkshire, on Sunday to treat resident Pat Adams.

Staff had written to Clooney, who lives nearby, telling him a visit would make Pat's dreams come true.

"This was a classy gesture from a wonderful man," a Sunrise UK spokesman said.

"She was absolutely thrilled to meet her great icon, and it was such a lovely surprise to see George greet her with flowers and a card."

The spokesman said Clooney was holding the letter staff had sent to him when he rang the doorbell asking for Pat.

He said staff regularly try to fulfil their residents' wishes as part of an ongoing programme, but added: "They didn't think they would be able to pull this one off." 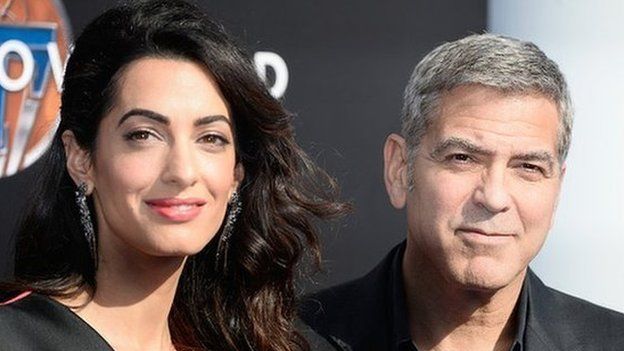 The care home's concierge, Linda Jones, posted on Facebook that she was in "utter shock" when she saw the Oscar-winning star arrive.

She said that Pat "loves George Clooney and mentions everyday how she would love to meet him".

Clooney moved to Sonning, where he lives with his human rights lawyer wife Amal, in 2014.

Paris Hilton Is a Mom!

How Bell’s palsy stopped me from acting

'Rust' to resume production with Baldwin

Beauty and the Beast pulled from cinemas
Previous Item
NEXT

Streaming On DStv Now Sees A Steady Growth
Next Item