Harris was previously diagnosed with prostate cancer in 2007

Veteran broadcaster Bob Harris is to take a break from presenting his BBC Radio 2 country show after suffering an aortic dissection.

The condition occurs when there is a tear in the wall of the major artery carrying blood out of the heart.

"The aorta is basically the M1 of the body and any damage is regarded as extremely serious," said Harris.

"I am not exactly sure when I will be on air again but I am on the road to recovery now," he continued.

Harris, known to fans as "Whispering Bob", said he suffered a tear to his aorta while out walking 10 days ago.

"It was an incredibly scary moment and I am massively indebted to the ambulance crew who attended so promptly," he said,

Harris, 73, also paid tribute to the Intensive Care team and consultants at Oxford's John Radcliffe Hospital, his wife Trudie and his "wonderful" family. 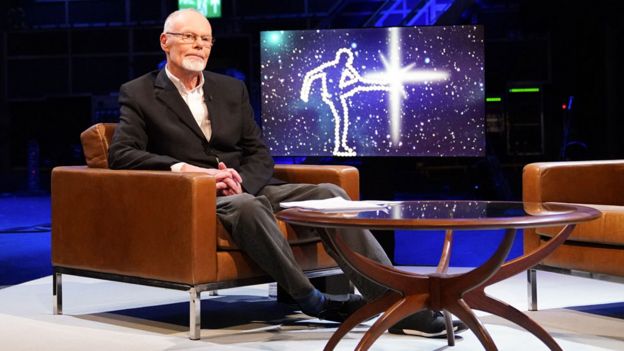 Paul Sexton will host the next two editions of Harris's hour-long show, which airs on Thursdays at 21:00 BST.

"We wish Bob a very speedy recovery and look forward to welcoming him back to Wogan House when he's ready," said Radio 2 head Lewis Carnie.

Harris, who was made an OBE in 2011 for services to music broadcasting, was diagnosed with prostate cancer in 2007.

Last year, he presented a special edition of The Old Grey Whistle Test, the iconic BBC music programme he fronted from 1972 to 1978.

He also made a cameo appearance, as himself, in the recent film release Wild Rose, about a wannabe country music singer from Glasgow.

According to the British Heart Foundation, an aortic dissection most often occurs because of a tear or damage to the inner lining of the artery.

It is a rare and potentially dangerous condition that requires all people who have it to take medication to control their blood pressure, usually for the rest of their lives.

The 74-year-old returned to host Sounds of the 70s and The Rock Show in March.

J Lo says she nearly fell off a cliff filming

'We don't have enough female voices'
Next Item