The number of people watching news on TV is falling, but social media is growing in its popularity as a news source, according to Ofcom.

The broadcast regulator's annual news consumption report looks at how consumption habits are changing in the UK.

TV remains the most popular news platform, but usage has dropped from 79% of adults to 75% in the last year.

Other findings from this year's report include:

One graph in particular showed the overlap in how adults - those aged 16 and over - consume news on the four major platforms.

For example, just 1% of respondents said they solely use newspapers, while 13% exclusively use the internet. Around 14% said they use all four of TV, radio, the internet and newspapers.

That is matched by the 14% of respondents who only use television and the internet. 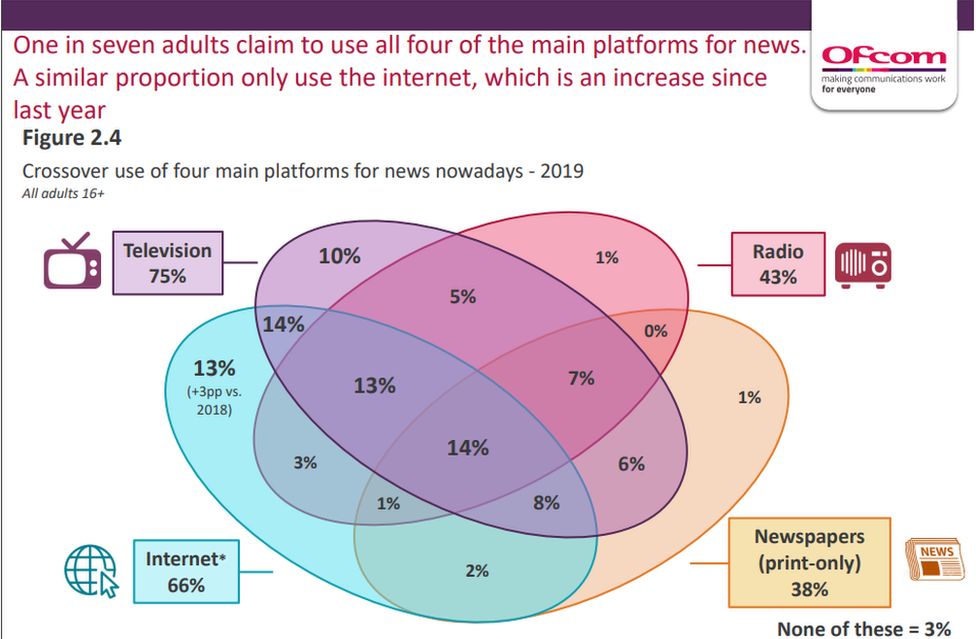 The Weeknd, others lead AMAs nominations

BBNaija All Up For Eviction
Previous Item
NEXT