Buku Abi: 'Being R Kelly's daughter is a double-edged sword'

Buku Abi is the daughter of R.Kelly

Buku Abi says everyone at school knowing she was R. Kelly's daughter was so bad it made her feel suicidal.

The 21-year-old says music saved her and she now feels ready to launch a career in the industry.

In an interview with the Associated Press she said being R. Kelly's daughter is like "a double-edged sword".

R. Kelly is currently being held in a Chicago jail over several sexual abuse charges, which he denies.

The accusations include sexual assault, abuse of a minor, making indecent images of minors, racketeering and obstruction of justice. 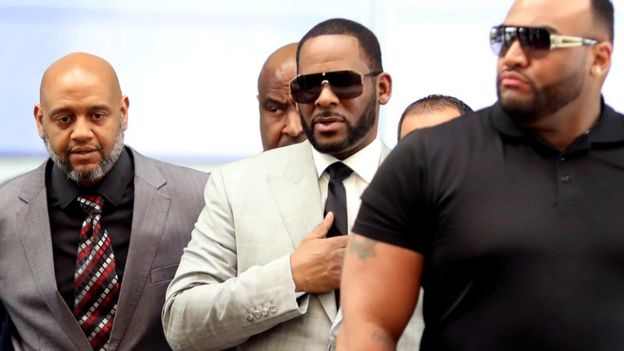 R. Kelly was seen attending a court hearing in Chicago in June

Buku Abi, born Joann Kelly, is the daughter of Drea Kelly, who featured extensively in the Surviving R. Kelly documentary.

Buku - who's previously called her father a "monster" - says it was when she first went to public school as an early teen that she heard stories about her dad for the first time.

"At home it's normal, you're living a life with your parents - your dad and mum aren't going to go into all the bad things that might be going on outside of home," she said.

"But kids in school don't necessarily care. Fifth and sixth grade is when I started learning the sore part of it, the not so good part."

She says one of the hardest things was rebuilding the image she had of her father while she was at school.

It wasn't until she started singing at high school that she says she felt a sense of purpose.

"Clearly I can't keep running from this anymore. Ever since then, I've been in it and it's literally saved my life," she said about performing on stage. 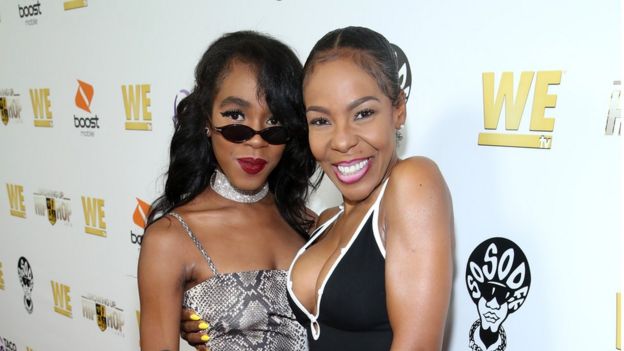 Now Buku's working in the music industry under a new name, things have been better - but not perfect.

The singer's album Don't Call Me is out later this year and was produced by her brother Jay.

Despite saying she now has no contact with her father, this wasn't always the case.

She recorded a song with him for his 2015 album The Buffet called Wanna Be There, about their broken relationship.

"At that time I was in a place where I was genuinely trying to have a relationship with my father," she said.

"But it was so complicated at that time, as it always is. I'm glad that I did it, but it just wasn't like what everybody assumed."

Delay named Woman of the Year