The government has expressed its readiness to give farmers technical and financial support to grow high quality vegetables all-year-round to meet demand from the growing population of oil workers offshore.

The country’s upstream operations offshore at present has three independent fields, Jubilee, TEN and OCTP-Sankofa where three-production platforms – FPSOs are moored for production with hundreds of staff. The staff spend a minimum of 28 days offshore.

The indigenous Ghanaian companies which are into catering, logistics and other support services to offshore platforms currently source their foodstuff locally. However, the main challenge is that, the foodstuff sourced are seasonal.

They explained that items such as okro, carrot, tomato, peppers, watermelon, pineapple and mangoes,  were seasonal but with a well-supported programme, such as a greenhouse production, they could meet the cyclical demand.

Their resolve not to import what could be produced or sourced locally should have a corresponding supply chain in the country.

At the just-ended Petroleum Commission’s stakeholder engagement at Nkroful in the Ellembelle District in the Western Region, participants lauded the move by the government to support farmers to scale up to benefit from the value chain.

Addressing the session of the two-day annual community-relations conference by the Petroleum Commission, the Minister of Energy and Petroleum, Mr Boakye Agyarko, said the government was conscious of the challenges of the frontier and inland communities of oil exploration activities.

The flaws of the mining sector, he stated, could not be revisited. “Our communities cannot be relegated to the background. They deserve to enjoy the benefits since they own the oil and gas resource. The government will not fail the people of the Western Region and other parts of the country,” Mr Agyarko declared.

The minister added that agriculture had a very significant role to play in the increasing interest in the country’s upstream sector. There was the need, therefore, to promote the sector and agro-based businesses, cottage industries and allied trades that would supply (feed) the oil and gas industry.

The truth remains that the oil resource is non-renewable which can only last a generation, and requires prudent management to secure the future of the country.

The discussions at the forum centered on unemployment among the youth in the region, cost of living due to occupational movement of workers, the need to improve poor educational, health infrastructure and other social-related issues.

Mr Agyarko called on the people to understand the government’s immediate focus on ensuring sustainable alternative livelihoods by exploring forward and backward linkages of the oil sector to other sectors of the economy. 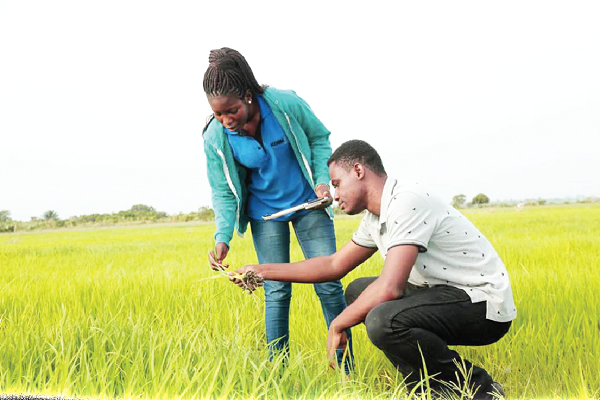 Mr Agyarko stated that the fisheries subsector served as a major source of employment, livelihood and a way of life for the communities along the coast. “However, the fishing industry has faced serious challenges in declining stock not only in the country, but globally.

“We have heard several reasons or perhaps alleged causes of this decline which some have linked to an increase in oil and gas activities. Let me use this opportunity to assure this gathering and the people of the Western Region that, these allegations are unfounded and do not have any scientific proof,” he said.

As coastal regions hosting the oil industry, the government is working through its donor partners to find appropriate means to enhance the fishing industry. One of such efforts is the proposed Fish for Development (FfD) project, which is modelled along the Oil for Development (OfD) concept.

The Ministry of Fisheries and Aquaculture, and the Fisheries Commission, are expected to lead the process with support from the Norwegian government to return the sector to its glorious days, the minister revealed.

Mr Agyarko said that was why the government deemed it important to ensure that communication and awareness creation, training of the host communities, providing community support were done though the frantic efforts of the Petroleum Commission to get it right.

Officials of the Petroleum Commission, led by the Chief Executive Officer, Mr Egbert Faibille Jr., and other stakeholders also explained the new trends of the industry to the people.

The regulator promised sustained channels to ensure that stakeholders were constantly engaged so that they could pick feedback to improve on operations and interactions, among others.

Radio stations must be responsible - UNESCO