A section of officials at the event

Chinese nationals constitute the greatest number of foreigners arriving at the Kotoka International Airport (KIA) with an average of 60 people entering the country daily.

According to the head of intelligence at KIA, Chief Superintendent of Immigration (CSI) Lydia Achel, the number of Chinese arriving in the country had steadily increased to its current threshold after government’s One District, One Factory initiative was launched in August 2017.

She explained that the initiative has become a key reason for the mass arrival of the Chinese after many of them were deported during the height of galamsey in the country. 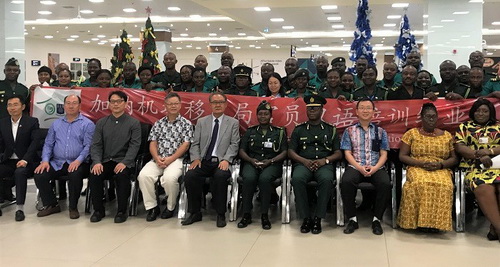 Under a Memorandum of Understanding signed in Beijing last, the China National Building Materials and Equipment Import and Export Corporation (CNBM) would support up to 85 percent financing of viable projects recommended by the One District One Factory secretariat which China has earmarked a funding facility of up to $2 billion.

CSI Achel stated that even though Ghana has become a destination of choice for the Chinese in recent times, nevertheless some are still deported if they do not have satisfactory reasons for seeking entry or do not have legitimate business to transact. 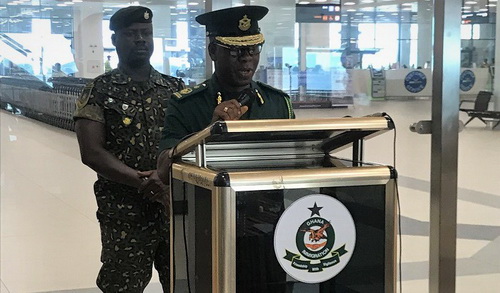 The head of intelligence at KIA who was speaking on behalf of 38 immigration officers at the closing ceremony of an eight weeks intensive Chinese language proficiency course at the airport, terminal 3 last Friday, said the course came at an opportune time to mitigate the inconveniences of language gap that affects the effective screening of passengers who pass through the airport.

The language course organized by the Confucius Institute at the university of Ghana, Legon and sponsored by the Chinese embassy was to equip immigration officers with basic Chinese language skills that will help facilitate encounter with Chinese nationals at the airport. 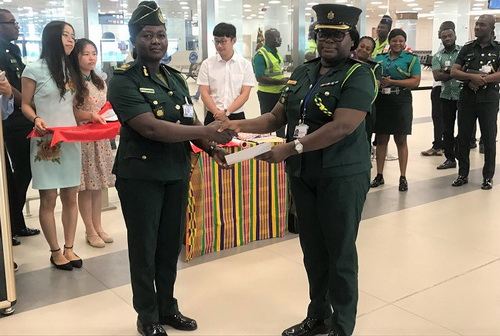 CSI Achel believes that the burden of communication should not be on the travelers’ shoulders only and that casual conversation with native speakers of a foreign language is a priority at a time when there are dire security implications for the smallest lapse.

She said immigration officers on the front lines are the first to encounter foreign travelers and acquiring basic foreign language skills is crucial which informed the service’s decision to participate and achieve the full benefit of the course. 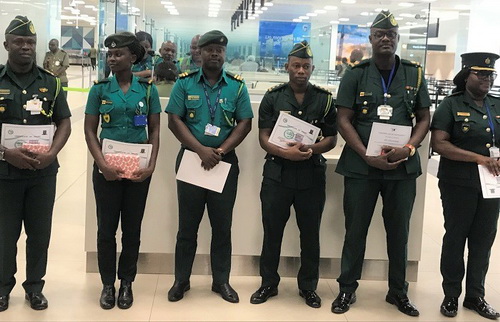 She expressed gratitude to the Chinese embassy for their diverse support to the command in the area of logistics’ supply and capacity building of its officers.

Mr Zhu Jing, the Political Counsellor at the Chinese Embassy in Ghana said it was common across the globe that immigration officers learn additional languages in order to communicate effectively and understand their travelers better.

In that regard, he expressed optimism that language acquisition will boost further economic opportunities in the areas of infrastructure, agriculture, manufacturing and development of small and medium-sized projects that are currently being undertaken by the government in collaboration with China.

The Deputy Comptroller General, Immigration, OPS Laud Kwasi Ofori Afrifa, said an effective immigration officer especially at a control point is the one who can interact very well with every passenger who arrives in a country.

“For immigration officers, language is a very important skill as we deal with many nationals …so it is important and appreciated that the Chinese embassy having seen the great number of Chinese who enter this country and decided that it will be good to equip us with basic skills so that our officers can interact very well with the number who pass through here”, he said.

While admitting that translation services are provided on request, he said it usually leads to unnecessary delays with some of the translations not matching up to standard, hence it was important for the officers to equip themselves in order to speed up the facilitation process.

In her remarks, the Ghanaian director of the Confucius Institute at the University of Ghana, Dr. Josephine Dzahene-Quarshie encouraged the officers to maintain and build on the level of proficiency they have acquired in the Chinese language through independent study and by speaking it at every given opportunity.

The officers used the occasion to demonstrate their proficiency in the Chinese language through a display of possible scenarios at the airport. The officers were awarded with certificates, pen drives, power banks and external hard drives for their participation.

US military uses portions of terminal 1