The University of Ghana (UG) has launched its first-ever alumni homecoming to raise funds to support the UG@70 endowment fund.

The endowment fund was set up as one of the major activities highlighting the university’s 70th anniversary to provide non-restricted funding to enable the university to deliver on its mandate and provide additional facilities and resources to enhance teaching and learning.

The homecoming, which is slated for August 9 to 11, is also to commemorate the university’s 70th anniversary and create an avenue for the alumni to network.

The Vice Chancellor (VC) of the university, Professor Ebenezer Oduro Owusu, in his remarks commended the alumni for being vibrant in events concerning the progress of the school, adding that “the benefit of the school having such vibrant alumni cannot be overemphasised”.

The VC added that in order to escalate the transformational agenda of the university of becoming a research-intensive university, it had set up an Institutional Advancement Office to engage, cultivate and develop a stronger relationship with its stakeholders and other philanthropic partners. 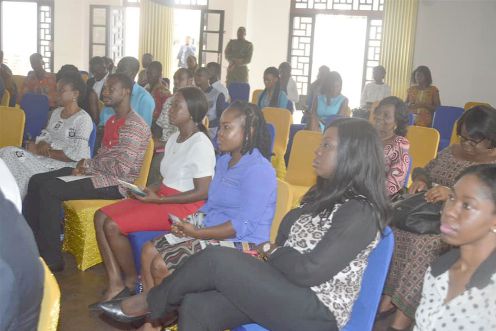 That, he said, was to help provide financial and other support to advance the university’s academic and student experience.

“We are hoping to reach out to all our alumni all over the globe and it is obvious that can be attained from nurturing a well-established relationship with all alumni,” he added.

He said in that regard, the school had established an Alumni Relations Office as part of its Institutional Advancement Office to build a mutually beneficial relationship with the alumni.

Touching on the endowment fund, the VC stated that it was one of the university’s strategies to deal with challenges of diversifying sources of internally generated funds to reduce the burden on students.

He, therefore, entreated all alumni and other corporate entities to support the school to achieve its set target.

My son is not involved in mining