President Nana Addo Dankwa Akufo-Addo has blamed all the crisis in the banking and financial sector on indiscipline on the part of regulators and their delinquent behaviour over the years.

According to the President, the irresponsible attitude of the regulators was not only costing the nation a fortune to clean up the system, but it had other implications on the sector.

“This famous banking scandal which has engulfed all of us, if the Bank of Ghana in the years before had acted responsibly and dealt with some of these issues like they should have done, we will never have gotten to the current situation, he said.

The President revealed that the first phase of the banking scandal, which saw the consolidation of the affected banks, had a whopping GH¢13 billion from the public purse spent on supporting the industry to ensure that raising that GH¢13 billion to support the budget was a major problem for the government and was concerned that another large sum of money from the state would also be spent to resolve the latest incident with the savings and loans companies.

“This has been the price for the delinquency of the central bank which failed to enforce its regulations,” the President reiterated.

Despite the cost, the President said it was important to strengthen the institutional arrangements and agreed that there was the need to enforce greater discipline on the side of the citizenry, with the greater focus on public institutions including the police, regulatory agencies and government institutions. 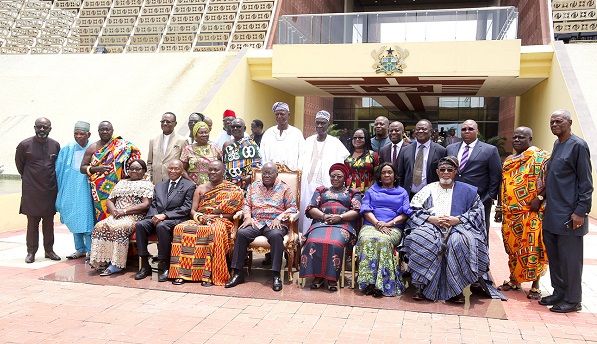 The Bank of Ghana (BoG) in 2017 embarked on a comprehensive reform agenda to strengthen the regulatory and supervisory framework for a more resilient banking sector.

While some banks had their licences revoked, others have been merged for their inability to raise the new 400 million cedi minimum capital requirement as of December 31, 2018.

For other banks, the central bank revealed that they had acquired their licences fraudulently and through the use of non-existent capital.

In the midst of the revocation of licences and the collapse of these banks, the government established the Consolidated Bank of Ghana in which assets and liabilities of seven collapsed banks were transferred.

At the end of the two-year reform, only 16 banks were able to recapitalise successfully while three merged, with five banks receiving bailouts from the government. One bank exited the sector voluntarily.

This has brought the total number of universal banks in the country to 23 from the previous 33.

The Governor of the BoG noted the 23 banks were “better capitalised”, “more liquid”, “more robust” and made for a better economy.

Then in May this year, the central bank revoked the licences of more than 300 microfinance companies and 39 microcredit or money lending companies effective Friday, May 31, 2019.

The Bank of Ghana has with immediate effect revoked the licences of 23 insolvent savings and loans companies and finance house companies.

The bank, in a statement last Friday, said the revocation of the licences of the institutions had become necessary because they were insolvent even after a reasonable period within which the Bank of Ghana had engaged with them in the hope that they would be recapitalised by their shareholders to return them to solvency.

“It is the Bank of Ghana’s assessment that these institutions have no reasonable prospects of recovery, and that their continued existence poses severe risks to the stability of the financial system and to the interests of their depositors,” the statement added.

COVID19: Nurses to get free transportation

COVID Outbreak: How to clean surfaces

Fact Check: COVID-19 is NOT airborne

Govt to undertake testing for COVID19

German Expertise is Behind WA’s LNG Plant
Previous Item
NEXT

Recapitalise or be sanctioned- BoG
Next Item