The Special Prosecutor (SP), Mr Martin Alamisi Amidu, will now play a critical role in the retrieval of the €47.3 million judgment debt that was illegally paid by the state to Waterville Holdings (BVI) Limited, as the Supreme Court has directed him to collaborate with the Attorney-General (A-G) in that regard.

The directive by the Supreme Court on Wednesday followed a statement by the SP that he had concrete evidence that could enable the state to retrieve the money from Waterville Holdings.

“I can establish that the money is available and I promise on my honour to provide documents that can help the retrieval of the money,” he told the court.

Based on a request by Mr Amidu that he would provide the evidence if given two weeks, the court directed him to collaborate with the A-G and provide all the necessary evidence that he said he had.

The directive was given by a five-member panel of the Supreme Court, presided over by Justice Paul Baffoe-Bonnie, with Justices Sule Gbadegbe, Anthony A. Benin, Samuel Marful-Sau and Agnes Dordzie as members

Why Amidu in court

Mr Amidu was addressing the court following an application he had filed for the court to order the A-G to enforce the court’s decision in 2013 which ordered Waterville to refund the money.

On June 14, 2013, the Supreme Court ordered Waterville Holdings to refund the €47.36 million the state paid to it because the contract between it and the state in 2006 for the construction of stadia for CAN 2008 was not approved by Parliament and was, therefore, unconstitutional and invalid.

The case which culminated in the apex court’s judgment was initiated by Mr Amidu, in his capacity as a private citizen.

Mr Amidu also initiated a similar case which led to a similar decision by the court on July 29, 2014 for the businessman, Alfred Agbesi Woyome, to refund the GH¢51.2 million that was paid to him by the state in relation to the same contract.

Mr Woyome got the GH¢51.2 million as the financial engineer behind the Waterville deal.

On the new case, Mr Amidu claimed the A-G had gone to sleep and was not making concrete efforts to enforce the judgment which had ordered Waterville to refund the money.

He was, therefore, seeking an order from the court to compel the A-G to enforce the judgment. 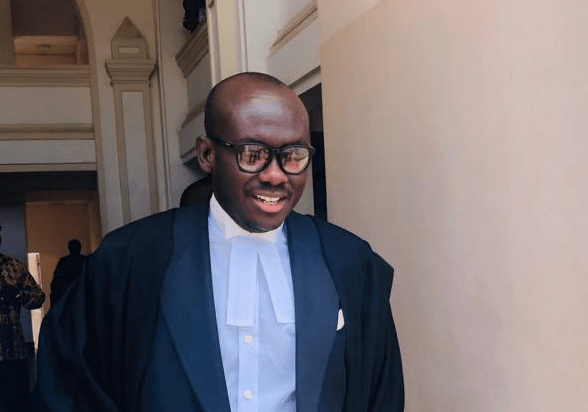 Making his case yesterday, Mr Amidu contended that all indications showed that the A-G was not ready to retrieve the money, pursuant to the judgment of the court.

He said an arbitration conducted between Waterville and the A-G concluded last year but the A-G claimed it could not trace the company.

According to him, he was reliably informed that Waterville changed its status to an external company after the judgment, and although the Registrar-General’s Department was under the A-G, nothing was done to prevent that move.

He said he was also aware that Waterville was planning to abscond from Ghana.

“I am, therefore, here in the public interest to assist in the enforcement of the judgment.  If the judgment is not enforced, the court’s integrity will be questioned,” he told the court.

The five-member panel made various observations and comments in relation to Mr Amidu’s submissions.

First, they said the court’s decision in 2013 for Waterville to refund the money was coercive enough and, therefore, Mr Amidu was seeking to have the court repeat its orders again.

According to the court, what Mr Amidu wanted currently had already been provided for in the judgment because the order for Waterville to refund the money also meant that the A-G must retrieve the money, thereby enforcing the judgment.

“What you are seeking to do is not different from what was given in the judgment,” Justice Baffoe-Bonnie said.

Justice Gbadegbe also said the orders given in the 2013 judgement had to be obeyed at all cost because by law any person who refused to obey the orders of the Supreme Court committed a high crime.

“In the case of the President, it will be a good ground for impeachment,” he said.

Secondly, the court commended Mr Amidu for making efforts to ensure that the money was retrieved, but wondered why he did not give the evidence in his possession to the A-G to help her in the quest to retrieve the money and rather chose to file an application at the court.

“You will serve the interest of the country if you cooperate with the A-G. Make the information in your possession available to them,” Justice Baffoe-Bonnie said.

“Looking forward, are you ready to collaborate with the Attorney-General?” Justice Marful-Sau asked Mr Amidu.

He said he preferred coming to court to make his case, so that the Supreme Court would compel the A-G to enforce the judgment.

He submitted that he had made many efforts, including personal visitations to Mr Amidu’s office, but the SP had refused to give him the documents he claimed would help in the retrieval of the money.

The Deputy A-G also denied that the A-G was not making efforts to enforce the judgment of the court.

After many back and forth arguments, the court directed the two parties to collaborate on efforts to enforce the judgment.

1.7mn to benefit from electricity relief

Impact of COVID on Livelihoods in E Africa

Havoc in UER after 8 days of rains
Previous Item
NEXT

Take advantage of tourism potential in WR
Next Item