The rains have led to landslides destroying property and roads

Floods and mudslides in the South African city of Durban and the wider KwaZulu-Natal province have killed at least 60 people, officials say.

A six-month-old baby and a young child are among the dead.

More than 1,000 people have been displaced according to President Cyril Ramaphosa who has flown into the region to visit the affected areas.

Southern and eastern parts of the country have been badly hit by torrential rain in the last few days.

More flooding and strong winds are expected in coastal areas and a severe weather warning is still in place.

The raging floods damaged businesses, homes and at least two universities - while hundreds of people have been displaced. 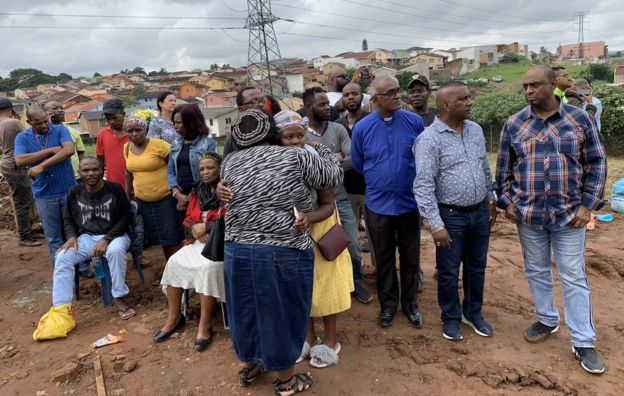 South Africa's President Cyril Ramaphosa has been visiting those who lost family members in the floods.

The BBC's Nomsa Maseko reports that the president laid a wreath at a place where seven died. He was also seen pushing away his bodyguards who tried to block people from talking to him.

"It was important to come and see what has happened. We pass our condolences to the families of those who have died in this disaster. We are saddened by what has happened here. The loss of life is never easy, especially when so unexpected," he said on the ground. 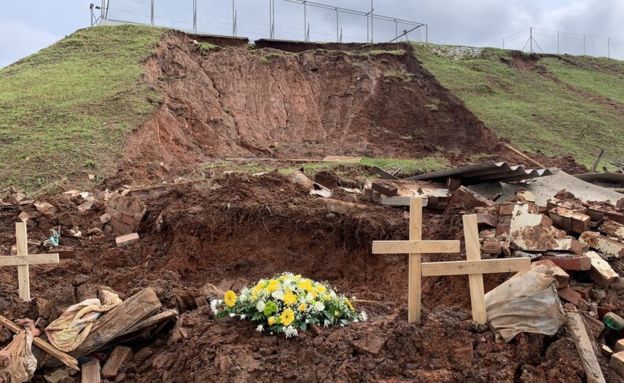 Several people died after being buried in a mudslide

Earlier on Wednesday, he released a statement where he said: "This situation calls on all of us to pull together as a country to reach out to affected communities."

In the long term people may have to be moved from the affected areas, she added.

Dozens of people have been taken to hospital and search and rescue teams are looking for more survivors under the rubble of collapsed buildings. 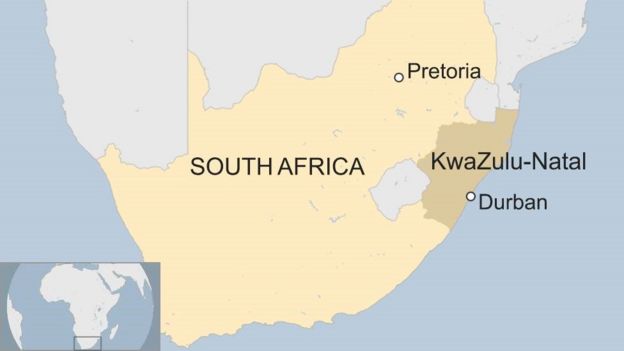 Domelevo to take leave not borne out of bad..

Don't misrepresent my position on free SHS
Previous Item
NEXT