Evidence is marked out in north-east Paris

French police have detained a man who stabbed seven people, injuring four seriously, in an attack on tourists and passers-by in Paris.

People playing pétanque - a French bowling game - threw metal balls at the attacker, and he was overpowered.

The man, said to be Afghan, was soon arrested. The incident is currently not being treated as a terrorist attack.

Among the victims were two British tourists - police say the two men, in their fifties, suffered serious stab wounds to the chest and stomach.

The knifeman initially stabbed two men and a woman near the MK2 cinema on the Quai de Loire, along the Ourcq canal on Sunday, reports say.

Eyewitness Youssef Najah, 28, said he was walking beside the canal when he saw a man running and holding a knife about 25-30cm (10-11 inches) long.

"There were around 20 people chasing him. They started throwing pétanque balls at him," he said. 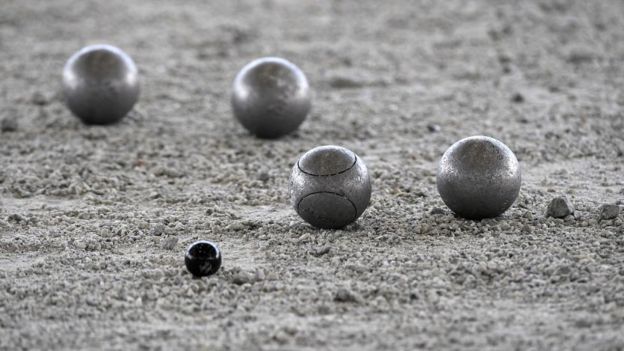 "Around four or five balls hit him in the head, but they weren't able to stop him," he added.

The man then reportedly attacked the two British tourists in a nearby street.

The British embassy in Paris told the BBC: "Our consular staff are assisting two British people who have been hospitalised in Paris, and are in contact with French medical staff who are treating them." 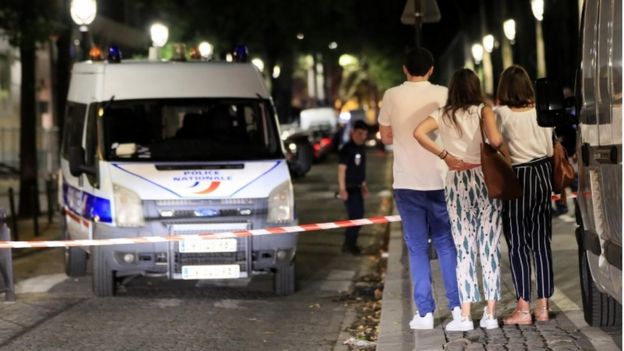 Police cordoned off the area after the attacks

The mayor of Paris thanked the officers of the police anti-crime squad (BAC) who arrested the man. She also thanked the passers-by who tried to stop the attacker.

A French police source said: "At this stage, there is nothing to indicate that it could be a terrorist attack."

There have been several knife attacks in France over the past few months, but few have resulted in terrorist investigations.

Akyianu to contest on independent ticket

Toll of malnutrition to Gambia's economy

US warns of threat from Chinese drones
Previous Item
NEXT

From soldier to peanut seller in Ethiopia
Next Item