Protests raged for a second day in Lebanon despite the government backtracking on plans to tax WhatsApp calls.

The government had announced a $0.20 (£0.16) daily charge on voice calls made through WhatsApp and other apps.

But it scrapped the plans hours later amid clashes between security forces and protesters.

Thousands have protested, calling on the government to step down over its handling of an economic crisis.

Dozens were reported injured on Thursday as protesters burned tyres and security forces fired tear gas. The demonstrations were the biggest seen in Lebanon for years. 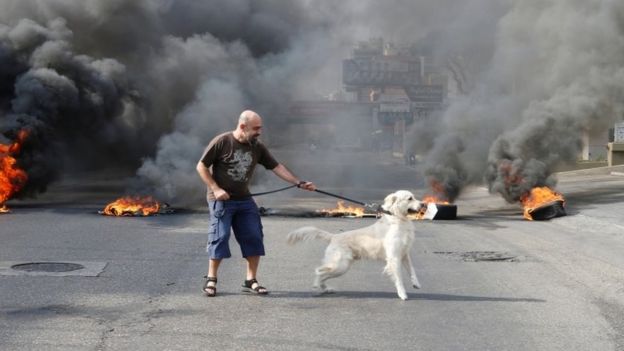 Protesters are calling on the government to step down

Why are people protesting in Lebanon?

Thousands of Lebanese people have taken to the streets amid an economic crisis that many blame on the government.

"I was sitting at home and I saw the people on the move and so I came out," Cezar Shaaya, an accountant protesting in Beirut, told Reuters news agency. "I am married, I have mortgage payments due every month and I am not working. It's the state's fault."

Chants of "the people want to topple the regime" echoed around Beirut's Riad al-Solh square on Thursday. Many also expressed anger over perceived inaction by authorities to tackle the country's worst wildfires in decades. 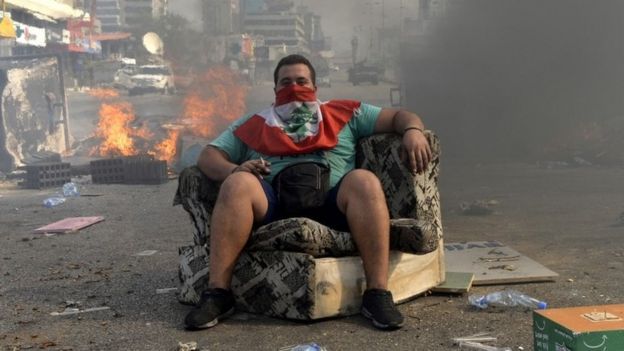 Protesters have gathered around the government headquarters

What about the WhatsApp tax?

On Thursday, the government announced a new daily tax for calls made via voice-over-internet-protocol (Voip), which is used by apps including WhatsApp, Facebook Messenger and Apple's FaceTime.

The government backtracked hours later, but the protests continued.

The prime minister was expected to deliver a speech on the crisis later on Friday.

MP calls for unity among constituents

Shun politicians who pay for votes

Egyptians head to the polls

Nigeria receives 200 ventilators from the US