Now a 27-year-old veteran of 91 Wales caps, three World Cups and two British and Irish Lions tours, the wing is a constant in a time of change.

Wayne Pivac has been tasked with following Warren Gatland's 12-year reign, the longest and most successful in Welsh rugby history - and the reigning Grand Slam champions are not the only ones in a state of flux.

Four of the Six Nations sides will be under the guidance of new coaches, while there have also been four changes of captain.

North remains, though, even if the new order takes some getting used to.

"Yeah, the time I've been in the Welsh jersey, Gats has been at the helm - 12 years is a decent shift," he says with knowing understatement.

"New coaches are coming in now, Wayne and the crew. This will be the first proper opportunity they'll have to show what they want to do and put their own stamp on it.

"For me and a few of the older boys it will be a bit of a change, but it's something that probably comes at a good time after the World Cup, get that new energy in."

A Six Nations campaign after a World Cup often represents a fresh start, the beginning of another four-year cycle as teams train their long-term sights on the next instalment of rugby's ultimate prize.

There are retirements - former Scotland and France captains Greig Laidlaw and Guilhem Guirado among them - as the old guard bid farewell.

Louis Rees-Zammit heads to the line for Wales Under-18s against France in March, 2019

Then there is the introduction of youth, none more striking than in the Wales squad, whose five uncapped players include the precociously skilful 18-year-old Gloucester wing, Louis Rees-Zammit.

His emergence has come with more than a hint of deja vu for North, who was also 18 when he was first called up by Wales, scoring two tries on his debut against South Africa in 2010.

"It's scary to think that was me 10 years ago, which I don't like to say," North laughs.

"It's brilliant for him. I remember it like yesterday - probably the best experience of my life to be called up and to have the opportunity to play for my country.

"I think he'll thrive in the camp. He's playing incredibly well at the moment."

Rees-Zammit's spectacular rise to prominence - scoring 10 tries in his past 11 appearances - has added to Wales' burgeoning options in the back three, with a rejuvenated Leigh Halfpenny and the uncapped Johnny McNicholl competing with North, Liam Williams and the World Cup's top try scorer Josh Adams.

However, Pivac's wealth of choice of outside backs is in contrast to his shortage of centres, following injuries to Jonathan Davies, Owen Watkin and Willis Halaholo.

That has raised the prospect of North potentially switching from the wing to 13, where he has started four Tests for Wales over the course of his decade in international rugby.

"I guess if required I've played there before and enjoyed the position," says North.

"Obviously I'm a wing, but I played most of my age-grade stuff at centre and I have done for Wales a couple of times.

"For me it's another string to my bow. Obviously if needed I'll play for my country in any position. I'm not playing second row though!

"It's exciting and we'll see how we go."

North has played his past two matches for the Ospreys at centre, returning to action earlier this month having recovered from a hamstring injury suffered during Wales' World Cup semi-final loss to South Africa.

That was an agonising defeat for Wales, their injury-ravaged side succumbing to a 76th-minute penalty by Handre Pollard after a brutal encounter in Japan.

Last year's tournament had seemed like Wales' best chance yet to reach a first World Cup final. Their preparations had been meticulous, while a record 14-match winning run had briefly taken them to the top of the world rankings.

"You invest so much time and effort, physically and emotionally," North says.

"The squad effort is a two-year or three-year build-up to it.

"The World Cup was disappointing to miss out on that last step, but we did tremendously well to get as far as we did with the run of games we had.

"I'm just excited to be back playing now. I needed a bit of a break after the World Cup, but my focus now quickly turns to the Six Nations and how quickly that comes around."

North says that World Cup hurt will "help" Wales during the Six Nations, not that they will need any added incentive as they aim to defend their title.

There's a baby due in April... 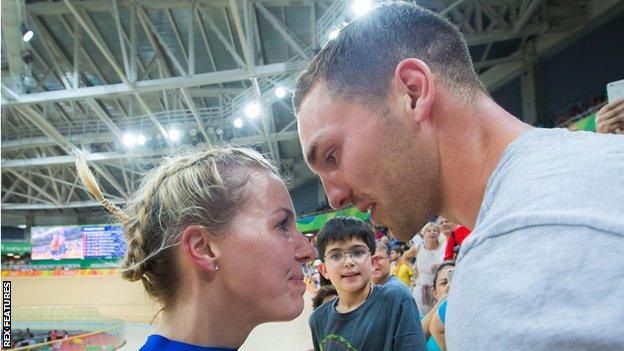 Whether or not Wales can start Pivac's reign with a Grand Slam - as they did with Gatland's back in 2008 - may seem trivial, however, when North considers what lies in wait after the tournament.

In April, he and his wife Becky, an Olympic silver medal-winning cyclist, are expecting their first child.

"A lot of our circle of friends, there's a kind of baby boom happening. We've both come from big families so it's exciting for us and exciting for our families as well.

"It will probably be our biggest challenge, but we're looking forward to it."

Biden to be sworn in