Charlton's Women's Championship game with Manchester United was abandoned on Sunday because the home side had no oxygen to treat injured players.

League rules say clubs must have oxygen on site but when Charlton defender Charlotte Kerr was seriously injured, medics had to use United's supply.

After an hour delay, the referee called off the game as there was not enough oxygen left to cover it safely.

Kerr was taken to hospital with a rib injury but was released the next day.

The 24-year-old was hurt in a collision as Charlie Devlin scored to put United 1-0 up after 11 minutes at The Oakwood.

Club doctors from both teams were present but it is understood an ambulance took about half an hour to arrive at the game.

There is no obligation under Women's Super League or Championship rules to have one at each stadium, but there is a requirement for oxygen.

The sanction for failure to comply with rules relating to medical assistance is a £500 fine.

Charlton, who joined the second tier this season from the third, have not had oxygen at any games this term. Before they faced second-placed Manchester United they had already hosted nine games, including friendlies.

In a statement the club said: "Charlton Athletic Women are currently reviewing the abandonment of Sunday's fixture against Manchester United.

"Charlton Athletic Women are working with the FA and will submit a full report which will reviewed independently." 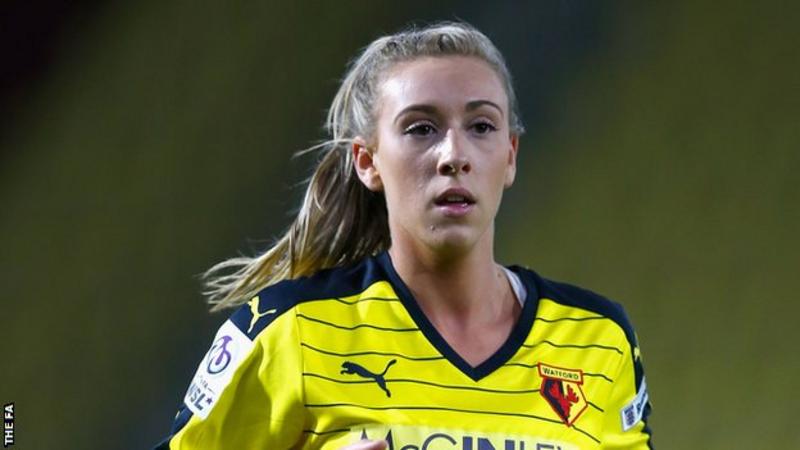 The club said on Monday that former Watford player Kerr's ribs and sternum were badly bruised.

At the time, it added: "[Our] team club doctor, medical teams from Charlton, Manchester United Women and the ambulance service were able to prevent a serious incident from becoming a lot worse and the club would like to thank everyone who assisted."

The FA said after the game on Sunday: "The FA Women's Championship has thorough matchday medical requirements. We are currently in communication with both clubs to understand more about the incident."

It is not known what sanctions Charlton might face for the abandonment.

Sunday was the second time in six months that Manchester United have had a game called off through injury.

A pre-season friendly against Liverpool in July also ended prematurely after a neck injury to United and England goalkeeper Siobhan Chamberlain.

In that case, United were at home where an ambulance was present and oxygen was available, but the severity of the injury meant the game was not restarted.

"We are committed to your success" - UEW