South Africa's Mamelodi Sundowns defeated Wydad Casablanca 2-1 in their African Champions League Group A fixture on Saturday, in a clash of recent winners.

Also on Saturday, AS Vita Club of the Democratic Republic of Congo put on an emphatic display at home to dismiss Simba SC of Tanzania 5-0 in their second Group D match.

And there was a big defeat for another DR Congo side, TP Mazembe, who went down 3-0 at CS Constantine in Algeria in Group C.

Mamelodi Sundowns and Wydad Casablanca were meeting in the fifth match between the clubs in three seasons and each side has now won twice with one draw.

The latest episode of the rivalry was the first in which a team scored twice.

A brace from Themba Zwane for Sundowns proved decisive in the showdown between the 2016 champions Sundowns and 2017 trophy-holders Wydad.

Having lost away to Lobi Stars of Nigeria in their first group match last weekend, Sundowns needed maximum points and began brightly with Zwane scoring from close range after eight minutes.

The South Africans squandered several chances to extend their lead before Mohamed Nahiri silenced the home crowd by firing a 35th-minute equaliser.

Zwane netted again midway through the second half, slamming a weak headed clearance past goalkeeper Ahmed Tagnaouti for the decisive goal.

The west African duel was settled on 38 minutes when Herve Diomande scored his first goal of the Champions League campaign by converting a penalty for 1998 champions ASEC.

Newcomers CS Constantine of Algeria are becoming the surprise side of this Champions League campaign, particularly after their shock margin of victory over five-time African champions TP Mazembe.

All the goals in their Group C contest came during the second half with Houcine Benayada, Nasreddine Zaalani and Sid Ali Lamri scoring for the Algerian outfit.

Constantine have not conceded a goal in six qualifying and group outings and lead Group C by three points from Mazembe. 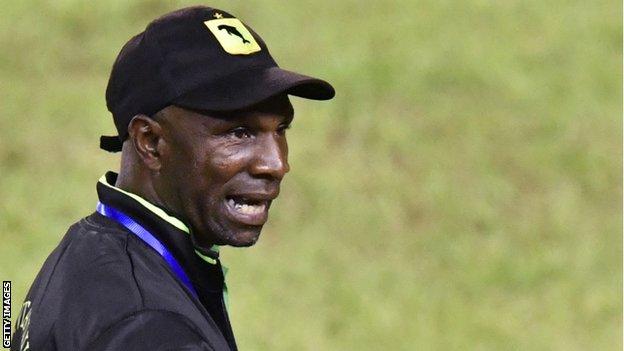 Much better fortunes for another DR Congo side, AS Vita Club, who began their scoring rout against Tanzania's Simba SC in the 14th minute courtesy of a goal from Jean-Marc Mukusu.

A header from Botuli Bompenga six minutes later doubled the lead for the 1974 champions who made it 3-0 from the penalty-spot on the stroke of half-time after Luamba Ngoma's strike.

Vita Club's dominance continued in Kinshasa after the break with the hosts scoring a fourth goal on 71 minutes from a Makwekwe Kupa header.

The home side made it 5-0 shortly after with Mukusu grabbing his second of the game.

Simba had a chance for a consolation goal towards the end of the match only for their late free-kick to hit the crossbar.

Vita Club move up to second in Group D, one point behind record eight-times winners Al Ahly of Egypt who are on four points after their 1-1 draw away to JS Saoura of Algeria on Friday.

I see myself as an Olympian - Shakul Samed

Three-time Women's Afcon winner on the move
Previous Item
NEXT