Scotland have called up four players to their Six Nations squad after injuries to several players including first-choice open-side flanker Hamish Watson.

Edinburgh's Watson has dropped out of the squad while he recovers from a suspected fracture to his hand.

Watson's absence is a major blow given the consistent excellence of his performances over the past two years, starting 11 of Scotland's last 12 Tests.

His former Edinburgh team-mate John Hardie, now at Newcastle, and another Falcons flanker, Gary Graham, were the other open-sides included in the original 39-man squad, with Edinburgh club-mate Jamie Ritchie, who can play on both flanks, another option for Scotland's opener against Italy on 2 February.

With Johnson undergoing head injury assessment protocols, Warriors team-mate Alex Dunbar, who has 31 caps, is recalled after being left out of the original squad.

The experienced Harley, who won the last of his 20 caps in June 2017, is also added to the party as second-row cover, with Edinburgh duo Ben Toolis and Grant Gilchrist, Exeter's Sam Skinner and Glasgow's Tim Swinson already competing for starting spots. 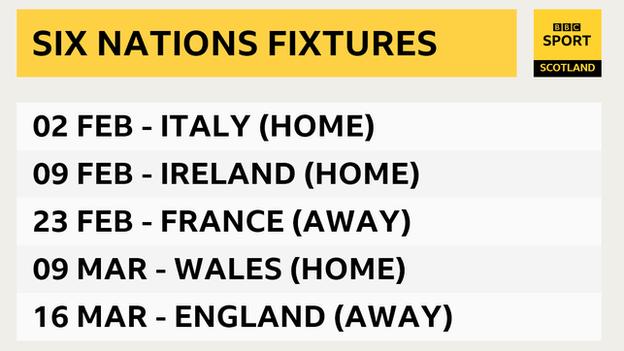 Test preparation for West Indies 'not ideal',
Previous Item
NEXT