There is "no hope" of finding missing Cardiff City footballer Emiliano Sala and a pilot alive, a rescuer has said.

The striker and the pilot, understood to be David Ibbotson, were in the plane that vanished from radar on Monday.

Channel Islands Air Search chief officer John Fitzgerald said "even the most fit person" would only last a few hours in the water.

Guernsey Police said the search to find the Argentine striker, 28, and Mr Ibbotson was ongoing.

Sala reportedly sent a WhatsApp voice message to family. Sounding conversational and jokey, he said he was "so scared".

Media in Argentina reported he said: "I'm on a plane that looks like it's going to fall apart."

Guernsey Police said there were three planes and one helicopter in the air as they searched for traces of the Piper Malibu plane.

The force said: "There is as yet no trace today of the missing aircraft. The search is ongoing and a decision whether to continue will be taken later today."

Officers are also "reviewing satellite imagery and mobile phone data to see if they can be of any assistance in the search". 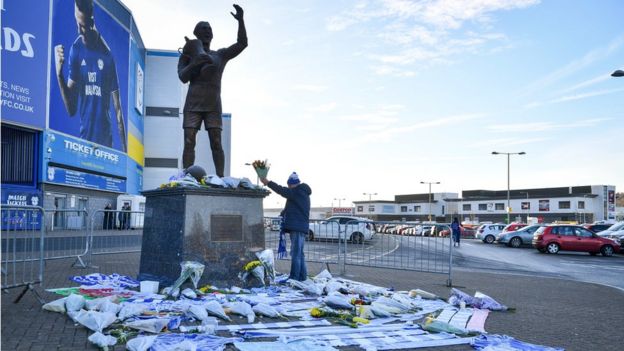 Flowers and tributes have been left outside Cardiff City Stadium 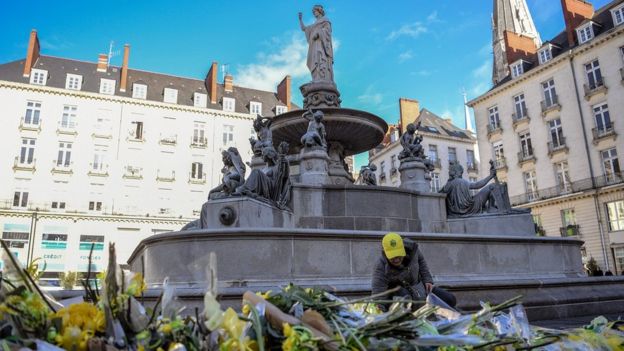 Sala was heading to the Welsh capital after signing for the Bluebirds from French club Nantes in a £15m deal.

The single-engine plane left Nantes, north-west France, at 19:15 on Monday and had been flying at 5,000ft (1,500m) over the Channel Islands when it contacted Jersey air traffic control requesting descent.

It lost contact while at 2,300ft (700m) and disappeared off radar near the Casquets lighthouse, infamous among mariners as the site of many shipwrecks, eight miles (13km) north-west of Alderney.

Mr Fitzgerald said: "Sadly, I really don't think, personally, there is any hope. At this time of year the conditions out there are pretty horrendous if you are actually in the water."

Guernsey Police is working on four possibilities, including that the "aircraft broke up on contact with the water, leaving them in the sea" and they "landed on water and made it into the life raft we know was on board".

"Our search area is prioritised on the life raft option," the force added.

Jersey's inshore lifeboat followed up on reports of debris in Bouley Bay, which is in the north of the island, but failed to find any debris.

Meanwhile, Cardiff City chairman Mehmet Dalman said there were no plans to rearrange the Bluebirds' next Premier League match against Arsenal at Emirates Stadium on 29 January. 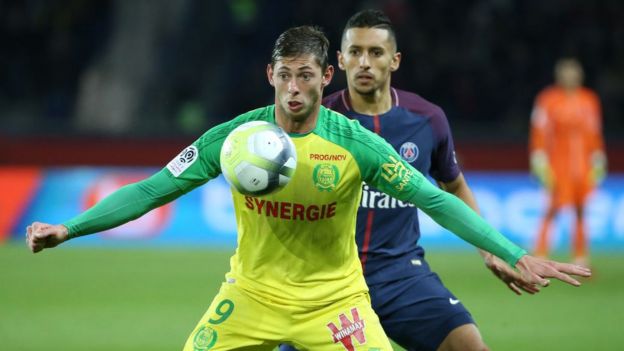 Mr Dalman said players and fans were in a "state of shock" and the club had received messages of support from around the world.

The "family of football has a way of coming together at times of tragedy," he told BBC Radio Wales' Good Morning Wales.

He also confirmed the club had not booked the plane and Sala had "made his own arrangements".

"We will not leave a single stone unturned until we have all the facts," added Mr Dalman. 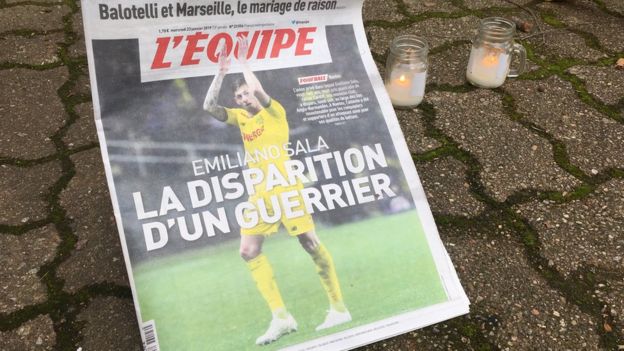 French sports newspaper L'Equipe called the news: "The disappearance of a warrior" 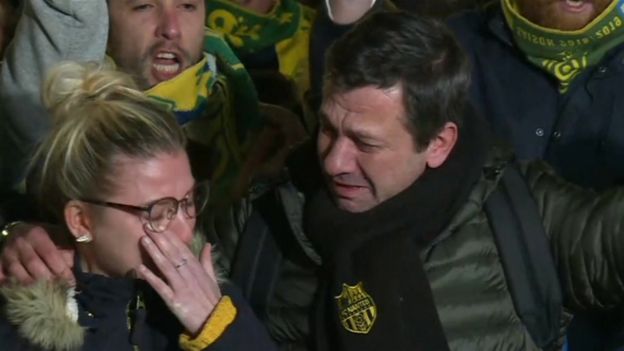 Air and sea crews from the Channel Islands, France and the UK took part in a 15-hour search on Tuesday, but found no trace of the aircraft, Sala or Mr Ibbotson.

Guernsey Police was not able to confirm if floating objects seen belonged to the aircraft and warned that chances of passenger survival were "slim".

Sala's father Horacio told Argentine media on Tuesday: "The hours go by and it makes me think of the worst.

"I just want them to find him. The last thing they said is that the communication ended when they crossed the river [English Channel]." He said: "Nobody in the joint control centre, including myself, wants to give up, we are determined to find the two men alive.

"Already we are seeing four and five metre waves out to the west of Alderney - which is in our search area - because of that we have been unable to put the lifeboat out to sea, so he's on standby in the harbour.

"But we will run until we lose the light again today and reassess at that point."

Overnight, football fans in Nantes laid flowers at a fountain as a tribute to Sala and Mr Ibbotson, with floral tributes also left at Cardiff City Stadium.

Sala's former club Nantes has changed its Twitter profile picture to a photo of the striker and tweeted: "Où que tu sois, on pense à toi" which translates to: "Wherever you are, we're thinking of you." 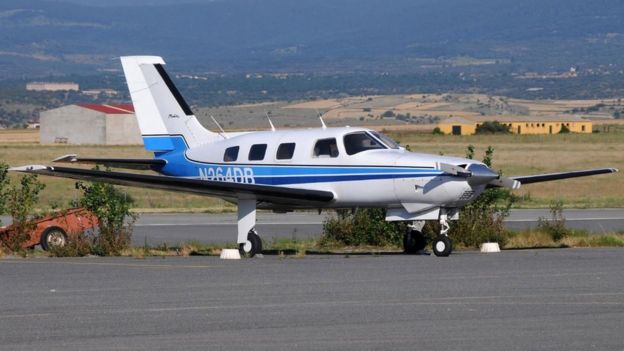 What plane were they on?

The Air Accidents Investigation Branch (AAIB) said a PA-46-310P Malibu aircraft, registered in the United States, had a pilot and one passenger on board when it vanished.

It has begun an investigation, working with counterparts in the US, France and Argentina.

A spokesman said: "We will be gathering all the available evidence to conduct a thorough investigation. However, if the aircraft is not found it is likely to limit the scope of the investigation."

The plane is owned by Southern Aircraft Consultancy Inc Trustee, in Bungay, Suffolk, according to the US Federal Aviation Administration database.

The company told the BBC it was the trustee of the plane but not its ultimate owner.

Julian Bray, an aviation expert and journalist, said the aircraft was a single engine, six-seater plane.

He said he had listened to the WhatsApp recording by Sala and "was particularly listening to the engine sounds and I must admit it sounded slightly ropey - it didn't sound as smooth as it should be".

Mr Bray said the request to descend by the pilot could have been due to an issue with pressure onboard the aircraft, which did not deviate from its course.

He added: "They're [the plane] equipped with life jackets, but I'm not sure whether this one had life rafts on.

"Normally in light aircraft you wouldn't carry a life raft, but you will have floatation jackets."