Jumping out of a plane may not be everyone's idea of preparing for a tennis tournament but Cameron Norrie has always done things a bit differently.

The British number two, who has a Scottish dad and Welsh mum, was born in South Africa and brought up in New Zealand before playing college tennis in the United States.

While many of his peers took the more conventional route from junior tennis to the professional Futures circuit, Norrie chose to combine his sport with studying for a sociology degree, in order to have a more "normal life".

Now, less than two years after turning professional, the 23-year-old left-hander - who calls his favourite shot a 'squirrel' - has stormed up the rankings to 41st in the world and reached his first ATP final. in January.

Norrie - who plays at the French Open, which starts on Sunday - tells BBC Sport about his Olympic dreams, being recognised in public for the first time and what happened the first time he met Andy Murray.

'Life is not all about tennis'

Norrie is often frank in his assessments - he ditched economics for sociology because "it was slightly easier", describes Wimbledon as "just another tournament" and says that what he learned from training with former US Open champion Juan Martin del Potro was "honestly, nothing".

It is, perhaps, the result of three years of college life at Texas Christian University - where he says he grew up a lot - and demonstrates the sense of perspective that comes with broader interests.

"College tennis was huge for me, to give me the chance to mature a little bit and have more of a normal life," he said.

"Life on Tour is pretty tough when you are 17, 18 - travelling the world by yourself for the majority of the time. With college tennis, you have a decent social life, you can compete hard with your mates and you are working hard with them. You have interests outside of tennis too, which is huge.

"It was nice to have [studies] to switch off from the tennis, and to be able to go out with your mates and have a good time and then you are ready to practise the next day. I felt I found a good balance with that and it helped me a lot as a person."

He said: "Life is not all about tennis. You want to be a pro tennis player from a young age but it takes so many steps - mentally and physically - just to get to the top of the game. So why not go and get a free education and live a more normal life?

"Learn about yourself, just grow up. If you still want to play your tennis, you have so many more years to play and you are going to save a lot of mental scarring from taking a lot of losses in the Futures.

"You lose at college and then you back are with your girlfriend the next day and everything is good. You don't lose any money, everything is paid for."

Filling the void - studying and skydiving 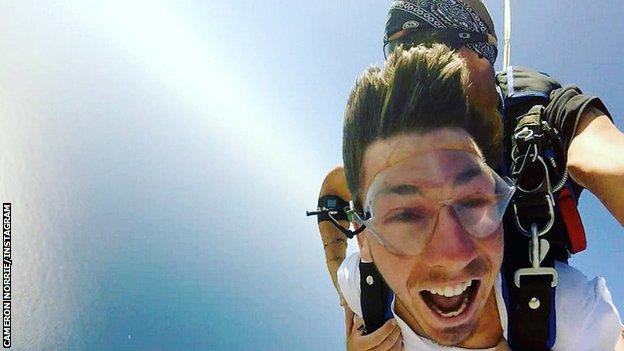 Cameron Norrie's skydive last year was a present from his coach

Norrie turned professional in June 2017, with one year of his studies remaining, and he admits it was hard to adjust.

"I struggled a little bit with that - getting used to the Tour life. Just hotel room after hotel room, you are by yourself," he said.

"When I first started, it was tough for me to find the other thing to fill the void.

"It's pretty tough to fill the time on the road when there is not much to do and you have to rest. I've kind of fallen into the trap of doing almost what every other tennis player does - a couple of other hobbies; I'm pretty into music and watching Netflix."

But he says he may start doing some online study courses "to keep busy" and last August he filled his time between tournaments by doing a skydive.

He should, perhaps, do a few more, as he reached the last four of the Los Cabos Open in Mexico that week.

"It was an unbelievable experience. It's not like it was a physically taxing - you just jump and you're done," he said.

"I had a good week that week - I made the semis, so I don't think it affected me too much; it was sick. We landed on the beach, so that's pretty soft." 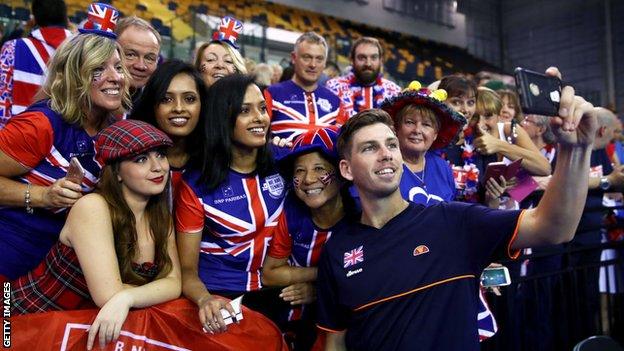 Last year Norrie made the headlines for what Britain's former captain John Lloyd called "one of the most impressive debuts of all time" in the Davis Cup.

Then 114th in the world, he came from two sets down to beat Spain's Roberto Bautista Agut, who was ranked 91 places above him.

He says having played college tennis meant he was used to the team environment of the Davis Cup.

"I did feel very comfortable because I've played in that format before, those kind of crowds, that kind of atmosphere in college already," he said. "So I've felt that before - not only playing for yourself but for your team - something greater than yourself."

And now Norrie, who switched allegiance from New Zealand to Great Britain in 2013 because of a lack of funding, has set his sights on more team tennis and hopes to be selected for next year's Tokyo Olympics.

"I've always wanted to play at the Olympics. It was always a big goal for me," he said. "It is just something different - you are going to play all these tournaments every year and the Olympics will be different and special."

Apart from the gulf in ranking, what made his Davis Cup performance even more impressive was that he was playing his first professional matches on a clay-court surface.

He will be back on the red dirt next week at the French Open, where he will be hoping to go further than last year, when he reached the second round.

"[The Davis Cup] did give me some confidence and I know I can play well on clay," he said.

"I like longer rallies and the more physical tennis and I think that is the way clay plays. If I go there and compete as hard as I can, I'm going to be happy, that's where my head is at."

When he plays, watch out for the 'squirrel' - where he runs around a forehand and hits it short inside out, making his opponent run. 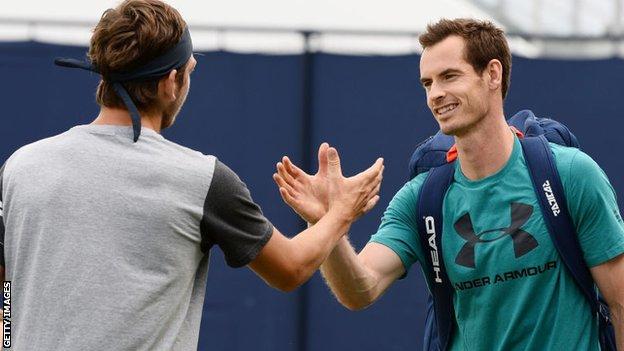 Norrie is among a group of British players hoping to fill the void left by the impending retirement of former world number one Andy Murray.

The three-time Grand Slam champion announced in January he would quit tennis this year, although he has since had hip resurfacing surgery and has appeared to soften his stance.

In his absence, the next generation are getting ready to stake their claim as Britain's next big thing in men's tennis, led by the country's number one Kyle Edmund - who won his first ATP title last October - and closely followed by Norrie.

"It's going to be tough to get to number one in the world like Andy did, to fill that gap, but we'll try," Norrie said.

The first time he met Murray was at Queen's in 2017 - and he was grateful when the two-time Wimbledon champion made the first move.

"He came up to me and my coach and introduced himself," Norrie said. "I thought it was pretty humble of him to go out of his way and introduce himself, I have a lot of respect for him as a person as well as a tennis player.

Norrie is, however, getting more used to being recognised.

"I landed at Heathrow and some guy said, 'Yeah, I knew you were going to be top 100, keep going'; someone just walked past me as I was waiting for my taxi," he said.

"It really surprised me, it was a pretty sick feeling to have someone in the UK recognise me."

That will inevitably happen more with Wimbledon just six weeks away and Norrie is ready to embrace the pressure that brings.

"I have the home support so I am just going to use that to my advantage," he said. "You can't run away from the pressure, you know it's there.

"But it's just a tennis match at the end of the day, so I'm just going to go out there and enjoy. You are playing at Wimbledon, you can't complain."