When Greg Rutherford posted a photo of himself in training to swim the Channel, he wasn't expecting to be criticised for his "dad bod".

Rutherford, the 2012 Olympic long jump champion, retired in June last year and is currently training for a charity swim.

A day after sharing his first training picture, Rutherford posted another with the caption: "I was also called out for having a dad bod yesterday, as if that's something to be ashamed of.

"I very much realise I'm not in the shape I was as a professional athlete. I'm fine with that, I love cake and beer..."

Rutherford became the first British man to win long jump gold since Lynn Davies in 1964 at the London Olympics in 2012, and took bronze in Rio four years later.

He is also a two-time Commonwealth Games medallist and won World Championship gold in 2015.

"Four weeks ago, I couldn't swim at all. Now I'm prepping for one of the most epic challenges," Rutherford, who is swimming the Channel for the Stand Up To Cancer charity, wrote. 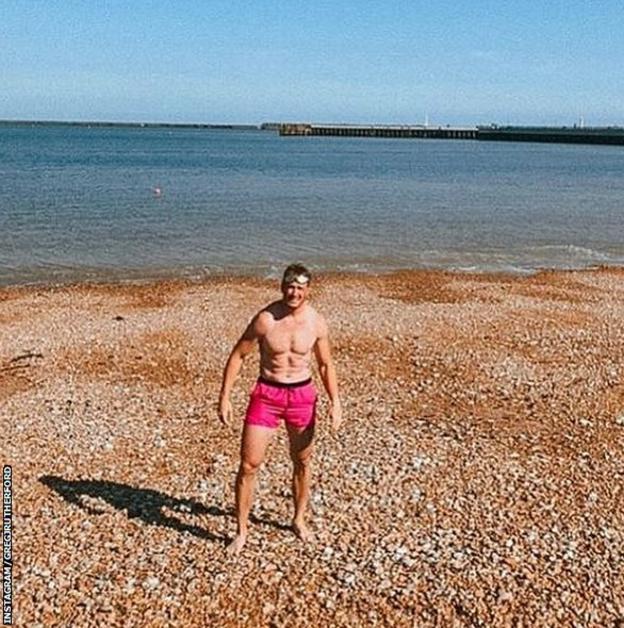 After receiving a 'dad bod' comment', Rutherford posted a second image of himself training for a TV show