Owusu, 23, joins Al-Fayha from Serbian SuperLiga side Fudbalski Klub ?ukari?ki after impressing with Ghana at the 2019 African Cup of Nations.

He put pen to paper on a deal worth €1.5million euros after undergoing a medical in Dubai.

Confirming the transfer in a tweet, Owusu said he was looking forward to a new challenge.

He tweeted: "New chapter, New challenge, same person, Happy to be part of this big family @Alfaihaclub and promise to do my best this coming season and next future #mygodcantfail OSK1??9??????????". 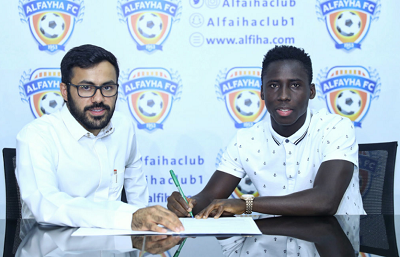 He subsequently debuted for the Black Stars in early June, coming on as a substitute in a 1–0 friendly loss to Namibia.

Despite his team's defeat, Owusu made a strong impression and got included in James Kwesi Appiah's final 23-man AFCON selection.

He has since gone on to play four times for the Black Stars of Ghana.

Owusu has made two appearances each for ?ukari?ki in Europa League Qualifying and the Super Liga Srbije in the 2019-20 season.

GHALCA sets up committee to review proposed
Previous Item
NEXT