England have to "try to capitalise on the opportunity" of Steve Smith's absence from the third Ashes Test, says captain Joe Root.

The Australia batsman is the leading run-scorer in the series with 378 and has helped his side to a 1-0 lead.

But he is out of the Headingley Test, starting Thursday, because of a concussion sustained after he was hit by a Jofra Archer bouncer during the second Test.

"You look at the runs he has scored and if you take them out it looks completely different and we could be sat here 2-0 up."

Smith scored 144 and 142 in Australia's victory at Edgbaston and made 92 at Lord's after passing initial concussion tests to resume his first innings.

But a delayed concussion meant he did not bat on the final day as Australia held on for a draw, with Marnus Labuschagne taking his place as Test cricket's first concussion substitute.

"He is obviously a big focal part of their team and we have got to try and capitalise on this opportunity," Root told Test Match Special.

"Although it might give a little bit of a boost to the group, our whole team and squad want to wish him a speedy recovery."

Australia captain Tim Paine said his side have to deal with Smith's absence "as a team", rather than relying on his replacement Labuschagne.

"There are not too many guys who have averaged higher than Steve in Test cricket, clearly they are huge shoes to fill, but we can't put all that pressure on Marnus," said Paine.

"It is up to everyone else, particularly our senior players, to make sure we give that little more output and cover Steve as best we can."

Despite an improved performance at Lord's, England still trail Australia in a home series for the first time in 14 years with three matches to play.

The tourists, who have not won an Ashes series in England since 2001, will be guaranteed to at least retain the Ashes if they win any of the last three matches as they are current holders of the urn after winning down under in 2017-18.

But Root said he felt a momentum shift in the Lord's Test, where England threatened an unlikely victory on the final day, and he was "fully confident" his side could win the series.

"I don't think anyone's thought of losing this Test match," the Yorkshireman said.

"Everyone knows what we need to do, which is to go out and play in the same manner we did at Lord's.

"I said I wanted a response at the start of the last game and got it. I expect us to almost go up another level in this match." 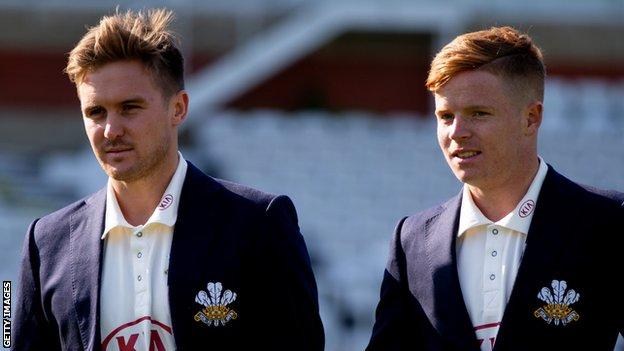 Root said he "fully expects" opener Jason Roy to be fit for the match after the Surrey batsman was hit on the head during a net session on Tuesday.

Roy, 29, has passed initial concussion tests but England have called up Surrey team-mate Ollie Pope to be on standby.

Pope, who has played two Tests, hit an unbeaten 221 against Hampshire in the County Championship on Wednesday before heading to Leeds.

On Roy, Root said: "Obviously there is a huge amount of attention around concussion at the minute.

"He has cleared all of the tests absolutely fine until now but there is a period where you have got to be extra cautious.

"He will be assessed throughout today and tomorrow morning."

Roy has struggled in the series so far, scoring only 40 runs in four innings.

England coach Trevor Bayliss said on Tuesday that Roy may be more suited to batting in the middle order but Root wants him to continue as opener.

"I obviously think he should open otherwise he'll be batting at four," Root said.

"I feel Jason can have a real big impact at the start of an innings. It might not have happened just yet but we fully expect him to go out and do that."

Root again chose not to reveal his team for the match, meaning if Roy is fit they could either name an unchanged team or bring in all-rounder Sam Curran.

Paine also said he would announce his team at the toss on Thursday, but Australia were "looking at maybe a bowling change" which could see James Pattinson recalled, or fellow fast bowler Mitchell Starc feature for the first time in the series.