The takeover of French Ligue 1 side Nice by British billionaire Jim Ratcliffe has been cleared by the country's competition authority.

He also owns Swiss second division side Lausanne, which he took over in 2017.

Nice, managed by former Arsenal and France midfielder Patrick Vieira, are joint top of the French top-flight, winning both of their opening games.

The founder of chemical company Ineos, Ratcliffe is worth £18.15bn. He took over and rebranded cycling's Team Sky in May and also invested £110m in Britain's America's Cup sailing team last year.

In an interview with BBC Sport earlier this year, Ratcliffe said he is a "tortured Manchester United fan" but has previously been linked with a £2bn bid to buy Chelsea from Roman Abramovich.

He added: "We've dipped our toe in the water with football, it's a very different sport.

"It's quite a complicated sport and world, so we're in the process of learning. We haven't got to where we've got to in our chemicals and business world by being rash and impetuous and stupid, obviously.

"We're not in a desperate hurry to get to the end game in football." 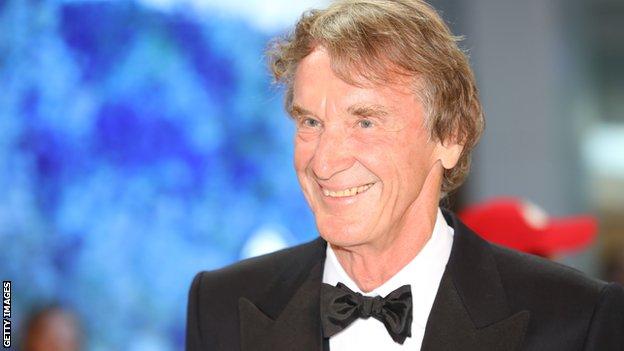 Felix still reps Benfica with his shin pads
Next Item