CK Akonnor replaces Tanko, find out the changes Appiah has proposed to his technical team

Black Stars coach, James Kwesi Appiah, has dumped his entire technical, including his assistant, Ibrahim Tanko, ahead of Ghana's AFCON 2021 qualifying doubleheader against South Africa and Sudan in November.

Tanko, who is currently preparing the Black Meteors to the U-23 Africa Cup of Nations in Egypt in November, is to be replaced by Charles Kwablan (C.K.) Akonnor of Asante Kotoko fame.

Akonnor was recently shortlisted for the Guinea national team job only to miss out narrowly. 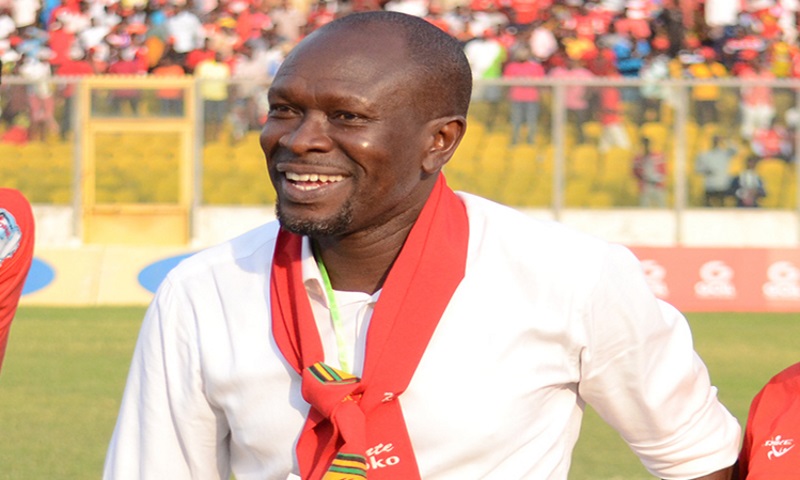 According to Graphic Sports Online investigations, the Stars coach submitted the proposal of his technical reshuffle to the Normalisation Committee (NC) last month.

A source close to the Stars coach explained that the decision was in line with the Ghana Football Association's policy to reshuffle the technical staff of the various national teams every two years. 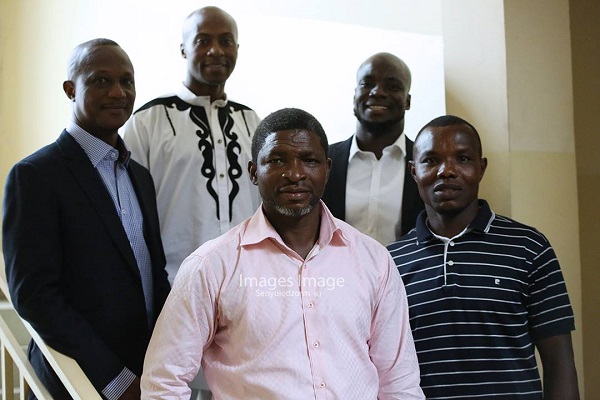 Clearout - Kwesi Appiah (far left) with his technical team at their unveiling.

It further stated that the decision was also to enable Tanko to concentrate on qualifying the Meteors to the nation's first Olympics since 2004.

However, further checks by Graphic Sports Online revealed that Coach Appiah was not enthused by the roles played by his backroom staff during the botched AFCON 2019 campaign in Egypt.

Other notable changes include the removal of Stephen Appiah and Richard Kingson as the technical coordinator and goalkeepers trainer respectively.

In the place of the former Black Stars captain will be Sabahn Quaye, who returns as the new Stars team manager after a five-year absence.

On the other hand, Black Stars B goalkeepers' trainer, Najau Issah, has been proposed to replace Kingson.

If approved by the NC, the medical staff will also be replaced with new faces.

The Stars will open their AFCON 2021 Group C qualifying campaign against South Africa on November 10, followed by the Sudan clash a few days later.

The other Group C team will be decided after the preliminary round tie between Mauritius and Sao Tome and Principe next month.

The Cameroun 2021 AFCON qualifiers will be played between November 2019 and November 2020.

The two top teams from each of the 12 groups will qualify for Cameroun 2021.

Templeton & Munro out for three months

DG of NSA donates to 2 constituencies in AR

Kudus sidelined till next year

Celtic & Rangers in the Europa League

Journalist apologises for comments about Fati