Sunday's race is live on BBC Radio 5 Live and the BBC Sport website at 06:10 BST

Lewis Hamilton and Mercedes are poised to make Formula 1 history at the typhoon-hit Japanese Grand Prix.

After the decision to cancel all track activities on Saturday because of Typhoon Hagibis, qualifying is set to be run on Sunday morning at 10:00 local time (02:00 BST), with the race as scheduled at 14:10 (06:10).

This would break the record of five straight title doubles set by the Ferrari with Michael Schumacher from 2000-2004.

Hamilton cannot quite seal his sixth world drivers' championship in Japan, but if results go their way, Mercedes can clinch the constructors' title and ensure that no driver from another team can win the championship.

Hamilton, who is 73 points ahead of Bottas and 107 clear of third-placed Charles Leclerc of Ferrari, needs to gain just five points on his rivals in Japan and at the subsequent race in Mexico in two weeks' time to win the championship. 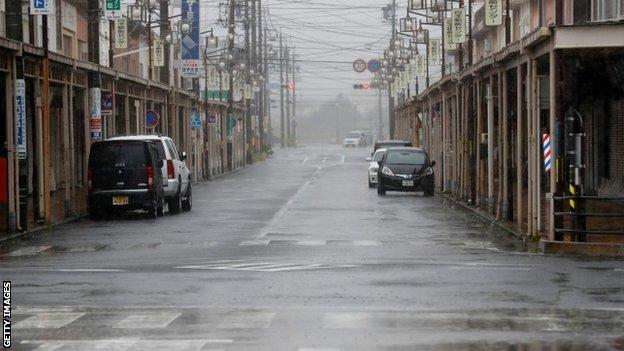 Typhoon Hagibis, the largest tropical storm of the year, pounded Suzuka on Saturday and there is great uncertainty going into raceday.

The area around the track is set to miss the worst of the storm, which weakened in the day leading up to the race and was strongest near the capital Tokyo to the north west, where at least one person was killed and emergency evacuation orders have been issued in some areas around Yokohama.

More than 1,600 domestic flights have been grounded and the services of the famous Shinkansen 'bullet' train cancelled on Saturday between Tokyo and Osaka.

Suzuka, located in Mie Prefecture in the Kansai region on the south coast of Honshu island between Nagoya and Osaka, was subjected to winds of up to 92kmh (57mph) and 134mm of rain in 24 hours.

Sunday is expected to be dry, although the strong winds will continue and there are predictions of gusts of up to 57kmh (35mph).

The question mark over qualifying is largely the degree of damage that could be done to the track and its facilities and whether it will be possible to run cars by 10am on Sunday.

Ferrari driver Sebastian Vettel said after practice on Friday: "The circuit will be a big question mark, the state it is going to be in, because there should be some rain and the wind also will play a role, but we can't say [how] now."

Teams and organisers have taken precautions to try to limit the damage caused by the typhoon, including dismantling equipment and raising it from the ground to prevent flood damage.

There is also the question of the readiness of the F1 television 'broadcast centre', which had to be dismantled on Friday because it was was not strong enough to withstand the predicted winds. That will have to be reconstructed in time to film qualifying on Sunday morning - no easy task.

Officials were also concerned about the risk of debris being strewn around the circuit by the storm winds, and how long it will take to clear that up by the limited team of marshals at the track. 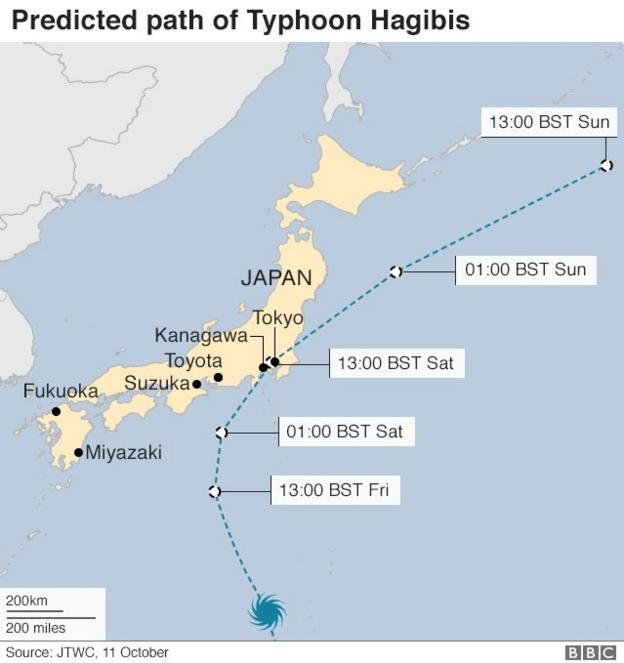 How do the teams stand on track?

If qualifying cannot be run on Sunday morning - because the facilities are not ready or conditions are not suitable - the grid for the grand prix will be set from the results of Friday practice, when Bottas and Hamilton finished one-two and looked in a league of their own.

Bottas was 0.1 seconds quicker than Hamilton, who was not as happy with his car set-up, while Red Bull's Max Verstappen was 0.281secs off the pace in third and Leclerc in the fastest Ferrari 0.356secs adrift. Ferrari's Vettel and Red Bull's Alexander Albon were fifth and sixth fastest, ahead of the McLaren of Carlos Sainz.

Mercedes' advantage looked especially large on longer runs, when the teams practice on high fuel loads in preparation for the race.

On these, Bottas and Hamilton were a second quicker on average on an equivalent run length than Leclerc. It was not possible to compare Mercedes to the runs of Verstappen and Vettel, because they ran different tyre programmes, similar to each other, with the Ferrari slightly quicker than the Red Bull.

Ferrari's lack of pace was unexpected because although Hamilton and Mercedes dominated the first part of the season, with eight wins for the Briton in the first 12 races, and another two for Bottas, the Italian team have taken over as the leading force since the sport returned from its summer break. 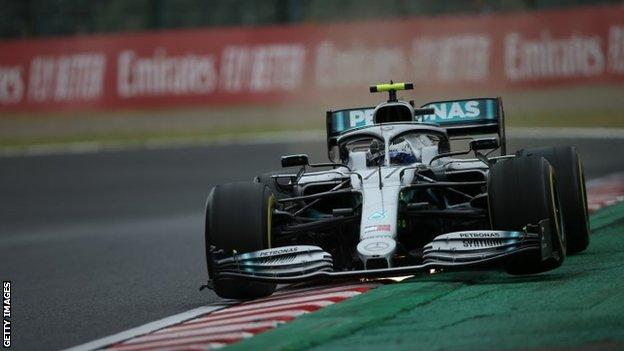 Since the Belgian Grand Prix at the end of August, Ferrari have won three of the four races and would have won all of them had it not been for a badly timed virtual safety car period in Russia two weeks ago.

Vettel said Ferrari's pace in Japan was "not too bad - not as bad as maybe you think".

Of Mercedes, the four-time world champion said: "Maybe they did a step forward, maybe the track suits them. It was OK but we can improve. The conditions will be the biggest challenge."

Mercedes have brought a significant aerodynamic upgrade to Suzuka, with new parts around the leading edge of the car's side pods, and it seems to have made a significant difference to the car.

Hamilton described his car as "a work in progress", while Bottas said: "Felt good from the beginning, really happy with the car in general, still minor things with the balance to tweak but both short and long runs felt good. It always so much fun here driving these cars and especially when the car feels good it is even more.

"It is only practice but I do still feel the gains we've made with the car. We can just push the car further than before. But still Sunday is going to be close."

But their rivals fear that Mercedes may be out of reach.

Verstappen said he believed Mercedes were "looking very strong" and Leclerc added: "It seems we are lacking pace this weekend, which is a bit of surprise because we were very strong in the last four races and we expected to be quite good here.

"The balance is not that bad, actually. We are just lacking speed. There is a little bit in driving as well. I am not driving very well. But I still expect it to be hard to catch Mercedes in front."