Salah has scored nine goals, in addition to five assists, in 17 games for Liverpool this season

Liverpool forward Mohamed Salah will miss Egypt's Africa Cup of Nations qualifiers against Kenya and Comoros with an ankle injury.

The 27-year-old was substituted in the 87th minute of Sunday's 3-1 Premier League win over Manchester City after picking up the knock in a challenge with Fernandinho.

Salah met up with Egypt in Cairo on Tuesday for tests on the injury.

"The injury needs a period of treatment to recover," said an Egypt statement.

Salah missed Liverpool's draw against Manchester United in October after a tackle by Leicester's Hamza Choudhury injured the same joint.

Club manager Jurgen Klopp, who had been angered by Choudhury's tackle in Liverpool's 2-1 win, said before Salah's latest setback that his joint top-scorer was still feeling the effects of that initial knock.

"I think it is more really annoying - for him, not me - the fact that it always has a bit of fluid in, and he has to deal with it, we get it out and it comes back, and stuff like that," said Klopp on 2 November.

Liverpool's next match is away to Crystal Palace on 23 November. 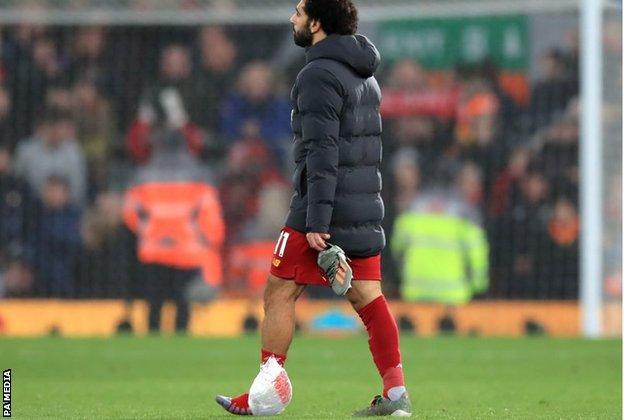 The many faces of Richard Foster

No problem giving up wages but players'

MacPhee 'wouldn't be given fair chance'
Next Item