Coronavirus: How drivers, engineers and cycling kit makers are helping

Sims picked up supplies from Mercedes F1 among other teams

The sporting calendar may have been obliterated for the foreseeable future by the coronavirus pandemic, but some sports people are keeping busy by joining the fight against Covid-19.

Engineers and experts across different sectors of motorsport and cycling have halted their search for racing superiority and are now manufacturing masks and respiratory devices, and producing hand sanitiser.

"The most things we've got is gloves," he told BBC Sport. "Around 300-350 pairs, as well as a couple of hundred all-in-one suits, cleansing wipes and hand sanitiser.

"It's a little bit of a mis-match because you're just taking what some teams have got in stock. But I've got a very nice response from those teams that have just donated whatever they've got."

Sims added: "She was just explaining the dire situation they're in, in terms of PPE. She's the brains behind this - I'm just the one with a bit of time on my hands to try and organise it, send out some emails, contact people and pick it up, wearing my own gloves and trying to be safe in the process and looking at the bigger picture.

"It made a lot of sense to me to try and get involved and do my bit."

While seven Formula 1 teams work with the UK government to find ways to develop and supply much-needed ventilators and Mercedes collaborate to create their own breathing systems, there are other racing teams determined to make their mark too.

Formula E is the world's first 'green' all-electric racing series, which has seen its racing calendar suspended along with almost all other sports.

Engineer Alberto Blanco from Mahindra team - Indian-owned but based in Banbury in Oxfordshire - is leading a new project designing a ventilator with Mahindra and Chinese team Nio333's technology partner QEV Technologies.

QEV, a Barcelona-based electrical racing research and development company, is importing ventilators from China and donating them to local Spanish hospitals, while redeploying 14 engineers to research and design a new prototype ventilator.

Blanco told BBC Sport: "It's incredible and unacceptable that some hospitals and other health centres don't even have the most basic material weeks after the infection started."

Engineers are using 3D printers to produce face shields which have been tested at a hospital in Barcelona already, with "thousands" expected to be rolled out in Spain in the coming days. 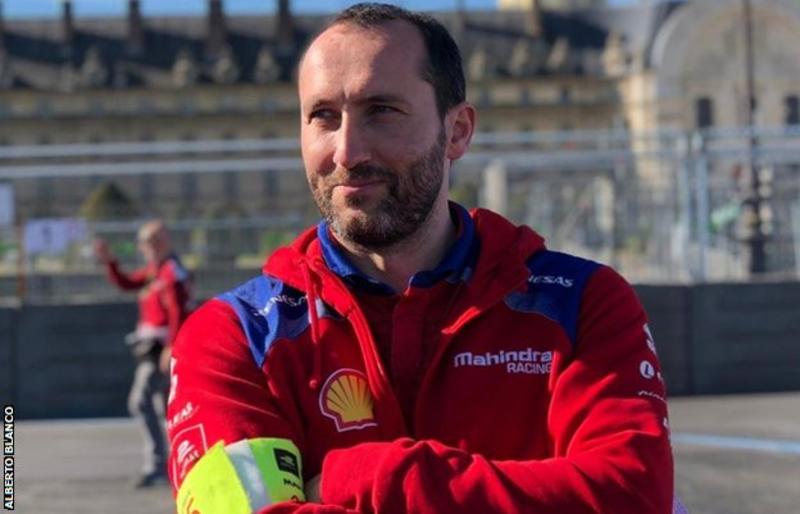 Alberto Blanco says "trying to help in this crisis is not something to be proud of, this is simply something we must do"

According to statistics from the World Health Organization (WHO) 80% of people with Covid-19 recover without needing hospital treatment, but one person in six becomes seriously ill and can develop breathing difficulties.

To help hospitals cope with increased ventilator usage, the team have started producing bifurcators (a little like a junction) using 3D printers.

These create two airflows and mean each ventilator can serve more than one patient at a time - doubling the capacity of those already in use in hospitals across Spain.

Blanco said: "The philosophy of the Formula E championship is always looking at ways to make this world better. In our races we need to strategically manage the available energy to be as fast as possible, now it's time to manage our personal energy to stay strong and slow down the virus until we can finally beat it.

"Our heroes, and many others that will struggle in this situation, deserve all our support."

From rainbow stripes to washable masks 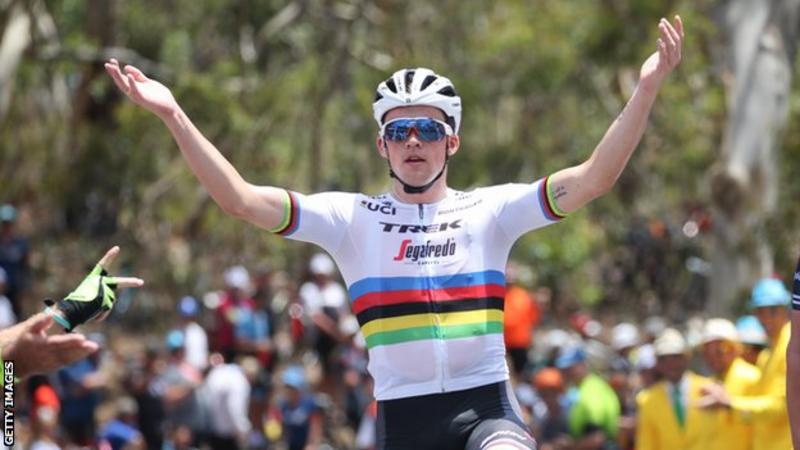 One of the worst affected areas of northern Italy, in Lallio near Bergamo, is a heartland of cycling.

Santini, the historic family-run producers of the famous cycling World Championship rainbow jerseys, have turned their resources to manufacturing reusable masks for Italy.

The country remains in a complete lockdown as a measure to slow the spread of the virus. The northern region of Lombardy has seen the highest number of deaths so far, with Italy's total standing at 13,155 deaths on Wednesday.

A prototype was tested by authorities in Milan, and the production line began last week with the capacity to make up to 10,000 washable masks a day.

Paola Santini, marketing director and daughter of the company founder Pietro, told the Union Cycliste Internationale (UCI) that when the standards and criteria to produce protective masks were released, they felt they had to get involved.

"The aim was to give the opportunity to other manufacturers to create a product that can no longer be found. I looked at my sister and we said to each other 'Let's see if we can do something'. We live in the eye of the storm, we feel this emergency on our skin.

"Our prototype is reusable, sterilisable and washable up to 90-95C with the integrity of the fabric being guaranteed for use up to 10 times. It is made of dense and very compact polyester fabric, which makes the mask completely waterproof."

And of the cost? She said: "We decided to put a price that only covers the cost of the technical fabric - high quality and Italian - and production."

Chemical giant Ineos, which sponsors cycling's Team Ineos, last week announced an ambitious project to build a new factory near Middlesbrough within 10 days to manufacture up to one million bottles of hand sanitiser per month.

The UK company said it intends to replicate its new factory in Germany and will donate the supply to the NHS, as well as restocking near-empty supermarket shelves.

Celtic will adapt without fans - McGregor