Carlos Ghosn: Why carmakers must adapt - or die

The motor industry is heading at speed towards a technological revolution. Electrification and automation are the new buzzwords. So can old-fashioned car companies survive?

That's a question one of the industry's most powerful figures is keen to answer.

Carlos Ghosn is the chairman and chief executive of the Alliance, a carmaking giant made up of Renault, Nissan and Mitsubishi. It builds more than 10 million vehicles a year.

This week, on a UK visit, I asked him how much of a challenge the future presents to traditional car makers.

Change is certainly coming. Faced with ever-stricter environmental rules and under intense pressure from politicians, manufacturers are at last investing heavily in electric cars.

They are also working hard on automation. True "self-driving" cars may still be a long way off, but increasingly complex driver-assistance systems are already coming on the market.

Meanwhile robot-taxis, which can drive themselves in relatively small, "geo-fenced" areas, are being tested in cities around the world.

Then there is the effect of the internet. Cars are becoming more and more "connected" and many now let drivers unlock and start their vehicles from their smartphone. They also have access to a vast array of information and entertainments systems.

Soon, it will be commonplace for cars to be repaired or updated remotely via a software update. 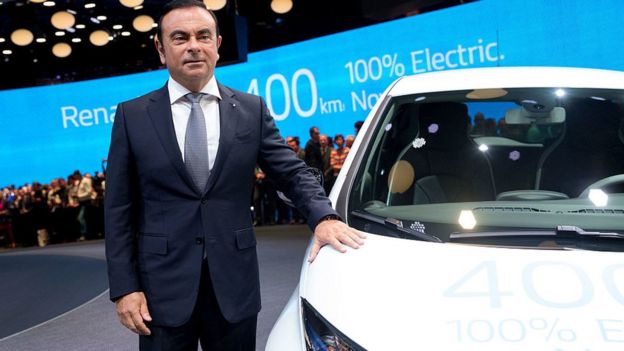 Carlos Ghosn is head of the Alliance, which includes Nissan, Renault and Mitsubishi

So can traditional carmakers adapt, or will they be casualties of change, swept aside by tech-savvy interlopers from Silicon Valley?

"Some old-fashioned car companies will not be able to adapt, without any doubt," says Mr Ghosn.

"But not all car companies are old-fashioned, and not all will be unable to cope."

The Alliance does appear to be in a good position. Nissan already produces the Leaf, the world's best-selling electric car, while Renault makes the Zoe, another relatively affordable EV.

"We're investing a lot," says Mr Ghosn. "We were the first company to offer mass market electric cars. Today we are the biggest seller and producer of electric cars."

Given the problems Tesla has experienced attempting to become a mass market producer, that looks like a decent position to be in. 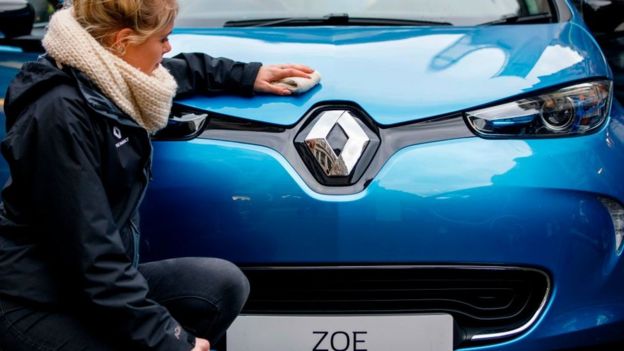 Autonomy is a different matter, however. Along with other carmakers, the Alliance is working on self-driving technology.

But the hub of self-driving research is unquestionably Silicon Valley, and it is technology firms - like the Google-owned Waymo - that have a head start.

"For autonomous cars, the race is on - this is a technology race," says Mr Ghosn. "I think this is going to transform the industry."

But that doesn't necessarily mean the traditional carmakers will lose out. Instead, he suggests they will team up with the newcomers.

"And it's not embracing the changes by just focusing on itself. It's embracing them by opening up to the tech companies, to start-ups, to partners, in order to make the changes in the most effective way possible." 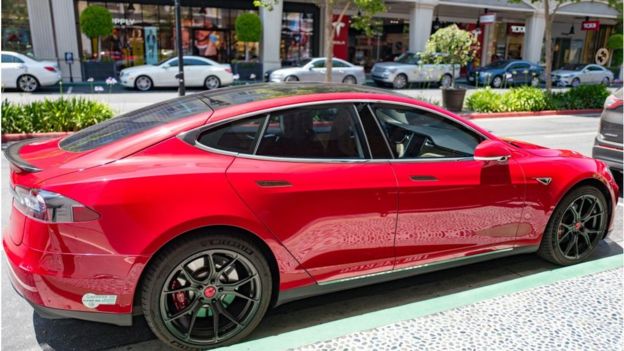 The Alliance already has a presence in Silicon Valley. Its research centre in Sunnyvale was set up in 2013 with the aim of tapping into the expertise of the region - and establishing partnerships with universities, laboratories and start-ups.

So Mr Ghosn says he is "not pessimistic".

"Obviously, for those who ignore the change, or avoid the change, it's going to be terrible," he adds.

"For those who embrace it, obviously it's going to require a lot of effort, a lot of investment. But it could give them more opportunities for growth than we've ever had in the past."

Nevertheless, one area of change does seem to threaten the very foundations of the industry.

The move towards shared-use vehicles is gathering momentum. Ride hailing apps such as Uber and Lyft have already proven very popular, as have short-term car rental schemes. 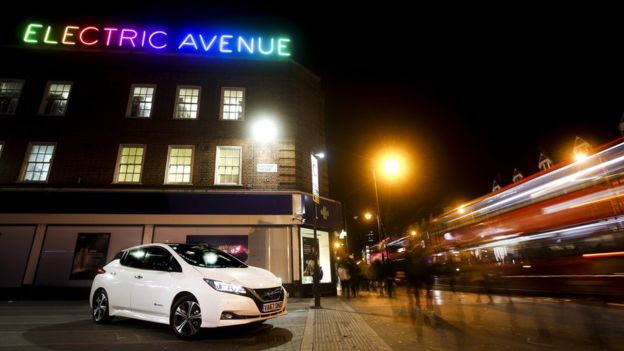 Some experts believe that the development of automated taxis will accelerate this process, and that the days of personal car ownership are numbered, at least in cities.

That would clearly threaten car manufacturers, because the market for new cars would shrink. But it is an idea that the boss of Nissan and Renault gives short shrift.

Meanwhile, he says, building systems designed for the sharing economy will provide new avenues for growth.

"Ownership of cars will continue. Maybe it'll be limited in mature markets to the benefit of shared mobility services. But we're going to be involved in both sides."

Google in talks to invest in Meesho

Small farmers are boosting yields with apps
Next Item