Electric cars not attractive for most people in the UK

Only one in four people would consider buying a fully electric car in the next five years.

That is the finding of one of the most comprehensive studies into UK consumers and pure electric vehicles.

There has been a renewed focus on the climate and environment recently.

The reluctance of British drivers to embrace cleaner electric technology could be seen as a concern for those who want to move towards a low carbon future at a faster pace.

As part of the research, British motorists were asked to drive three cars for four days apiece. They were:

It was all part of a study conducted by the Transport Research Laboratory, which is owned by a not-for-profit foundation overseen by firms in the transport industry.

'Why I didn't buy electric' 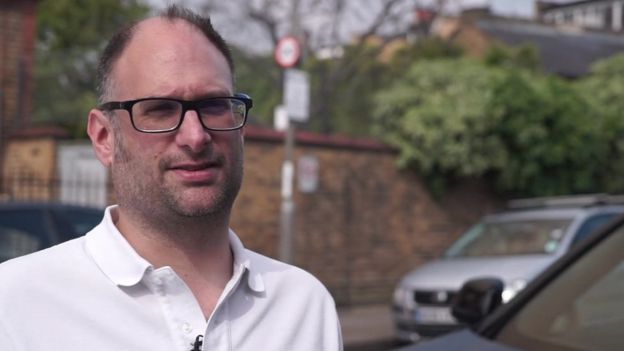 Dad of two Jon Cook recently bought a new petrol SUV. After researching the market, he didn't feel an electric car was right for long family trips to Cornwall and there were no local electric charging points.

"There is definitely an increased cost in buying electric," he said. "And also just where you go to charge the cars. We live on a street so it would be quite difficult to have a charger on our street."

Sales of pure electric cars rose to 1,517 in April 2019, an increase of 588 on the same month last year, according to the Society of Motor Manufacturers and Traders. They accounted for 0.9% of total sales for the month.

The distance the electric car could travel between charges, known as the range, was one of the most limiting factors for the consumers who took part.

Analysis revealed that a range of 320 km (200 miles) was needed for 50% of participants to consider owning a fully electric car. Increasing the range to 480 km (300 miles) meant 90% would consider electric.

Around half of the participants indicated they were likely to choose a plug-in hybrid as a main or second household car in the next five years. The same quantity would consider a fully electric car as a second vehicle.

"Key barriers to adoption of electric vehicles include the electric range," he said. 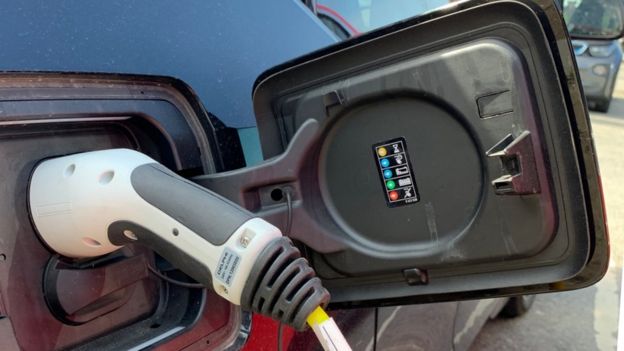 "The range needs to be long enough to give consumers confidence that the vehicle can meet their needs. The upfront purchase cost, and the availability of charging infrastructure so they can charge where and when they need, were also factors."

The government is legally bound to reduce CO2 emissions in 2050 by 80% compared with levels in 1990, and reducing vehicle emissions is seen as a critical part of this.

As part of its clean air strategy, the government has pledged to end the sale of all new conventional petrol and diesel cars and vans by 2040.

Last year, motoring groups condemned the government's decision to cut subsidies for buying greener cars, as grants for new plug-in hybrids were scrapped, and discounts on all-electric cars were cut from £4,500 to £3,500.

Cash incentives have been offered since 2011 to help promote cleaner cars and meet emissions targets.

Last month, sales of plug-in hybrids in the UK fell by 1,000 on the same month last year, to just under 2,000 cars. The government denies that reducing its subsidy for electric cars last year has had a detrimental effect.

But the price of the car was considered "very important" or "extremely important" by more than 85% of participants, in relation to both fully electric and plug-in hybrid. Consistent with this, 73% of participants reported being "fairly likely" or "very likely" to have a plug-in hybrid in the household in the next five years if government grants were available to reduce purchase costs.

Roads Minister Jessie Norman said: "We're getting lots of electric cars coming onto the market and there's more competition and that is starting to bring prices down."

"As that happens it's better to spread the money over a wider group and encourage take-up that way and that's what we've done."

Land Rover Defender does its own stunts

What the S20's eSIM means

Turn your life into a gallery

Your phone talks about you behind you

Why flip phones deserve a shot

Kaspersky Lab to Open Office in Kigali
Previous Item
NEXT