The boss of a company which gets children into computer programming has warned a current skills shortage will get worse unless it is tackled.

He also said schools were improving the way they teach digital skills and called on them to do more.

Robotical is the company behind Marty the Robot - a programmable robot which aims to inspire the next generation of roboticists and engineers.

The firm has partnered with a centre based at Tynecastle football ground, which aims to grow local business skills. 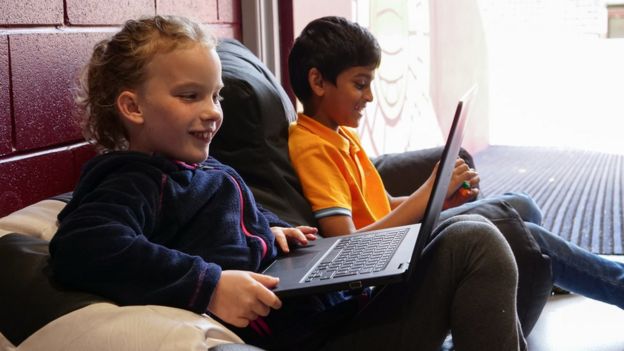 Mr Enoch said of the technology industry: "There's a huge amount of opportunity there, it's a really exciting time, but we do need to get kids learning useful skills so we're ready for that future.

"The thing that strikes homes for us is that we're trying hire a developer or two at the moment and it's really had to get any.

"There's such a shortage already and that's going to get worse if we don't address it."

Mr Enoch added: "A big part of that is not just the traditional areas but other areas of the community.

"Getting out to Hearts and a section of the Edinburgh population who might not have had a chance to program a robot, and learn about coding was a good opportunity."

He also said Scotland's education system was already doing a lot to encourage pupils to learn coding skills, through the Curriculum for Excellence, adding: "There's always a lot more you can do and not all the teachers have the skills to teach things like computational thinking, which is the foundation for all this stuff.

"The job markets is changing hugely and that's only going to continue, so robotics and automation is coming along, and it's really important that we prepare young people for the future."

The videos that got me through exams
Previous Item
NEXT

Who gets to own your digital identity?
Next Item