Why are more and more car companies teaming up?

Luxury carmakers such as BMW and Daimler, which owns Mercedes, will work together on areas like ride hailing

When BMW and Daimler announced a €1bn (£880m) partnership last week to develop a suite of "mobility services" together, it was a clear sign of how the auto industry had changed.

For one thing, the German giants - who plan to work on driverless vehicles, ride-hailing and pay-per-use cars together - are normally fierce rivals who would never dream of teaming up.

For another, their pact was just the latest in a growing line of partnerships between traditional carmakers who are preparing for an uncertain future, in which next-generation technology could upend the industry and Silicon Valley could hold more sway than Detroit or Wolfsburg.

Just recently Ford and Volkswagen agreed to "investigate" ways of working on electric and autonomous vehicles together, while Honda invested $2.75bn (£2.1bn) in rival General Motors' driverless unit with a view to launching a fleet of unmanned taxis.

There have been similar tie-ups between Tesla and Daimler, and Volvo and PSA, as well as a host of pacts between carmakers and tech firms. 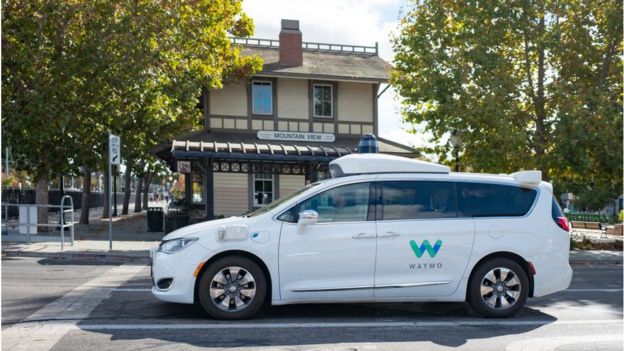 Google's Waymo is leading the way in the driverless car sector

What is going on?

"Nobody knows what the future of mobility is going to be exactly, so people are getting together to lower the risk," says Prof Peter Wells, director of the Centre for Automotive Industry Research at Cardiff Business School.

He expects electric cars, ride sharing and autonomous driving to radically change how we use cars, eventually prompting a fall in car ownership.

So traditional carmakers are having to fight to remain relevant, particularly as tech companies like ride-hailing firm Uber and Google's driverless car business Waymo overtake them.

"The research and development to develop these new technologies also costs billions, so it makes sense to share the burden rather than duplicating," Prof Wells says.

"The problem for the industry is that it is struggling to afford its own future." 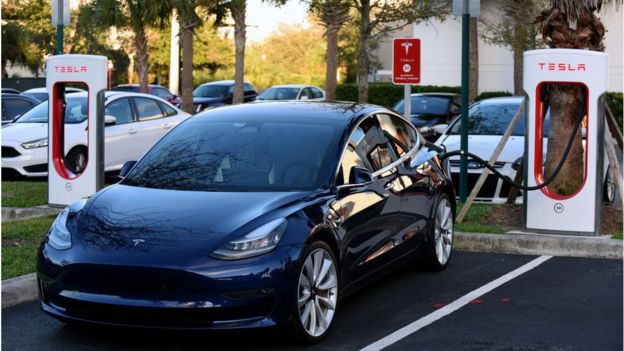 Some of the partnerships between carmakers have included commitments to working on electric vehicle technology - although sharing in this area still proves difficult for many given the competitive nature of the industry.

Electric cars still account for only a fraction of vehicles on our roads but that is expected to change over the next five years as regulators crack down on vehicle emissions levels from petrol and diesel cars.

The problem, says David Leggett, editor of Just-Auto magazine, is that traditional carmakers "haven't really changed the way they make cars for 100 years" and are having to overhaul their production processes fast.

"The main challenge is that the technology is costly. It's a tall order to make batteries that are cheap enough and perform well enough to compete with petrol engines," he says.

The danger, he says, is new players coming in who can be radically different in how they make and sell cars or transport services. 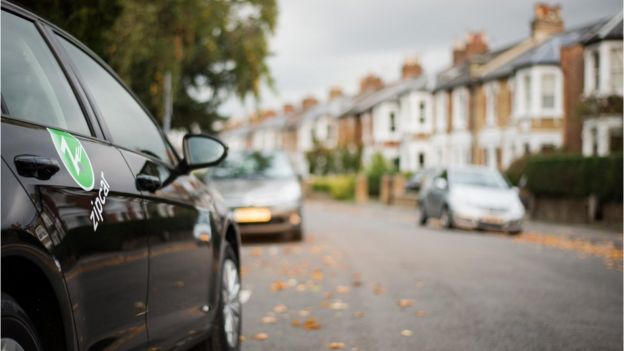 Car-sharing services like Zipcar could transform our relationship with cars, say analysts

Perhaps the best example is US firm Tesla, led by Elon Musk, which in little over 15 years has become the world's number one manufacturer of plug-in passenger cars.

The Chinese are also making huge strides in developing electrics, backed by generous subsidies from the Chinese government.

Perhaps the bigger threat driving carmakers to team up is that car ownership could fall, as driverless vehicles take off and we increasingly opt to rent or borrow cars rather than buy them.

The Boston Consulting Group estimates that nearly a third of the miles that Americans will rack up on roads by 2030 will be in electrified, autonomous vehicles operated by ride-sharing services.

"Even now it's not that financially sensible to own a car - it's stationary 95% of the time and quickly loses its value," says Prof Wells. "But once car sharing takes off it will take the cost out of travel per mile and ownership will seem less appealing."

To prepare themselves, most major carmakers have launched some form of mobility services programme while ploughing cash into driverless cars - either independently or in partnership. 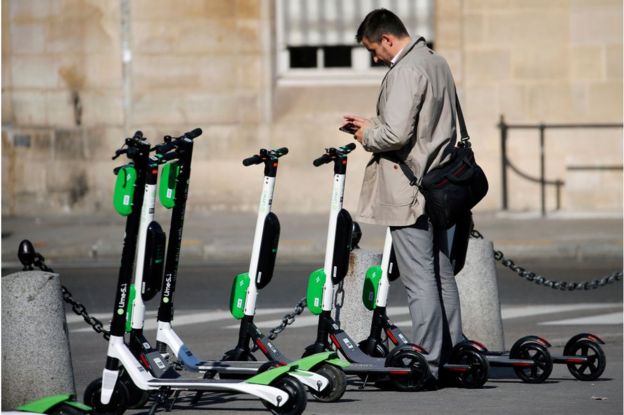 Urban mobility services are increasingly branching out beyond cars

For example, Daimler will merge its Car2Go car-sharing service with a range of mobility services operations at BMW - including an Uber-style ride-sharing service and a route management app that lets you plan and book entire trips using cars, public transport and even scooters.

It's aimed at challenging the likes of Uber and Waymo, although many car firms have sought to partner with the tech challengers too. Toyota, for instance, invested $500m in Uber last year and chipmaker Nvidia is working with VW among others on areas such as artificial intelligence in cars.

"There were lots of fears about tech firms taking over the industry, but this has receded a bit as tech firms see how difficult it is to make cars," says Prof Wells.

"Look at Tesla - it's only just started to make a profit after 15 years in operation. It's not an easy industry to make money in." 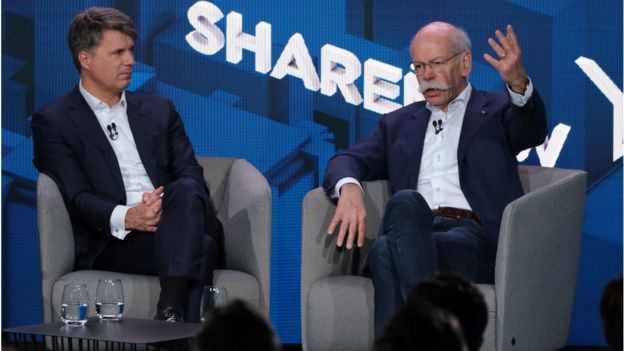 The heads of BMW and Daimler, Harald Krüger and Dieter Zetsche, say they are open to working with other car makers

While more and more car firms are teaming up, their agreements are rarely exclusive or involve cross ownership. They also tend to collaborate only in certain areas, while remaining competitors in others.

Mr Leggett doubts we will see any full-blown mergers between car brands in the coming years, even if there is the temptation to do so.

"The car industry is littered with failed takeovers. The costs of aligning the production processes and marketing are simply too big."

He instead expects to see more "rationalisation", with carmakers pulling out of unprofitable markets and forging more strategic pacts in the vein of Daimler and BMW.

Car firms that fail to adapt will face an uncertain future, however.

"At the end of the day, if a company is losing a lot of money it is difficult to carry on as it is," Mr Leggett says. "Traditional carmakers will get left behind if they haven't grasped the nettle of new technology."

Maxam shut down to expedite probe

Stock futures up on growing hopes
Next Item