Sunday Riley, the founder of the eponymous skincare brand, has been reprimanded for telling staff to write fake product reviews to boost sales.

As part of a settlement, Ms Riley and her firm have been ordered not to post fake reviews in the future.

But two FTC commissioners criticised the settlement and said Ms Riley and her company should be fined.

The Texas-based firm was started 10 years ago by Ms Riley. It makes premium skincare products and counts the likes of Victoria Beckham and British model Jourdan Dunn among its fans.

An investigation by the FTC - which was sparked by a whistleblower's post on social news site Reddit - found that between November 2015 and August 2017 managers at the firm, including Ms Riley, submitted fake, positive reviews of its products on Sephora's site.

Sephora, a French firm, is a major retailer of beauty products around the world, selling nearly 300 brands through its shops and website.

Sunday Riley employees, including the founder, also created multiple accounts on Sephora using fake identities on a virtual private network in order to hide their company email addresses, according to the FTC. 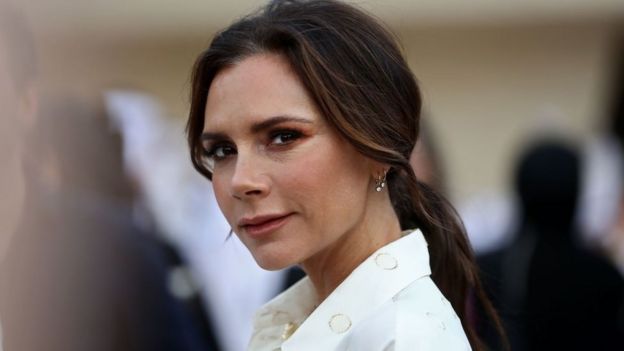 Victoria Beckham has been a fan of Sunday Riley products

Sunday Riley had become concerned that Sephora was taking down fake reviews because the beauty retailer realised they were coming from the firm's IP address.

Ms Riley emailed staff to advise them on how to create fake accounts and told them to "always leave 5 stars" when reviewing Sunday Riley Skincare products, and to "dislike" negative reviews.

According the email quoted by the FTC, Ms Riley wrote: "If you see a negative review - DISLIKE it. After enough dislikes, it is removed. This directly translates into sales!!"

The FTC charged the company and Ms Riley with two violations of the Federal Trade Commission Act.

A commission reached a proposed settlement that prohibits Sunday Riley and Ms Riley from posting fake reviews in the future.

However, two FTC commissioners who oversaw the case voted against the proposed settlement, and said that by not penalising Sunday Riley or seeking financial redress "this action does little to address the epidemic of fake reviews online".

In a joint statement, Rohit Chopra and Rebecca Kelly Slaughter of the FTC, said: "This settlement sends the wrong message to the marketplace.

"Dishonest firms may come to conclude that posting fake reviews is a viable strategy, given the proposed outcome here. Honest firms, who are the biggest victims of this fraud, may be wondering if they are losing out by following the law. Consumers may come to lack confidence that reviews are truthful."

The FTC said it will accept comments from the public for 30 days before finalising the proposed settlement with Sunday Riley.

China has more 'unicorn' startups than US
Previous Item
NEXT