US jobs growth jumps in November

The US economy added the largest number of jobs for 10 months in November, confounding economists' expectations of a slowdown.

The growth was helped by striking GM workers returning to work and a big rise in healthcare posts.

The US economy has continued to expand, despite concerns that trade wars had hit business confidence and investment.

"The upbeat data reinforces the strength of both the labour market and consumer confidence, despite slowing global growth and continued trade uncertainty."

Friday's report from the US Labor Department showed wide-ranging gains, even in indicators that were slow to revive after the financial crisis.

For example, the number of people working part-time, despite wanting full-time positions, dropped to 4.32 million - well below the 30-year average. 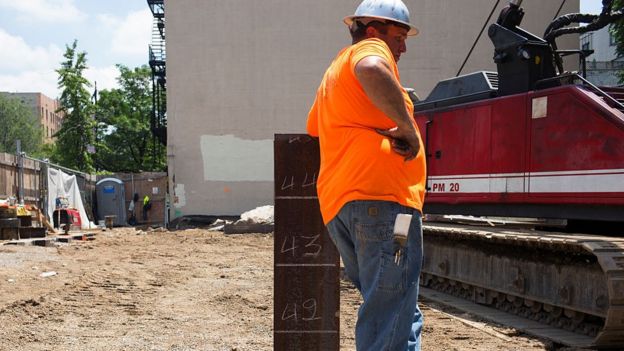 Ian Shepherdson, chief economist at Pantheon Macroeconomics, said the jobs numbers were "astonishing", but could be revised down at some point.

"This is wild," he said. "That [jump is] hard to square with leading indicators, all of which tanked in the late summer and early fall, so it seems like a candidate for a big downward revision."

The US economy, which is powered largely by consumer spending, grew at an annualised rate of 2.1% in the three months to 30 September, according to the latest government estimate.

But business investment and confidence have slumped, amid concerns about trade fights and global growth. The rate of hiring has also retreated, dipping from an average of 223,000 per month in 2018 to 180,000 per month this year.

To address fears of a slowdown, the US central bank has lowered interest rates three times since July.

The strength of the latest hiring report suggests the Federal Reserve will leave rates untouched for now, analysts said.

Tesco considers pulling out of Asian markets
Previous Item
NEXT