What were the top business stories of 2019?

In 2019, global trade tensions, political upheaval on the streets of Hong Kong, indecision over Brexit and a litany of corporate scandals dominated the business news agenda.

Executives lost their jobs, bankers were sent home, and big corporate names from Nissan and Boeing to Topshop and Whirlpool wrestled with threats to their reputations.

Here, month-by-month, is a countdown of the biggest news stories - events with repercussions that lasted for weeks and in some cases, months.

Things get sticky for Patisserie Valerie 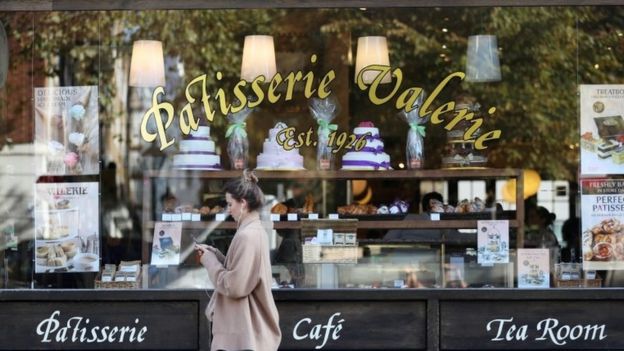 The upmarket patisserie collapsed like a soufflé after it was found to have overstated its cash position by tens of millions of pounds.

Six arrests were made, and Patisserie Valerie went into administration. Its largest shareholder, Luke Johnson, tried to bail it out, but eventually it was bought by Irish private equity firm Causeway Capital.

Grant Thornton, the baker's auditor, came in for criticism for failing to spot the fraud. This scandal - along with the collapse of UK construction giant Carillion - led to the launch of three government-commissioned reviews into how audit firms are regulated. 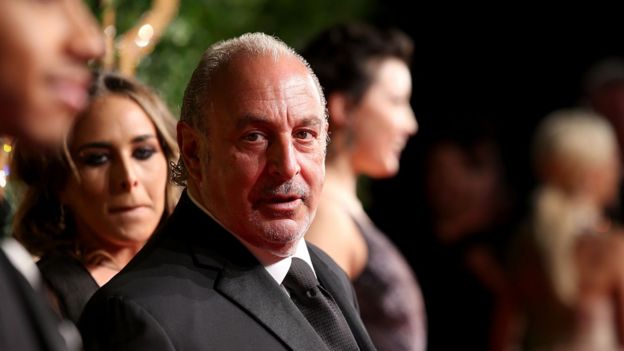 The boss of Topshop-owner Arcadia was thrown into the spotlight when the Daily Telegraph published allegations against him which included bullying and racial and sexual abuse.

Five employees who made the allegations had signed non-disclosure agreements (NDAs) in exchange for cash settlements. But Chris Evans, the Telegraph's editor, said it was in the public interest to share their stories.

The original article was meant to run in August 2018, but did not appear until February after the High Court gave the go-ahead to end an injunction against publication. Later in the year, the retail tycoon faced further charges of misdemeanour assault in the US, which, along with the initial allegations, he strenuously denied. 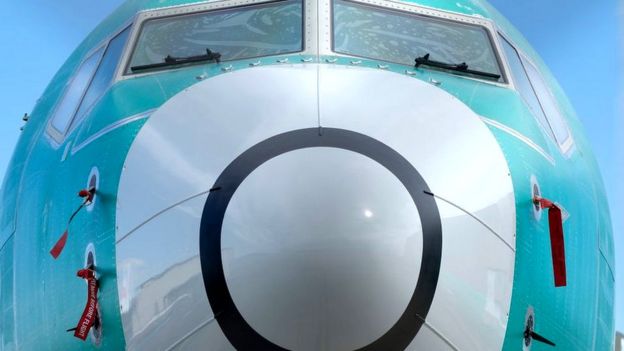 The air disaster in Ethiopia, which followed the crash of a 737 Max a few months earlier in Indonesia, left hundreds dead and Boeing's reputation in tatters.

The fleet of 737s was grounded, though not as quickly as some thought it should be. Rectifying the problem has proved even harder, as details gradually emerged of what lay at the heart of the problem.

By the end of the year Boeing had fired its chief executive and decided to call a temporary halt to production from January. The consequences for Boeing, its suppliers and the US economy will continue, while the families who lost their loved ones are still calling for an explanation of how the planes were allowed to continue to fly despite warnings. 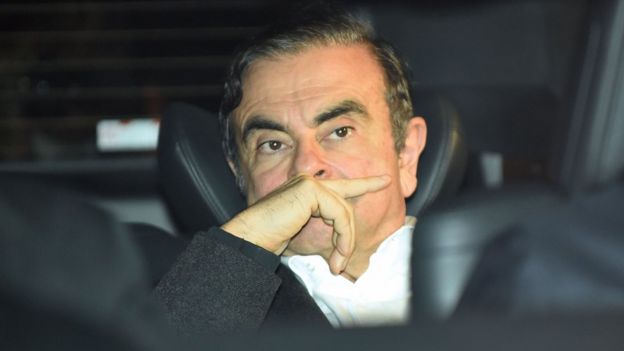 The 64-year-old Frenchman had led the Japanese carmaker for nearly two decades before a whistleblower made claims about Mr Ghosn's alleged financial misconduct.

He was sacked as chairman shortly after he was first arrested in November 2018, but his ousting from the board at an extraordinary shareholders' meeting completed his fall from grace.

Mr Ghosn vehemently denies the accusations of under-reporting his salary and using company assets for personal use.

Since then, the tit-for-tat accusations have continued with Mr Ghosn accusing the Japanese government of conspiring with Nissan against him.

On 30 December it was reported that Mr Ghosn had travelled to Lebanon after leaving Japan while awaiting trial in Tokyo.

US and China blow hot and cold on trade 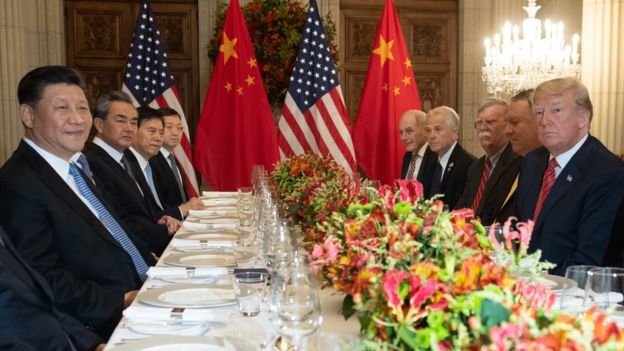 Relations between the US and China appeared to warm up in May when vice premier and economic adviser Liu He visited Washington for trade talks.

China agreed to "significantly increase" its purchase of US goods to help reduce America's trade deficit and Treasury Secretary Steve Mnuchin declared that the trade war was "on hold".

Days later, however, it was business as usual.

The White House announced that it would impose a 25% tariff on $50bn worth of Chinese goods that "contain industrially significant technologies" in response to China's alleged "unfair practices related to the acquisition of American intellectual property and technology". 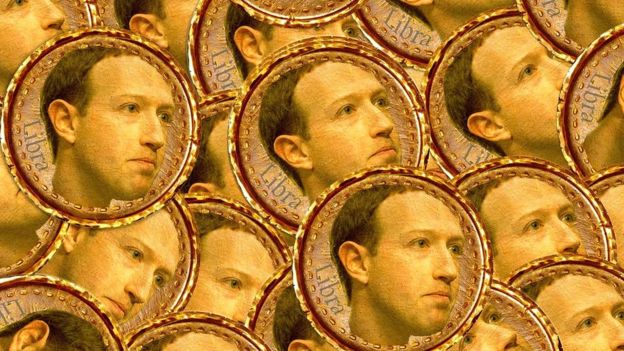 But the project immediately ran into trouble, with the head of the US House of Representatives' Financial Services Committee saying the company should wait until the US Congress had examined the project.

Other regulators were sceptical too. It has been called "beguiling yet treacherous" by European Central Bank official Yves Mersch and "a shock" by Simon Potter, an ex-head of the New York Federal Reserve.

Facebook boss Mark Zuckerberg has warned that if the US does not get ahead of other global crypto-currencies, it will fall behind the competition.

The axe falls at Deutsche Bank 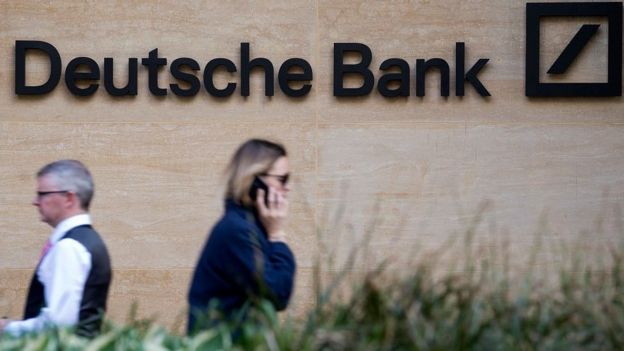 The failure of Deutsche's planned merger with Commerzbank earlier in the year forced the German bank's hand.

In July it embarked on a massive restructuring, aimed at achieving cost savings of €17bn by 2022 and laid off 18,000 bankers. Many of them, mostly employed at its struggling stock trading division, found out only 48 hours beforehand.

After gathering their personal possessions and leaving their desks, they were escorted from the building through the back door to avoid crowds of waiting journalists. 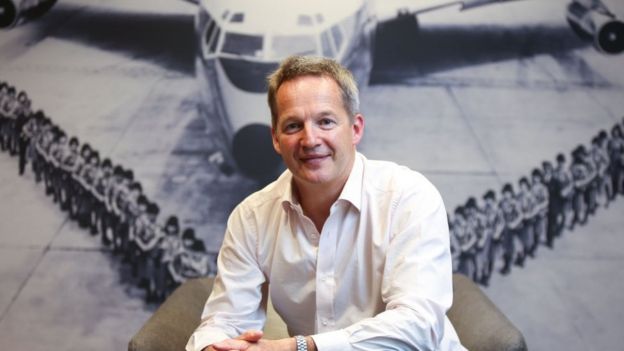 The streets of Hong Kong were swept by waves of pro-democracy demonstrations leaving firms to choose how to respond. Some tried to show support for their staff's freedom to express their views but many also wanted to avoid provoking the ire of the authorities.

Local flag-carrier Cathay Pacific tried to tread a fine line, but in the end succumbed to pressure from the mainland, after China's state-run press fuelled a #BoycottCathayPacific campaign on Chinese social media. 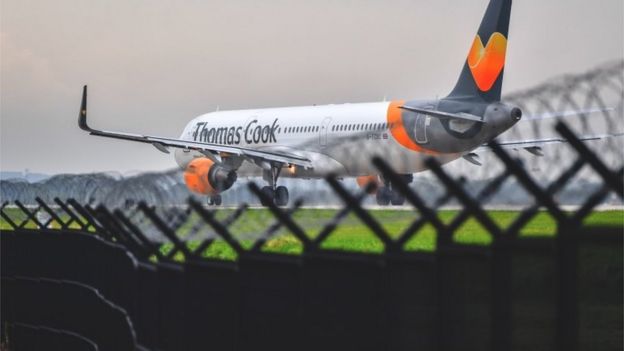 Many customers are still waiting for refunds after the 178-year-old travel agent collapsed in September.

Some 150,000 UK holidaymakers had to be repatriated during a two-week operation run by the Civil Aviation Authority, which apologised this month to the many out-of-pocket travellers who still have not been paid back.

The event has also prompted head scratching over how to avoid a repetition and the government has outlined changes to the insolvency legislation for airlines. 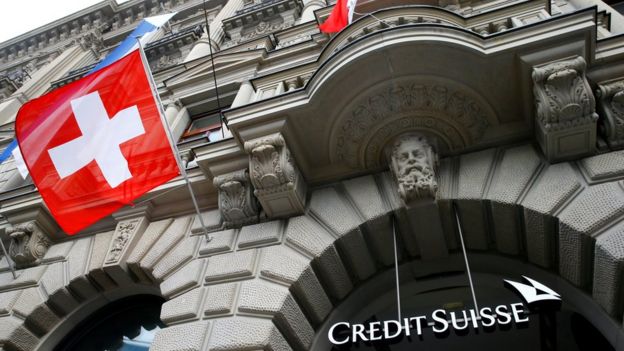 The sedate world of Swiss banking was rocked this year in a scandal involving Credit Suisse, spying and some trees.

It culminated in the resignation of Credit Suisse's chief operating officer, Pierre-Olivier Bouée, in October but centred around two of the bank's biggest cheeses - chief executive Tidjane Thiam and the former head of wealth management, Iqbal Khan.

Neighbours as well as work colleagues, the two reportedly clashed over some trees that Mr Khan had planted which Mr Thiam claimed were on his property.

Mr Khan later announced he was leaving for arch rival UBS and it subsequently emerged that Mr Bouée had hired private detectives to trail the former wealth boss for fear he may try to poach his Credit Suisse clients.

There is no indication Mr Thiam knew about the surveillance. 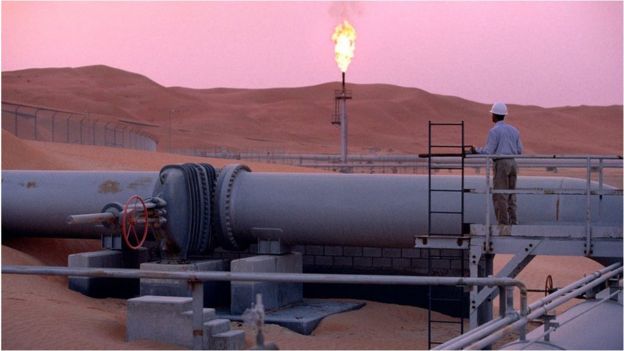 The oil giant raised a record $25.6bn (£19.4bn) in its initial public offering in Riyadh - the world's largest share sale to date.

It had originally considered flotations abroad but chose instead to sell the shares at home.

The initial public offering (IPO) of 1.5% of Aramco's shares was at the heart of Crown Prince Mohammed bin Salman's plans to modernise the Saudi economy and wean it off its dependence on oil. 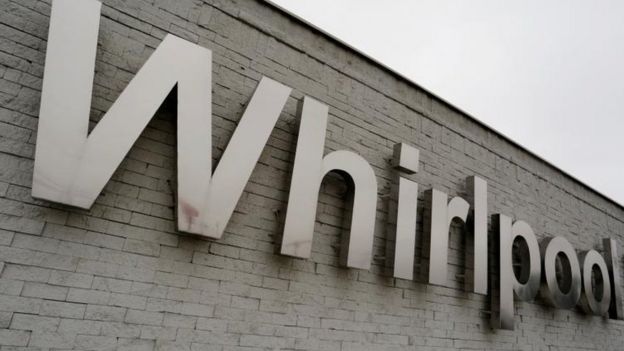 Whirlpool has been forced to recall half a million washing machines over fears that some of them may pose a fire risk.

Customers were already being warned to leave the firm's fire-prone tumble dryers alone.

But the biggest uncertainty facing UK business, what will happen with Brexit, was cooled a little by the decisive outcome of December's general election. The UK is now set to leave the EU in January.

It doesn't mean all anxiety is gone.

It is still not clear what the UK's future trading relationship will be with its nearest and largest trading partner, and it is not clear how smooth the transition will turn out to be. Those remain concerns for the next 12 months.

COVID implications on trade and investment

Will the UK refuse trade over human rights?

Celltel Networks settles on company in deal
Next Item