Will Vodafone hang up on its business in India?

India's Supreme Court has refused to grant telecoms companies further time to pay billions of dollars in additional revenues to the government. The BBC's business reporter Arunoday Mukharji explains why this is a body blow to the entire industry.

India is one of the world's largest telecoms markets, but its main players have been facing a torrid time in recent years.

And now their woes have been added to, after the country's top court directed telecoms companies to pay $13bn (£9.9bn) by 17 March - further asking why contempt proceedings should not be initiated against them for not coughing up the money earlier.

For Vodafone-Idea - one of the country's biggest telecoms firms - the order comes during an especially difficult period. The company announced a sixth straight quarterly loss of $903m (£693m) this week, compared to a loss of $70m during the same period last year.

The situation is so bad, the company's chairman Kumar Mangalam Birla has gone on record to say the company will shut shop if they are not granted any relief from the government or courts.

Vodafone-Idea, along with competitor Airtel, had been seeking more time to pay their dues at a juncture when they are already burdened with dipping tariffs and mounting debt.

The question now is with a payment deadline of 17 March and no intervention from the government looking forthcoming, is this the end of the road for the company's India operation?

The UK-based telecoms company has been one of the oldest and largest players in the Indian market, and the impact of a shutdown is not insignificant. After all, it has more than 300m subscribers, and provides jobs for hundreds of thousands.

But its closure would likely have an adverse impact on the telecoms sector as a whole. 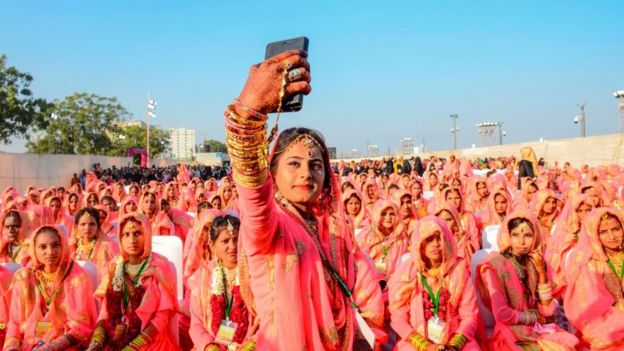 If Vodafone Idea does decide to exit the Indian market, the industry will effectively be turned into a duopoly, with the only players being India's Reliance Jio Infocomm and Bharti Airtel.

And Airtel is not in a very good place either, posting losses of nearly $3bn at the end of the last quarter and owing the government nearly $5bn in dues.

Jio, the newest entrant to the country's telecoms sector, is in a much happier place and is acknowledged to be responsible for completely changing the nature of the telecoms sector.

When it entered the market three years ago, the company slashed data prices and, in the process, managed to change what was essentially a voice market into a data market. This resulted in India ending up with the cheapest mobile data in the world and severely disrupting the business models of both Vodafone Idea and Airtel.

Since then, both companies have shed millions of subscribers. They have joint losses of more than $10bn and they are now haunted by the prospects of a massive pay-out in dues to the government within the next month. 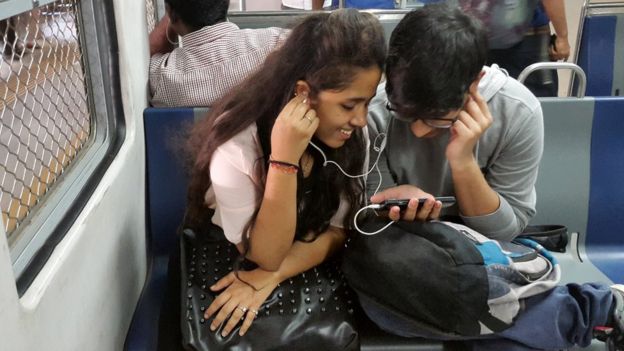 With more than 350m subscribers as of 2019, Jio looks most likely to benefit from a Vodafone exit. Experts have estimated that it could well double its earnings by 2022, potentially signing up more than 500m subscribers by then.

But what will this mean for India's price-sensitive consumers?

Massive losses from both Vodafone and Airtel last quarter prompted all three firms to raise prices.

"Prices going up is not necessarily a bad thing - it would in fact be a good thing, because that is the only way to have some competition in this market," economist Vivek Kaul told the BBC earlier.

"This needs to happen for telecoms to survive and thrive in India."

But, whether that would result in a slowdown of India's massive telecoms growth rate, remains to be seen.

What exactly are telecoms companies and the government battling over?

The battle over Adjusted Gross Revenue (AGR), has been a long and drawn out one.

In layman's terms this means that a certain proportion of revenues earned by telecoms companies needs to be shared with the government's department of telecoms.

Telecoms companies and the government had disagreed on the definition of adjusted gross revenue since 2005. The companies only wanted revenue from telecoms to be calculated in this figure, but the government wanted a much wider definition, including non-telecoms revenue like sale of assets and interest earned on deposits.

But recently, the Supreme Court ruled in favour of the government, which meant that telecoms companies needed to pay authorities a further $12.5bn.