You'll soon no longer find Adam Smith in your wallet or purse. The economist has been replaced as the face of the £20 note by artist JMW Turner.

The Bank of England said the new polymer £20 - which enters circulation on Thursday - is its most secure ever banknote.

The Bank reckons half of all ATMs across the UK to be dispensing the new notes in just two weeks' time.

The new £20 is the third plastic banknote to be issued by the Bank of England after the fiver featuring Winston Churchill - launched in 2016 - and the tenner featuring Jane Austen, which was first issued in 2017.

It replaces the paper one featuring Adam Smith which has been in circulation since 2007.

But you'll still be able to use the old notes for many months to come. The Bank will give six months' notice ahead of its legal tender status being withdrawn.

Security features on the new Turner note include: 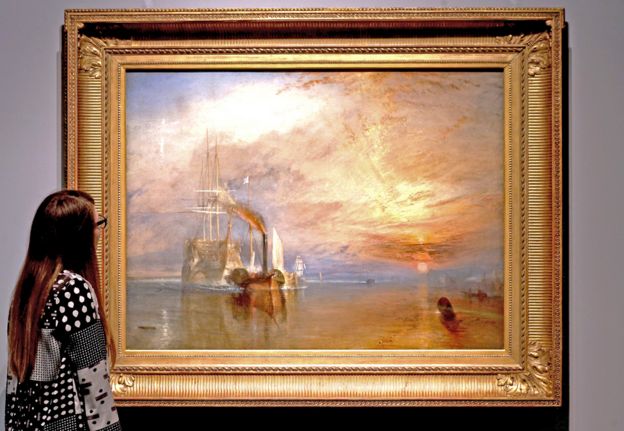 The new £20 note is the first to feature the signature of Sarah John, the Bank's chief cashier. She said: "Moving the £20 note to polymer marks a major step forward in our fight against counterfeiting. I am very grateful to everyone across the cash industry who has made this transition possible and I hope the public enjoy using their new Turner £20s."

Federation of Small Businesses national chairman Mike Cherry said: "The introduction of this new £20 note is a great step to cutting down on fraud which is a thorn in the side of small firms.

"As the most common note in circulation, small firms will be pleased to see the money they are working with is going to become safer and more secure. This will mean that small businesses can spend time and money on other issues away from fraud."

There are currently two billion £20 notes in circulation. If you laid them in a line, you could wrap them around the world nearly seven times. The £20 notes currently in circulation weigh 1,780 tons. That's the same as 141 buses.

In the first half of last year, 88% of detected banknote forgeries were £20 notes, the Bank's statistics show. 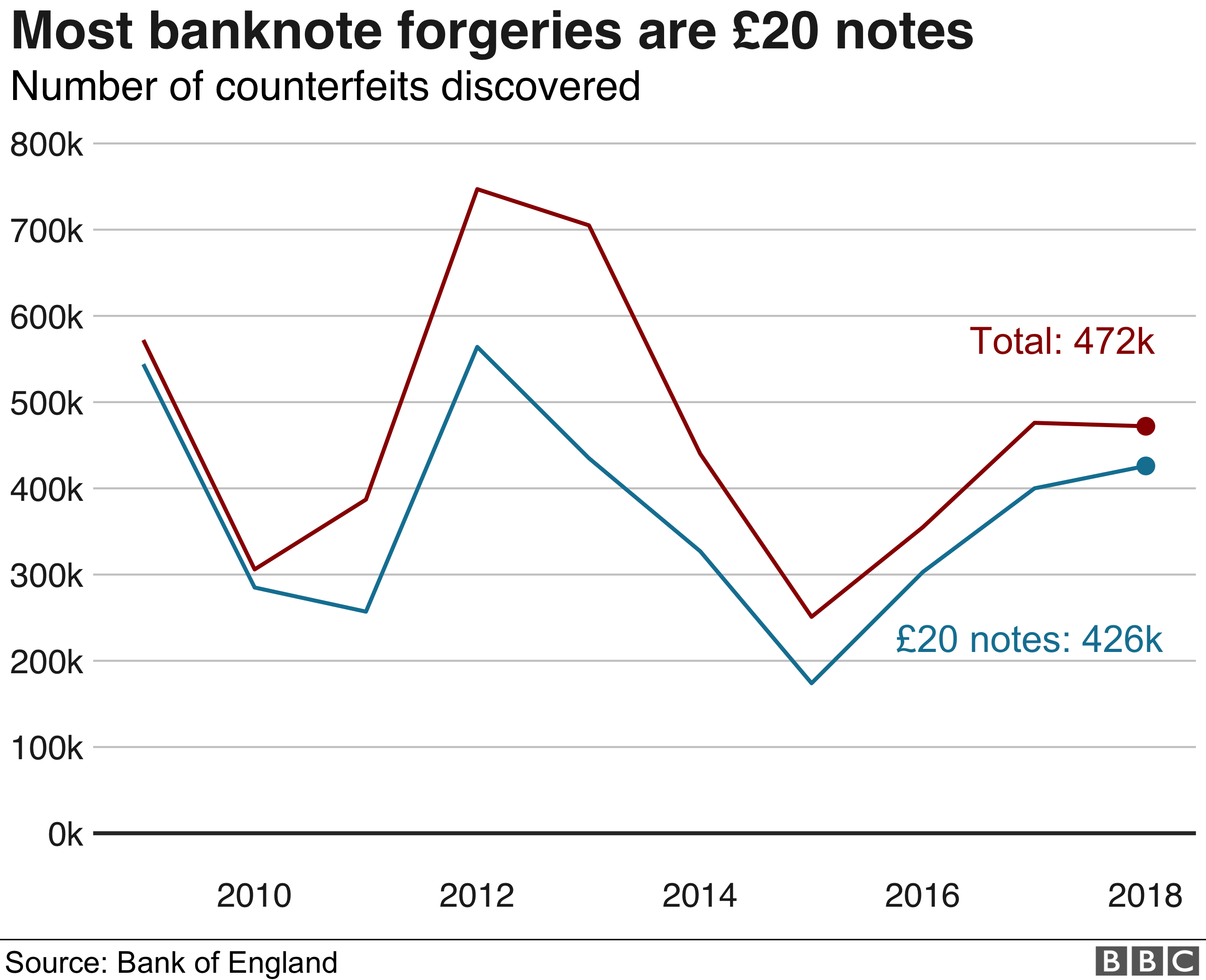 The Royal National Institute of Blind People (RNIB) has been working with the Bank to make money accessible for people with sight loss.

The new note has tactile markings on it with three separate clusters of dots along the short edge to differentiate it from the £10 note, which has two clusters of dots. It is larger than both the £10 and £5 notes.

David Clarke, RNIB director of services, said: "Handling cash can often be a challenge if you're blind or partially sighted, because it can be difficult to tell the difference between the different notes and coins. We hope the creation of these notes will help enable people with sight loss to use money more easily and with confidence.

"By incorporating tactile features on money, we are closer to creating a more inclusive society; it's the small changes that can make a big difference to independent living."

Plastic notes are longer lasting. But there are questions about how long they will be needed, for widespread use anyway. With the rise of contactless cards and internet shopping, experts warned earlier this week that within the decade fewer than one in ten transactions will be in cash.

Campaigners have called for Chancellor Rishi Sunak to save banknotes and coins for the millions of people who still use it for paying for vital goods and services, such as utility and council bills. Banks should be forced to provide suitable cash access to their customers, they say.

Bank of England Governor Mark Carney said: "Our banknotes celebrate the UK's extraordinarily rich and diverse heritage and highlight the contributions of its greatest citizens. Turner's art was transformative.

"I am delighted that the work of arguably the single most influential British artist of all time will now appear on another two billion works of art - the new £20 notes that people can start using today."

Women in Poultry to attract youth

British retail sales bounce back in January
Previous Item
NEXT

AirtelTigo gears up for “Month of Love”
Next Item