Coronavirus: A fifth of smaller UK firms 'will run out of cash'

Nearly a fifth of all small and medium-sized businesses in the UK are unlikely to get the cash they need to survive the next four weeks, in spite of unprecedented government support.

That's according to research from a network of accountants which suggests between 800,000 and a million firms nationwide may soon have to close.

Many firms have told the BBC that banks have refused them emergency loans.

The banks say they are following the rules set out by the government.

Chancellor Rishi Sunak said two weeks ago that businesses would be able to walk into bank branches and discuss Coronavirus Business Interruption Loans (CBILs) of up to £5m to help them survive the shutdown.

The promise from the chancellor was that "any good business in financial difficulty who needs access to cash to pay their rent, the salaries of their employees, pay suppliers, or purchase stock, will be able to access a government-backed loan, on attractive terms".

However, thousands of struggling firms can't get through to their banks by phone or, when they do, are being told by the banks they're not eligible.

Mayor of London Sadiq Khan told BBC Radio 5 live that "banks have got to step up" to help small and medium-sized businesses survive during the coronavirus pandemic.

Steve Lord runs Belgrave & Powell, a Nottingham-based engineering group employing 120 people and supplying services to customers such as BAE's Samlesbury site, where the F-35 and Typhoon fighter jets are made.

Since Salmesbury halted production, his business - like millions of others - is facing the prospect of cash drying up, threatening its ability to pay wages and stay afloat.

"I was heartened and astonished to see the unprecedented help that was announced by the government two weeks ago," he said. "But we put one of our most senior people on it and as each day passed it was disappointment after disappointment."

He said some of the approved lenders were demanding interest rates of up to 30%, which Mr Lord believes is "taking advantage of the situation". Meanwhile, he said, High Street banks were charging around 7%, however he was told it could be as long as a month before his firm got the money.

Mr Lord thinks too much control has been handed to the banks and approved lenders: "The government needs to make it so everyone's offering the same terms."

"It seems to be that if you are lucky you are banking with the right party, if you're not lucky you'll end up having to close your business."

Another business owner, Peter Jackson - who runs jewellery shops employing 40 people across the north-west of England - said his bank decided he was ineligible because the firm made a small loss in 2019. But Mr Jackson said his business was viable before the shutdown and expected to make a profit this year. It also owns valuable stock.

"I thought the whole point of the loans was to help business like mine stay afloat," he said. "But they're not going to help."

The figures identifying how many businesses would not be able to access cash come from a network of accountants serving more than 12,000 small and medium-sized businesses across the country called the Corporate Finance Network.

After analysing the government help on offer, those accountants say that 18% of their clients were unlikely to get access to the cash they will need to survive a four-week lockdown. 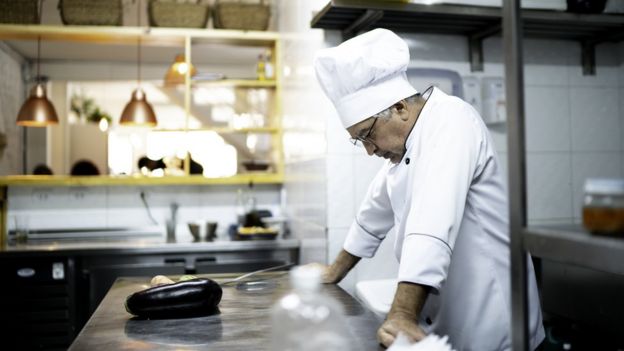 The findings echo similar reports from other business groups, estimating that up to a fifth of businesses could close if the lockdown lasts a month or more.

Bank say they're following rules set by the government, which mean firms can only get the emergency loans if they can't borrow in a normal commercial way, like borrowing against the value of a property.

Businesses wanting to borrow more than £250,000 are being told by banks that directors must sign personal guarantees. That means if the loan goes bad owing to a prolonged shutdown, their personal property is on the line.

Under CBILs, a business owner's primary residence is protected but other personal assets could be recovered if the company cannot keep up repayments. Under normal commercial lending, personal guarantees may also put the owner's home at risk if the loan goes bad. 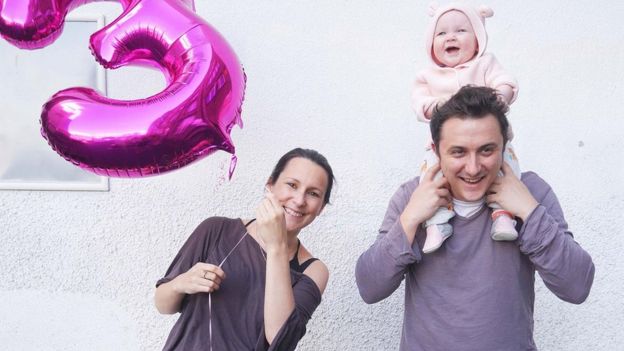 Joshua Wade founded Skin and Tonic with his partner Sarah

A spokesperson for UK Finance, the bank trade body, said: "Lenders are working hard to get financing to all businesses who need it as quickly as possible and are using the Coronavirus Business Interruption Loan Scheme (CBILS) where appropriate, with some funding having already been provided under the scheme.

"All lenders will take into account a business's individual circumstances when considering applications and many business loans can be provided either unsecured or secured on business assets."

Kirsty McGregor, founder of the Corporate Finance Network, told the BBC: "Small and medium-sized businesses employing less than 250 people employ most of the workforce - 23 million people.

"We could lose up to a million of them in the next month or so. And it will be irreversible which will be catastrophic for the UK economy."

Ms McGregor suggested the government needs to encourage small businesses to take over companies going bust in their area so employees can still be paid.

A spokesman for the Treasury said: "The chancellor has been clear that banks should support small and medium-sized businesses during these difficult times.

"That is why we're taking unprecedented action to support firms, jobs and our economy through £330bn in business loans and guarantees, paying 80% of the wages of furloughed workers for three months, VAT and tax deferrals, introducing cash grants of up to £25,000 for small companies and covering the cost of statutory sick pay.

"We're working with the financial services sector to ensure that companies feel the full benefits from this support."