Beauty and the Beast release postponed in Malaysia

The release of Disney's Beauty and the Beast has been postponed in Malaysia.

The much-anticipated film sparked controversy last week after it emerged it would feature a "gay moment".

It was due for release in Malaysia on Thursday, but Disney said it was being held for a "review" of its content.

The Malaysian Censorship Board (LPF) said on Tuesday it had approved the screening but with "a minor edit concerning a gay moment in the film".

Homosexual activity is illegal in Muslim majority Malaysia, although the country's tourism minister has said banning the film is "ridiculous".

A new release date has yet to be announced. The live-action remake was granted a "P13 parental guidance classification". 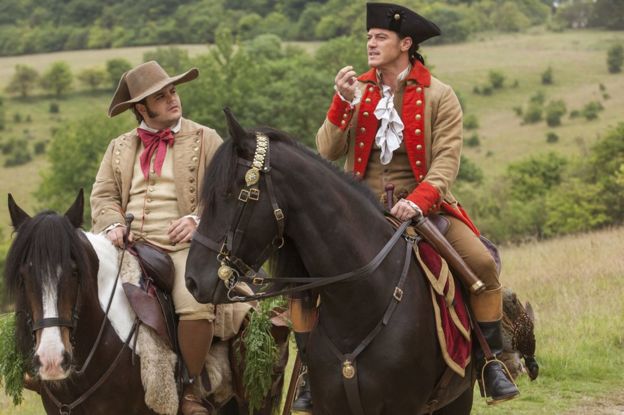 "We have approved the film so there is no more issue. Once a film receives approval, it means it can be screened," LPF Chairman Datuk Abdul Hamid said.

"However, the date of screening and where the screening takes place is not under LPF's jurisdiction. We only look at the content and give a decision on whether the movie gets approved or not."

Local cinema chains have been offering refunds for customers who have purchased tickets in advance.

Beauty and the Beast director Bill Condon has spoken about the "exclusively gay moment" in the film.

It involves LeFou - the sidekick of the film's main antagonist Gaston - who tries to come to terms with feelings for Gaston that swing between lust and admiration, as a side-plot to the main story.

The decision to review the Disney classic in Malaysia courted criticism from netizens, many of whom called it "stupid and laughable".

"Malaysia bans 'Beauty and the Beast' but is okay with nonsense Malay movies with no moral values, just full of brainless jokes," wrote a Twitter user in a tweet which drew more than 4,500 re-tweets.

Priyanka Laxmi‏ wrote: "Malaysia has so many things to improve on but we choose to look at petty stupid stuff like banning Beauty and the Beast. How disgusting."

"You don't ban a film because of a gay character. There are also gays in the world. I don't think it is going to influence anyone. We need to think, we must allow people to decide for themselves," he told the Malay Mail.

In neighbouring Singapore, where sex between men is technically illegal, the Anglican Church has issued a warning to parents over the film.

Bishop Rennis Ponniah said Disney films were "usually associated with wholesome, mainstream values" but that parents were "strongly advised to provide guidance to their children" about the film.

Last week, a Russian MP petitioned Culture Minister Vladimir Medinsky to ban the film over the inclusion of a gay character but the country's culture ministry granted permission to screen the film, with a 16+ age rating.

A Russian law prohibits the spreading of "gay propaganda" among minors.

Emma Watson plays Belle, the young girl who falls in love with a monstrous beast with a dark secret.

Her suitors - the Beast and Gaston - are played by British stars Dan Stevens and Luke Evans.

The film opens in the UK on Friday.

Why Gigi Hadid Is Calling Kanye a "Joke"

Ed Sheeran to appear in Game of Thrones
Previous Item
NEXT