How did the Kardashians make their millions?

Reality TV series Keeping up with the Kardashians has just returned for its 16th season, meaning the family's fights and blatant plugs for their product lines are once again on full display.

The series has now been running for just over a decade, with the family's fortunes growing in tandem with it.

Kylie Jenner - who when the series started was just nine-years-old - is now 21 and a billionaire.

With an estimated fortune of $1bn (£760m), according to Forbes magazine, the make-up mogul is by far the wealthiest member of the ubiquitous Kardashian clan, which is led by matriarch and "momager" Kris Jenner.

However, the rest of her siblings aren't exactly scrabbling around the back of the sofa for loose change.

Kim Kardashian West is a multi-millionaire thanks to her own beauty line, perfumes and her "kimojis"; Kendall Jenner is an international fashion model; Khloe Kardashian has her own jeans business Good American and eldest sister Kourtney Kardashian has benefitted from product endorsements and collaborations with fashion retailers.

Blurring the personal and the professional coupled with their astonishing reach on social media platforms has proved lucrative. The sisters' combined following totals 537 million, allowing them to squeeze millions of dollars from exploiting pop culture. 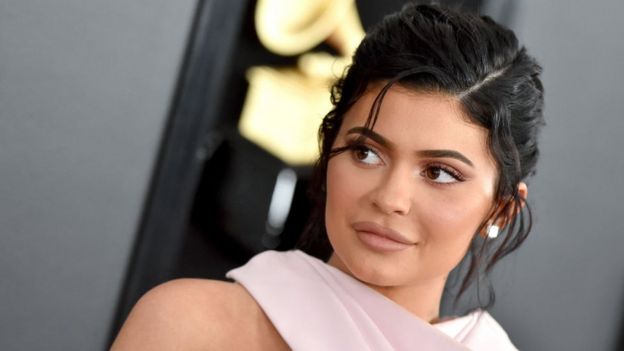 Kylie Jenner has made a fortune from her cosmetics line

"If you were to analyse the show, you would think it is very spontaneous," he said.

"But it is most likely scripted and planned and very curated to provide a clear and compelling message about what the producers and the Kardashian family want to have revealed about them."

How have the Kardashians made their millions?

This season of Keeping up with the Kardashians is focused squarely on a "scandal" involving Khloe Kardashian, her former partner Tristan Thompson and an alleged "hook-up" with Kylie Jenner's best friend, Jordyn Woods.

In the show, Khloe laments: "It just sucks it had to be so public. I'm not just a TV show. Like, this is my life."

Around the time the alleged tryst emerged, the price of the Jordy Lip Kit, which was a liquid lipstick and lip pencil that was part of a wider collaboration between Kylie and Jordyn, was discounted by 50%.

It soon sold out.

In an interview with The New York Times, Kylie Jenner said she didn't know the price has been cut, adding: "I would never do something like that".

But the fact is, the scandal shifted units. 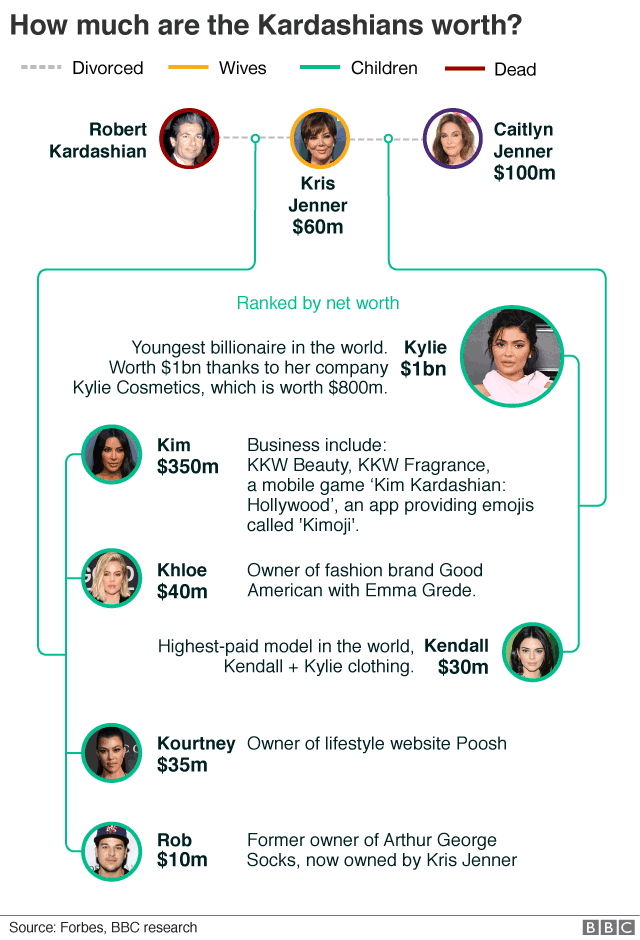 "Essentially, their entire lives are on display the entire time and I think that it does make them appear more relatable to certain consumers," said Alison Gaither, beauty analyst at market research company Mintel.

In that first episode, audiences also see Khloe at a photo shoot for her jeans company, Kim and Kylie discussing a perfume collaboration and Kim's husband, the rapper Kanye West, getting in on the act by talking about his own projects.

Coinciding with all this was the launch of Kourtney Kardashian's own lifestyle blog Poosh - a bit like Gwyneth Paltrow's Goop website but with considerably more flesh on display. 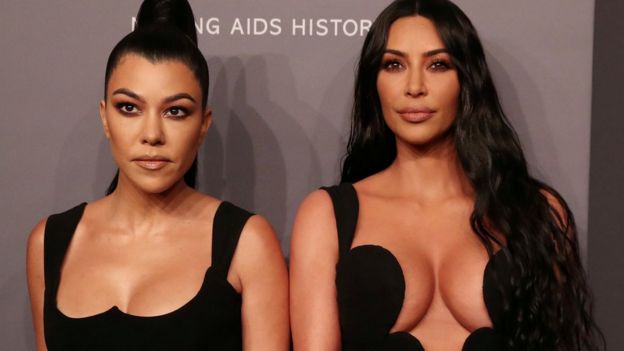 Like most things Kardashian, Poosh was announced via Kourtney's Instagram account, as was Khloe's jeans business last year, and the social media platform was central to the success of Kylie's cosmetics business.

Ms Gaither said: "What they've done the best is really leverage their social media following to create a brand that their followers actually want, especially when we think of Kylie Jenner."

When Kylie first launched her lip kits back in November 2015, she was able to market to millions of fans directly through her Instagram account which meant she was able to dispense with the cost of marketing and get an instant reaction on what people did or didn't like.

Lewis Sheats, assistant vice provost of entrepreneurship at North Carolina State University, said: "If you think 20 years ago for an entrepreneur to get feedback from 20 customers they might actually have to invite them in or build a product and get it in their hands or stand on a street corner and survey them.

"On a social media platform, they can reach hundreds of thousands of people within seconds and get feedback on a concept."

Have the Kardashians always made money?

Some of the deals that the family struck in the early days of their fame, in particular involving older siblings Kourtney, Kim and Khloe, haven't always been smooth-sailing.

The sisters became the faces of a make-up brand called Khroma Beauty through a licensing agreement. But after launching in 2012, the line was soon pulled from stores amid copyright infringement claims.

It rebranded as Kardashian Beauty, but even then the legal problems continued. It was only very recently that the family was able to extricate itself from the situation. 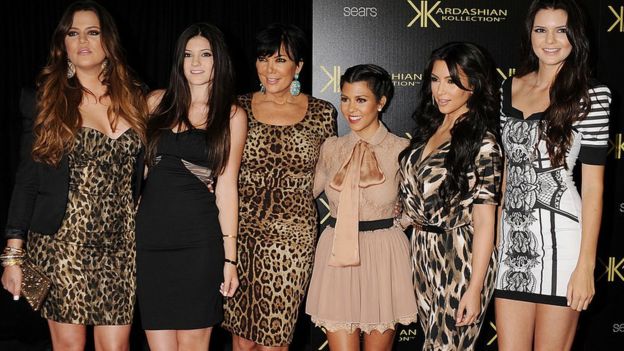 They also launched the Kardashian Kard, a pre-paid credit card aimed at teenagers and parents who wanted to track their spending.

It was soon scrapped, however, after Connecticut's former attorney general Richard Blumenthal said he was "deeply disturbed" by the card's high fees "combined with its appeal to financially unsophisticated young adults".

Even now, not everything they touch turns to gold.

Kendall Jenner's stint as the face of Pepsi collapsed in a storm of anger after she starred in an advert that some claimed trivialised the Black Lives Matter movement.

Pepsi pulled the advert the day after it aired.

Mum of three (soon to be four) Kim Kardashian West provoked the ire of the US Food and Drug Administration when she promoted an anti-morning sickness medicine.

And members of the family have garnered significant backlash for taking money to promote weight loss products.

Ex-Radio 1 presenter Jameela Jamil, who has a campaign around body positivity, described Kim Kardashian West as a "terrible and toxic influence on young girls".

Where next for the family?

The family's current television contract runs until this year and at this stage it isn't clear if the series will continue.

Viewing figures for the last season of the show waned as the 1.3 million who tuned in for the premiere dropped to 851,000 by the end of its run. 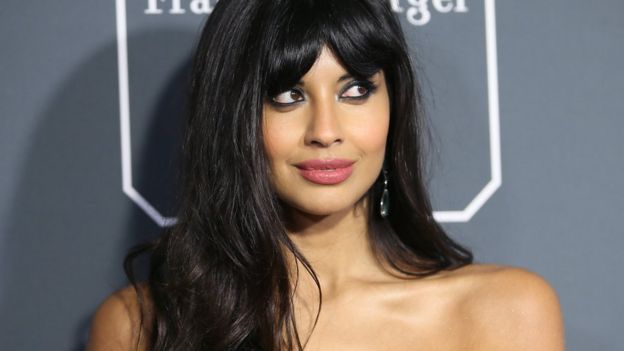 If the programme is nearing its end, would the family still have the same degree of success without it?

"They would certainly not get as much free advertising," said Professor McKelvie.

"But they've been successful in finding other ways to remain in the media by creating fake conflicts, whether they are self-made or not, that is free advertising."

'The Queen's Gambit' scores on Netflix

the Indian bride who wore a pant suit

Why was The Weeknd covered in bandages?

Don’t look down on traditional music

Word of the Year expanded

Swift wins artiste of the year for 6th time

Let your works do the talking —Worlasi

Actress to plead guilty in college scandal
Previous Item
NEXT