The secret diary of a Polish teenager murdered by the Nazis in 1942 is to be published after 70 years lying untouched in a bank vault.

Renia's Diary: A Young Girl's Life in the Shadow of the Holocaust is being released by members of Renia Spiegel's family.

The book has been compared to the diary of Anne Frank.

Her sister Elizabeth said: "I have read only some of it because I used to cry all the time."

Elizabeth, who changed her name from Ariana, remembers her sister as "a very quiet and a very pensive girl".

She told BBC arts correspondent Rebecca Jones her older sister was "like my surrogate mother". 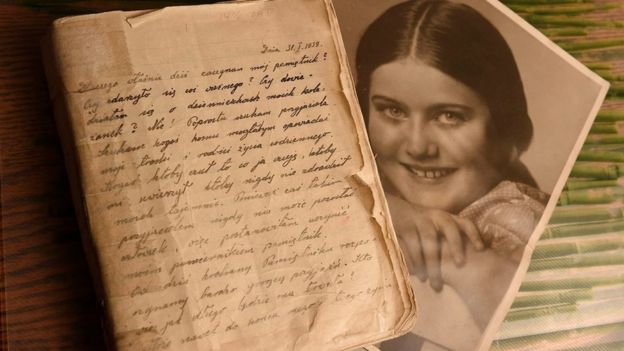 "She was very intelligent. She was the head of the literary programme in her school. And she was very, very kind and always thoughtful."

Renia Spiegel, from Przemysl, south-east Poland, began her book, which is released in the UK on 19 September, when she was 15. Its pages give a first-hand account of bombing raids, being forced to go into hiding and the disappearance of other Jewish families from the ghetto.

But amidst the tales of horror, Renia - who had aspired to be a poet - described falling in love for the first time with a boy called Zygmunt Schwarzer. They shared their first kiss hours before the Nazis reached her home town.

She was shot dead in July 1942 at the age of 18 by German soldiers who discovered her hiding in the attic of a house after she had escaped from the ghetto.

Wherever I look, there is bloodshed. Such terrible pogroms. There is killing, murdering. God Almighty, for the umpteenth time I humble myself in front of you, help us, save us! Lord God, let us live, I beg You, I want to live! I've experienced so little of life. I don't want to die. I'm scared of death. It's all so stupid, so petty, so unimportant, so small. Today I'm worried about being ugly; tomorrow I might stop thinking forever. 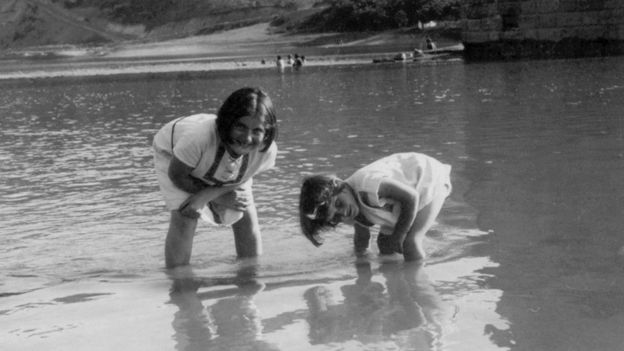 Renia and Elizabeth (Ariana) before war broke out

Zygmunt wrote the heartbreaking final passage in the book, following her death.

He was deported to Auschwitz but survived the death camp and became a doctor in the US army and, in 1950, found Renia's sister Elizabeth and mother Ró?a in New York, and returned it to them.

"It was a shocking experience to see it," said Elizabeth. "It was the first time my mum and I saw it. We were the only two survivors.

Elizabeth and her mother had felt too emotional to read the book when it was given to her by Zygmunt so it was stored in the bank vault.

"My mother, you know, never got over my sister's death."

The book was the project of Elizabeth's daughter Alexandra Bellak, who had it translated from Polish into English in order to be able to read it.

In 2012 Alexandra decided to have the diary translated to discover more about her aunt.

"It was after reading this diary that I was able to grasp the depth and breadth and maturity of this beautiful soul," she said.

"I thought, you know, I'm not just learning about Renia, for my sake, but everyone should know this story."