It's being promoted as the biggest live immersive game yet. Variant 31 is theatre - there are 150 real-life performers involved. But its creator is hoping it will bring in video gamers - and people who like jumping out of aircraft.

If you heard reports of reanimated cadavers roaming at will beneath New Oxford Street you might suppose London had been having a particularly bad day for public transport.

But producer Dalton M Dale is proud to stand in a slightly musty former shop basement and talk of the malevolent band of marauding zombies he's adding to the growing world of immersive theatre.

He's from North Carolina but in 2017 he came to London after a few years working on immersive shows in New York.

"London is the place to push the envelope of what immersive storytelling can do: the point about Variant 31 is that as you move through our really large site you get actively involved in the story. That's instead of standing at a slight distance and observing and admiring, which has often been the case with even the best immersive experiences."

Dale expresses admiration for the work of the Punchdrunk company, especially the immersive show Sleep No More seen in London in 2003. It's been a hit in New York for eight years and opened in 2016 in Shanghai.

Sleep No More is Macbeth reinvented as intense film noir which you walk through. It was the show which proved immersive theatre could make very large amounts of money. 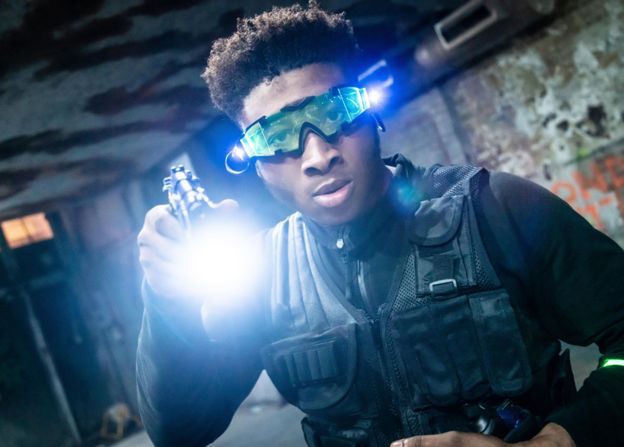 "Punchdrunk really changed the industry and the big thing was they made non-theatre goers excited about shows. That was a real achievement. But there's something I knew needed changing.

"In Sleep No More audience members wear a mask - essentially they're observers. But to me immersive has to mean you see it, hear it, smell it, feel it. If you have all four of those and you also have a great narrative, that's the real and immediate experience which Variant 31 wants to give."

Dale's company Big Dreamer Productions has acquired seven interlocking buildings on New Oxford Street - the kind of undistinguished buildings no one looks at twice. When you enter there's a small box-office (though most places are booked online) and an assembly point for the 90-minute adventure. Groups enter every half hour.

"You start at Patient Intake at Toxico Technologies," Dale explains. "Toxico 25 years ago has manufactured strange and nefarious materials for chemical warfare. You are given a piece of wrist technology which at key points across 35 floors will allow you to do various things: you can alter the lighting and open hidden passages and even change the weather. 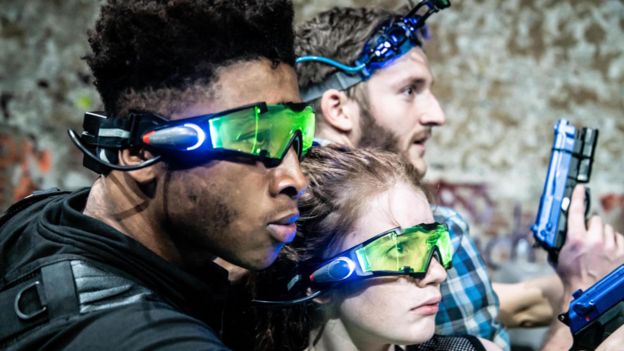 "From the moment you step into this world the hunt is on," says producer Dalton M Dale

"Creatures emerge as you move through. From the moment you step into this world the hunt is on and someone wants to catch you. Oh, and always bear in mind: the only way to kill a zombie is to aim for the head.

Players score points by killing the creatures and at the end of the experience there will be just one winner from your group. "We claim this is the first truly immersive experience: it's not spoon-fed like some other shows. Your presence matters and genuinely changes what goes on."

Dale says the show is the biggest employer of performers in the West End. More than 3000 people applied for 150 roles. How many creatures and other mysterious figures punters encounter depends on the route taken through the adventure - there are potentially 1000 ways through.

Some of the corners and angles you have to navigate are pretty tight - not to mention the crematorium feature which threatens to burn you alive. But Dale says safety is built in at every point. "We have hundreds of cameras and we have security officers and stewards everywhere as well as paramedic staff. We push the boundaries but in a way that's always health and safety conscious. 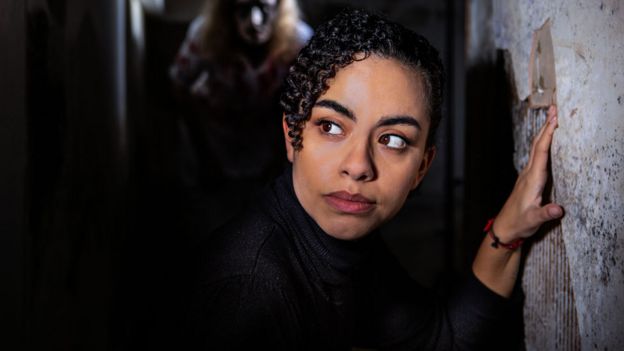 "We have three types of actors. There are the heroes and the face characters who lead you through and narrate the story. Then there are the creatures, who are the ones who'll rip your throat out."

None of this will feel very familiar to most habitues of the Old Vic or the Donmar. So is Variant 31 theatre? Or is it for gamers who want to take a screen-break and enter a 3D world?

"It's a kind of theatre of course and the performers are important. But we exist for people who play video games and who love going to theme parks or jumping out of aircraft.

"But I think theatre fans will get it too. In traditional theatre, and in fact in many immersive experiences, you're really a ghost. You watch the story unwinding in front of you but you have no way to shape it other than to applaud or maybe to laugh. But people who've grown up as gamers expect to be able to direct or at least influence the experience.'

Dale has huge confidence in the Variant 31 model.

"Video games are huge more or less everywhere. No one's brought them together with live horror like this."

After London the experience will open in a planned 17 cities around the world over the next five years. Dale has just licensed it for locations in China.

"The undead seem to have limitless international appeal. You'll have to decide for yourself what that says about the human psyche."

Wiley: Why Ed Sheeran and Drake are 'culture
Previous Item
NEXT

14 things you need to know
Next Item