A characteristically tough interview with Mr Cameron began with the former PM thanking him for "striking the fear into politicians like me".

But the host aimed a parting shot at politicians who do not allow themselves to be scrutinised on shows like his.

Meanwhile, Dame Edna penned a poem that joked about retirement.

The flamboyant entertainer, created by Barry Humphries, called them both "national treasures", adding: "You won't grow old, you'll just get nicely mellow/So hug your trees, play Elgar on your cello."

Humphrys has left the flagship morning news programme after 32 years. Closing the show, he thanked his colleagues, saying: "My apologies if I was just a teeny bit grumpy."

He also thanked listeners, adding: "I do hope you keep listening. Today matters for tomorrow. And if that's a rather corny way to end my years on the programme, then so be it." 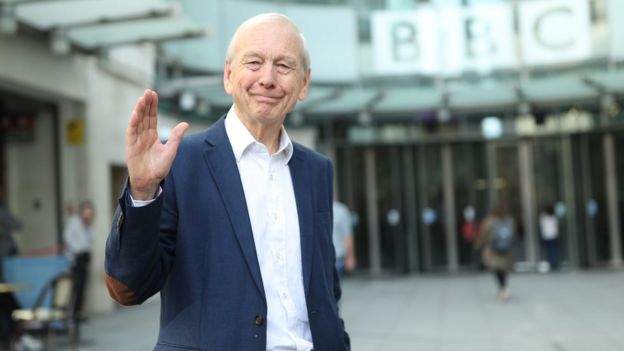 Humphrys has built a reputation as a tenacious if divisive interrogator, and said he had been "a seeker of truth" during his time on the programme.

Earlier on Thursday, Mr Blair took part in a discussion about the state of interviewing and politics. "The fact that I worry about doing an interview with you is a tribute to you, not a criticism," he said.

Their interviews were "often a pleasure", he said, adding: "It was occasionally not a pleasure but it was always worthwhile."

Humphrys has interviewed every prime minister on the programme from Margaret Thatcher to Theresa May. However, he pointed out that Boris Johnson had not appeared since he came to power, while Labour leader Jeremy Corbyn had stayed away for almost three years.

"Increasingly, politicians are talking directly to the people via social media so they can choose the questions they answer without being challenged," he said.

In his closing remarks, Humphrys thanked those he had interviewed, "including the politicians, or at least those of them, the vast majority, who still recognise it is important that people in power should be held to account, even if just occasionally we might give them a hard time".

The presenter quipped that Thursday's political guests had "been just a little overshadowed" by Dame Edna.

Her poetic tribute began: "We national treasures have but one requirement, and that is to give deep thought to our retirement."

Dame Edna continued: "How I loved to hear you sing when you and I had that tempestuous fling/But I've always been discreet about our lives and I've never breathed a word to your ex-wives." 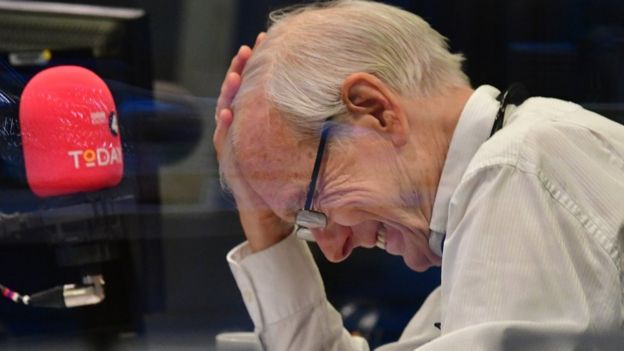 John Humphrys in the Today programme studio on Thursday

Another guest was the new chief executive of the Woodland Trust, Dr Darren Moorcroft. Humphrys asked about punishments for people who chopped down trees - but joked that he was dissatisfied with the answer.

"I was thinking of something a little more draconian - send them to jail if they chop down trees, that kind of thing," the presenter said.

Dr Moorcroft replied: "That may be your next job John if you become a judge at the Supreme Court." Humphrys added: "You're on - accepted."

Thought for the Day, delivered by Rabbi Lord Jonathan Sacks, was also about Humphrys and his "fearless moral passion".

He added: "In all the stuff you read in the papers about the Rottweiler Humphrys and all that stuff, you are also someone who handles interviews with people who have been through traumas or disasters, or have something they want to get off their chests but don't know how to do it, with amazing sensitivity." 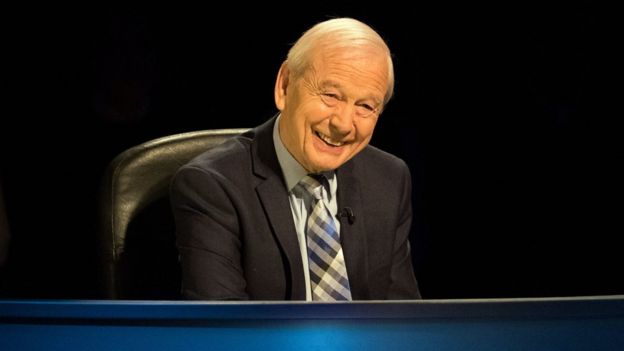 He will stay behind the Mastermind host's desk

He reminisced with current and former co-hosts at the end of Thursday's programme. Asked whether he really was someone who regularly interrupted interviewees, he replied: "Of course I am. Well, I'm an arguer. I love arguing."

The 76-year-old will continue to present Mastermind on BBC Two. 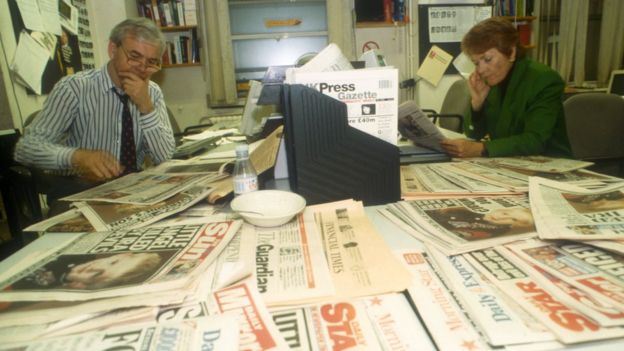 Six of Humphrys' most memorable (and controversial) interviews

Mr Cameron said the presenter had made his career out of "asking us questions we don't always want to answer, and calling us to account".

The former leader's comments came after Humphrys put it to Mr Cameron that he had "misled the nation" by failing to deliver on the result of the 2016 EU referendum, by leaving his post in government.