Billie Eilish, Mariah Carey and Alicia Keys will play a benefit concert with a difference to raise funds for those facing hardship as coronavirus spreads.

The socially-distanced stars will sing live from their own living rooms in a one-hour charity special to be hosted by Sir Elton John on Sunday.

The following day, Eilish will appear alongside BTS, Dua Lipa and others on another televised fundraising show.

They will star on a special edition of James Corden's Late Late Show. 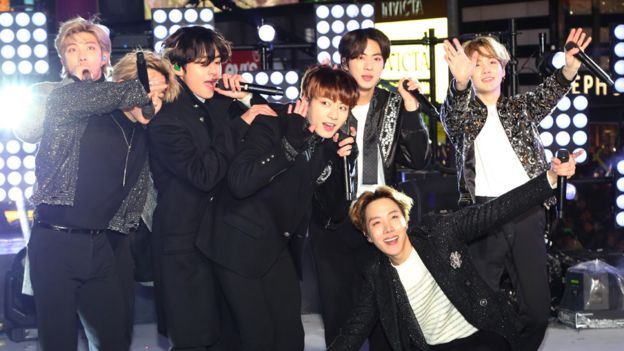 Broadcasting from his garage, the British host will link up with BTS in South Korea, Dua Lipa in London, Andrea Bocelli in Italy, and Eilish, her brother Finneas O'Connell and John Legend in Los Angeles.

"Shooting from James' garage may be far from perfect, but under the circumstances we hope it can help someone, somewhere, who needs some cheer right now," executive producers Ben Winston and Rob Crabbe said.

The event, dubbed Homefest, will be aired on CBS and will raise funds for The CDC [Centers for Disease Control] Foundation and Feed the Children charities.

Corden's talk show has been off air since mid-March because of the spread of the disease.

The previous day's benefit will raise funds for Feeding America and the First Responders Children's Foundation, and will air on Fox TV and iHeart radio stations in the US.

The iHeart Living Room Concert for America will take the place of the iHeartRadio Music Awards, which had been scheduled for Sunday evening - also to be screened on Fox - and which was postponed as a result of the pandemic.

The replacement will be used to thank and celebrate the health workers and others on the front line of efforts to cope with the pandemic.

Since the disease spread, many performers have cancelled live concerts and tours and moved from the stage to home-made broadcasts online.