Modern Family: US TV comedy bows out after 11 series

Modern Family, one of America's most popular comedies, drew to a close on Wednesday night after 250 episodes across 11 series.

Wednesday's two-hour finale on US network ABC began with a documentary and concluded with a two-part episode.

The show, which follows three different branches of the same family, has been a huge success with viewers and critics since its debut in 2009.

However, viewing figures have dropped in recent years.

After the finale aired on Wednesday, the show's fans took to social media to bid farewell.

Ellen DeGeneres tweeted: "Thank you to every single member of the cast and crew of Modern Family for consistently making us laugh and cry for 11 seasons. You've been a huge part of all of our lives and we miss you already."

"Congrats to all my Modern Family friends on the completion of their 11-year journey. So honoured to have been a small part of such a wonderful series and so sad to see this incredible family leave us," added actor Josh Gad, who has previously appeared on the show as a guest star.

Modern Family reached its peak popularity in 2013 and 2014, when it would generally attract an audience of at least 14 million viewers every week.

But as streaming services became more popular, the show struggled to maintain its popularity, dropping to about four million viewers per week in its later seasons.

At the peak of its popularity, the show won several major awards, including a Golden Globe for best comedy series in 2012. 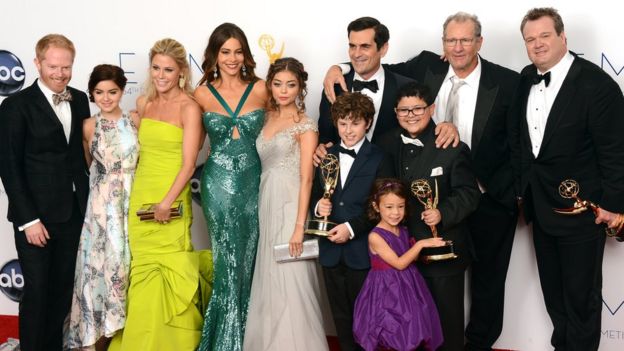 The cast of Modern Family pictured at the 2012 Emmy Awards

The show also won the Emmy for outstanding comedy series in each of its first five years.

When it won five awards in a single night at the 2011 Emmys, ceremony host Jane Lynch famously joked after a commercial break: "Welcome back to the Modern Family Awards."

The finale of Modern Family was unaffected by coronavirus as it had already been filmed before the outbreak and subsequent worldwide lockdown.

Many other TV shows have been cancelled or delayed while still in production.

The popular US series Empire, for example, was not able to shoot the last episodes of its final season before filming ceased.

What happened in the finale?

Skip this section if you want to avoid spoilers

The last episode saw all the three Dunphy children - Hayley, Alex and Luke - finally leave home as their parents Claire and Phil planned a cross-country trip.

Meanwhile, having secured his dream job, Cameron moves to a new home in Missouri with his partner Mitchell and their two children.

And Jay Pritchett reconnected with his wife Gloria with a romantic gesture, after she had embarked on a promising career of her own.

Modern Family was filmed as a so-called mockumentary - where the action scenes were combined with fake on-set interviews with the characters.

It was a similar treatment to The Office - a show which many viewers initially struggled to believe was scripted because of its style, with the characters appearing to give genuine interviews with improvised dialogue.

When Modern Family first debuted, it was praised for helping to normalise gay characters by featuring two men in a relationship adopting a baby girl - a far rarer sight on television in 2009 than it would become years later. 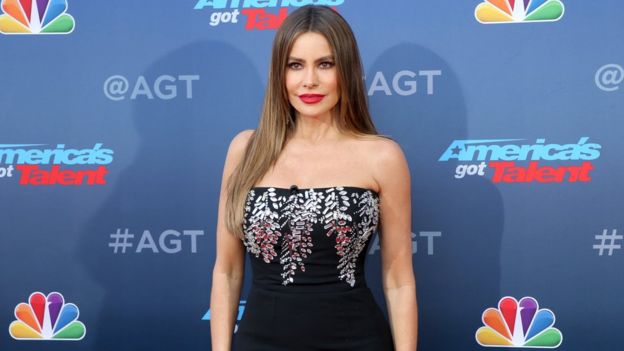 Gloria, portrayed by Sofia Vergara, was also one of the only major Hispanic characters on television at the time, although some viewers accused her and the writers of playing up to negative stereotypes of Colombian women.

Regardless, Vergara became the highest-paid actress on TV - thanks in part to the lucrative product endorsement deals she was offered after her exposure on Modern Family.

The show's creative team have notably left the door open for a possible spin-off series for Mitchell and Cameron, which has been suggested by some fans.

Series creators Steve Levitan and Christopher Lloyd discussed the potential for a spin-off in an interview with Deadline.

"I think that there are a couple of writers who are thinking about, well, 'is there a Mitch and Cam spinoff', but they're literally just thinking about it. They're using this time that we have now to think about it, if there's something there," Levitan said.

"I'm not driving this but I'm a huge fan of Jesse [Tyler Ferguson, who plays Mitchell] and Eric [Stonestreet, who plays Cameron], and those characters are of course near and dear to me, and I certainly think that they're strong enough to carry a show."

Lloyd was cautiously optimistic about the idea, commenting: "It does present a possibility for us. Will that happen? I'm not sure but we would be probably dumb to not explore it. 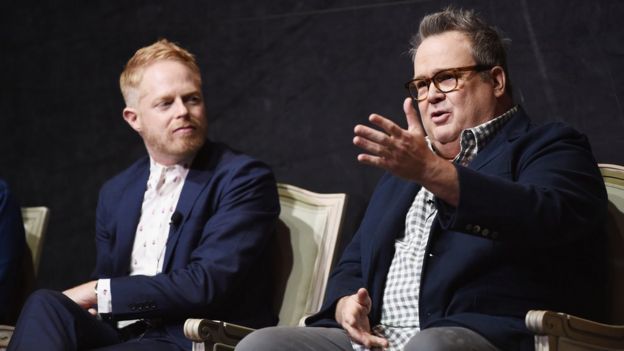 "However, doing a spinoff is fraught in a lot of ways and we won't do it unless we feel confident there's something there, I don't want to say it's a long shot, it's under discussion but we'll see.

"We don't want to jump into something like that, particularly because Modern Family is a tough act to follow, but that is a possibility."

What was the best year for music?
Previous Item
NEXT