Young Africans more likely to pay bribes than their elders

In its 2019 Global Corruption Meter, the group said its survey also revealed that the poorest people are twice as likely to pay a bribe – and more likely to be victims of corrupt behaviour by bureaucrats – than the richest.

The annual survey which is in its 10th year, said that in Africa corruption is highest in the Democratic Republic of Congo, where "75% of those who came into contact with the police paid a bribe". It is lowest in Mauritius.

The report also said foreigners play a significant role in fuelling and perpetuating corruption in Africa, "chipping away at the region’s sustainable development".

It said that companies resort to bribery to receive deals such as mining rights, contracts for major construction projects and other deals.

Transparency International said the survey results are based on nationally representative face-to-face interviews between September 2016 and September 2018, conducted in partnership with Afrobarometer. 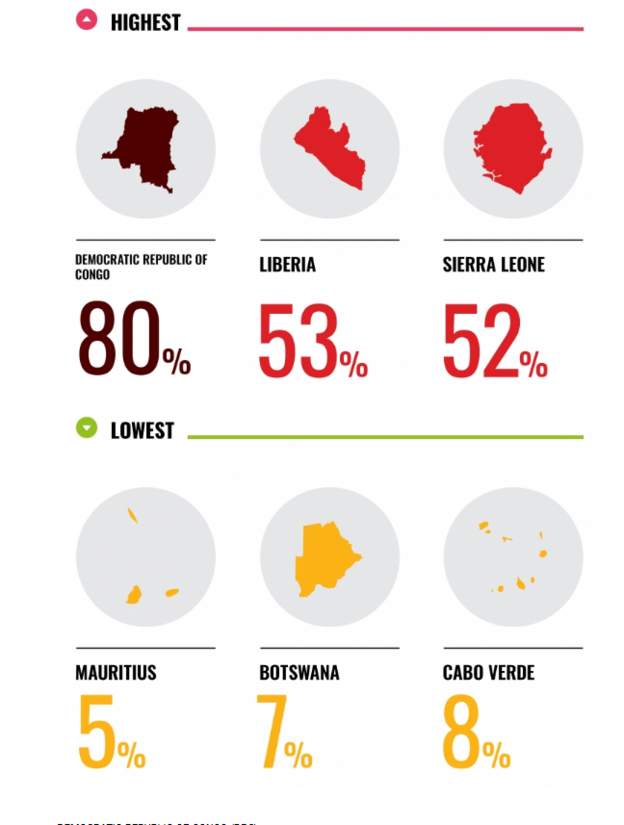 The best Vitamin D sources for everyone

Does drnking water have negative impacts?

No permits for cement companies