Former President John Dramani Mahama has asked parents with physically challenged children not to abandon them.

He indicated that persons with disability (PWDs) were as important as able-bodied people and needed the most attention and education to make them largely independent in the future.

Mr Mahama added that physically challenged persons did not seek sympathy, but rather opportunities to be able to realise their full potential.

The former President said this at the launch of the Charismatic Evangelistic Ministry’s (CEM) Ability Village Project at West Legon, near Accra on Sunday. 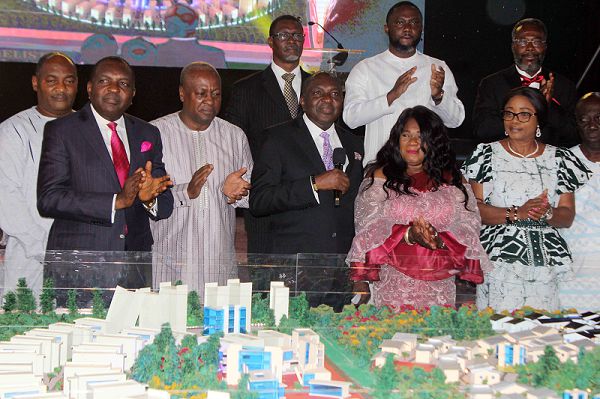 The $85-million village project to be located on a 2,000-acre land at Ningo in the Greater Accra Region will be a residential and livelihood empowerment community.

It will provide health and social care, education and training and enhanced economic activities estimated to cost $85 million.

Our perception about PWDs

Mr Mahama noted that 10 per cent of Ghanaians were people living with disability out of which some were born with the disability and others acquiring it at a certain point in their life. 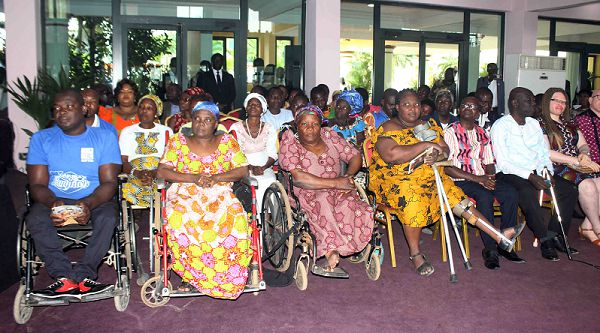 Some persons with disability at the launch of the CEM Ability Village. Picture: Maxwell Ocloo

The Project Director of the CEM Ability Village, Mr Fred Nuer, said the heart of the charity was the promotion of the rights of people with disabilities and providing for their special needs through impact-oriented solutions.

It will empower PWDs to live a more fulfilling and dignified life in society, with an objective to help them to eliminate stigmatisation, raise awareness of their needs and provide the requisite services to enable them to integrate into society, he said.

Mr Nuer noted that PWDs had been neglected as evidenced by the absence of adequate policies and projects that could support them to become economically active, which had plunged them into poverty with the vast majority of them living in seclusion and deplorable state.

He also mentioned that PWDs could not easily access services, public buildings and transportation, while some children with disabilities were unable to go to school with the unlucky ones murdered because they were perceived to bring shame to their families.

Mr Nuer said in accordance with The Persons with Disabilities Act, 2006 (Act 715), the Charismatic Evangelistic Ministry was taking this giant step by initiating the Ability Village Project to institute social and economic interventions to remove all barriers to the full realisation of the full potential of PWDs.

“We are taking this action and we need partners to help us in this quest. The leap is momentous but with your support, we shall attain this goal,” he added.

The Minister for Gender, Children and Social Protection, Mrs Cynthia Mamle Morrison, said usually it was true that issues relating to persons with disability were not given the needed attention but this time, her ministry would do its best to support the project.

She advised families who had people with disability to love them and embrace them as one of their own and be proud of them.

He also encouraged such parents and guardians to educate children with disability because those children would grow up to be breadwinners of their families.