Heavy rains for eight continuous days have caused havoc in the Upper East Region, as a number of people have lost their lives, while many others have either been displaced or injured.

Already, 20 people have been confirmed dead, with 19 also injured, while some 1,550 houses have been destroyed in the process across the 15 districts of the region.

Portions of a bridge in the Builsa North District which connects Jansa and neighbouring communities to Sandema, the district capital, have also been washed away.

There are indications that the death toll and the number of houses damaged could rise, as the Upper East Regional Office of the National Disaster Management Organisation (NADMO) is still collating figures.

The Director in charge of Operations of NADMO in the region, Mr David Mba, who made this known to the Daily Graphic yesterday, intimated that following rains from October 1 through to 11, some disasters and casualties were recorded in all the districts in the region.

“In fact, after going round, the team realised that the situation had not been good because some of the people got drowned in flood waters," he said.

He indicated that NADMO was still putting together the number of displaced persons, adding that some of the affected people were putting up in churches and classrooms, while some were with their relatives. 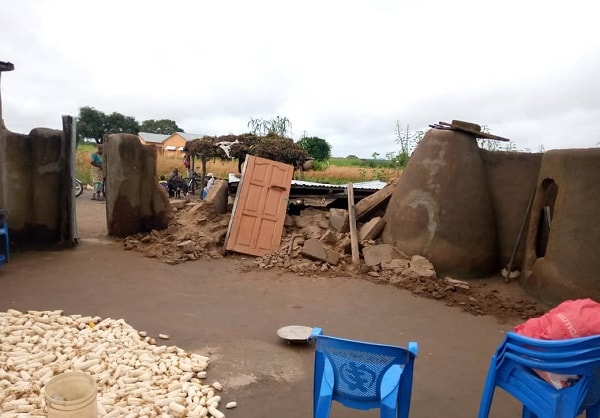 Mr Mba explained that NADMO was liaising with the Ghana Red Cross Society and other stakeholders to see what could be done about the situation and appealed to public-spirited and non-governmental organisations to support NADMO to bring quick relief to the affected people.

Touching on the effect on farmlands, he noted that during the assessment, it was realised that a significant number of the people had started harvesting their crops and so with the exception of a few farmlands that had been destroyed, there were no issues regarding the destruction of crops. 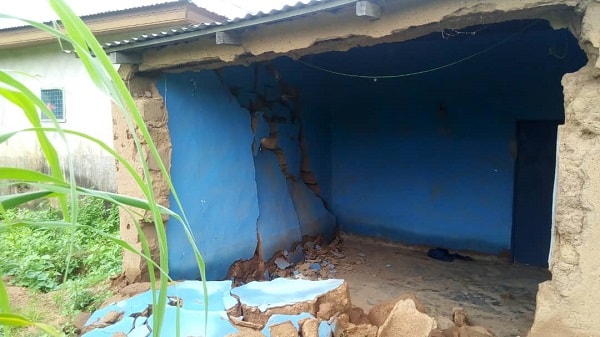 The Ghana Meteorological Agency (GMet) has, since the beginning of the year, issued warnings that the frequency of rainfall will increase this year.

It forecast that during the peak period in June, the frequency of the rains would increase and also last for longer periods — the interval between one rainfall and another would be either a day or two.

In an interview with the Daily Graphic, the agency had forecast more rains across the country up to the end of November this year,  warning of possible flooding in some areas.

The Head of Research and Applied Meteorology at the GMet, Mrs Francisca Martey, in that interview, indicated that there would be continuous above-normal rains and consequently urged the public to brace themselves up for the situation.

Although the country is in the minor rainy season, it has been experiencing heavy rainfall in the last few weeks.

However, Mrs Martey told the Daily Graphic that there was no break from the major rainy season to the minor season.

“It is normal to experience more rains during the minor season. The difference this time is that we have had continuous rains from the major season to the minor and they are above normal rainfall,” she said.

She added that this year had had longer rainy days, compared to last year.

Although the GMet had earlier forecast that the northern part of the country would experience the rainy season in April and May and end in October, she said it was also experiencing the heavy rainfall in this minor season.

Considering the fact that the soil was already moist from the rains, Mrs Martey predicted that subsequent rains could cause floods in some parts of the country and, therefore, cautioned the public to be on the alert.

25 Simple Ways To Teach A Child To Write

Amidu to retrieve debt from Waterville
Next Item