The government is working to reduce the cost of housing in the country by 40 per cent in order to make it affordable for Ghanaians, the Minister of Works and Housing, Mr Francis Assenso-Boakye has said.

According to him, as part of the strategy to achieve this, the government would subsidise housing by making available free unencumbered land and the necessary infrastructure to private developers to build for Ghanaians. 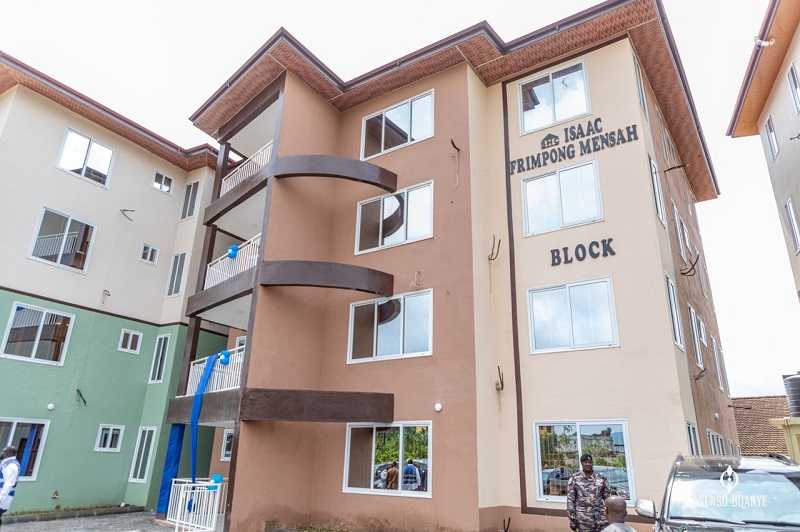 “The government has developed a new policy of providing affordable houses for Ghanaians. Government will subsidise the affordable housing project through the provision of free unencumbered land and infrastructure for private developers,” he emphasised.

Mr Assenso-Boakye made the disclosure at the formal inauguration of the Urban Premier Court of the State Housing Company (SHC) and handing over of apartments to the home owners at Adenta in the Greater Accra Region yesterday.

The Urban Premier Court is a 40 unit apartment block constructed by the SHC and forms part of its numerous housing projects across the country.

He said the government had acquired some 200 acres of land near Pokuase for its pilot project which would be financed through some kind of mortgaging plans with some selected banks in the country.

Mr Assenso-Boakye commended the SHC for its resuscitation and making sure that the housing deficit was reduced.

He said the government had been following the exploits of the SHC and would partner it to deliver affordable housing for all.

“Government is also in arrangement with a consortium of banks to provide financial support for the provision of affordable housing in the country.  Let me say one of these banks is AFD,” he said.

On his part, the Managing Director of the SHC, Mr Kwabena Ampofo Appiah, said the Urban Premier Court formed part of a number of its projects that had been completed and ready to be handed over to their owners.

He explained that the project started in 2011 but had to be abandoned midstream due to a number challenges.

However, in 2020 the new management of the company decided to take it up and complete them and that was what had culminated into the new apartment.

Mr Appiah said the new management had managed to bring back the company onto its feet, and was working not only to make it profitable but also help achieve the President’s vision of providing affordable housing for Ghanaians.

538 die from terrorists attacks in WA

Bringing life back to nature and people

Israeli paid internship will be cancelled if.

MACCCU increases membership to 12,617
Next Item